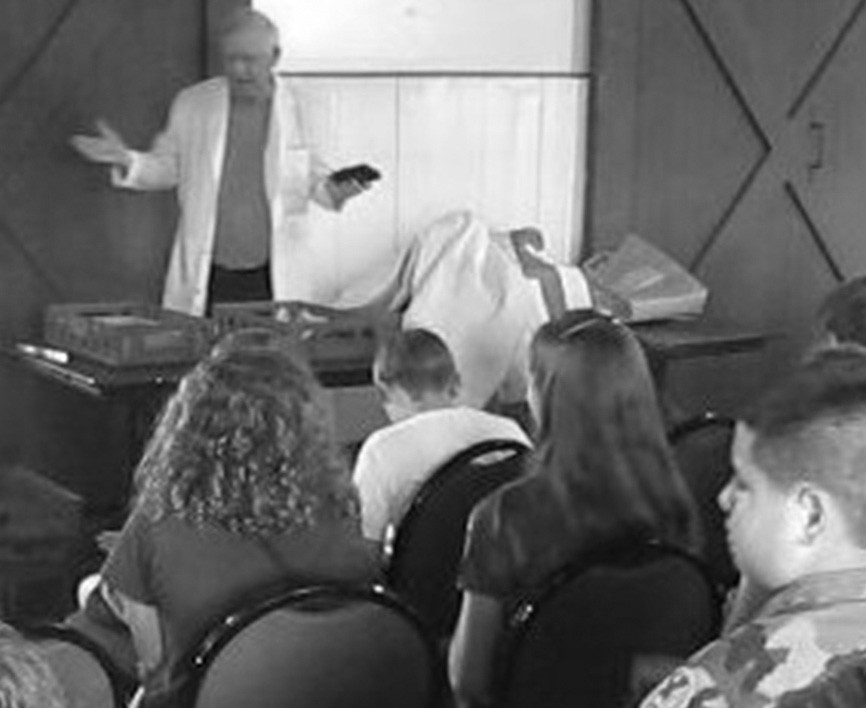 Dr. Robert Ham of Blount Springs presented “Wild Lizards and Snakes” to an audience of 52 home schoolers at Blount County Memorial Museum recently. The program was the second in a series of cultural enrichment lessons being offered through the museum to home-schooled children in the county. The third program will be a class on light energy and its applications in science, forensics, and everyday life. It is scheduled for Thursday, April 12, at 1 p.m. It will be taught by Blount County deputy coroner Joseph Lumpkin and will include a field trip to the coroner’s lab where the class will see various kinds of trace evidence, invisible under normal conditions, illuminated using chemical fluorescense and certain frequencies of light. Museum curator Amy Rhudy says that the lower age limit for children attending the session is eight years, no exceptions. – Ron Gholson