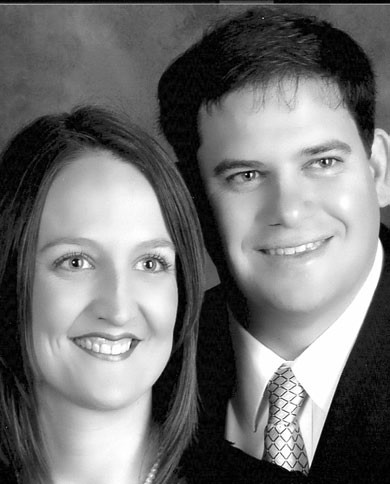 
The bride-elect is the granddaughter of the late C.O. Burkhalter of Gordo, Mary Virginia Dyer of Northport, and the late Mr. and Mrs. Robert Homan of Gordo. She is a 1994 graduate of Demopolis High School and attended The University of Alabama were she received a bachelor of science in elementary education. She was a member of Chi Omega sorority and is employed by Mountain Brook Schools in Birmingham.

The prospective groom is the grandsonof the late Mr. and Mrs. Henry William Paris of Atlanta and Mr. and Mrs. Hobert Hill of Oneonta. He is a 1995 graduate of Appalachian High School and attended Auburn University before earning a bachelor of science in physical education at Jacksonville State University. He then earned a master of science in K-12 administration at Auburn University, where he is currently working toward a PhD in adult education. He is employed by Auburn City Schools.

The wedding will take place June 6, 2009, at 5 p.m. at the First United Methodist Church in Demopolis.