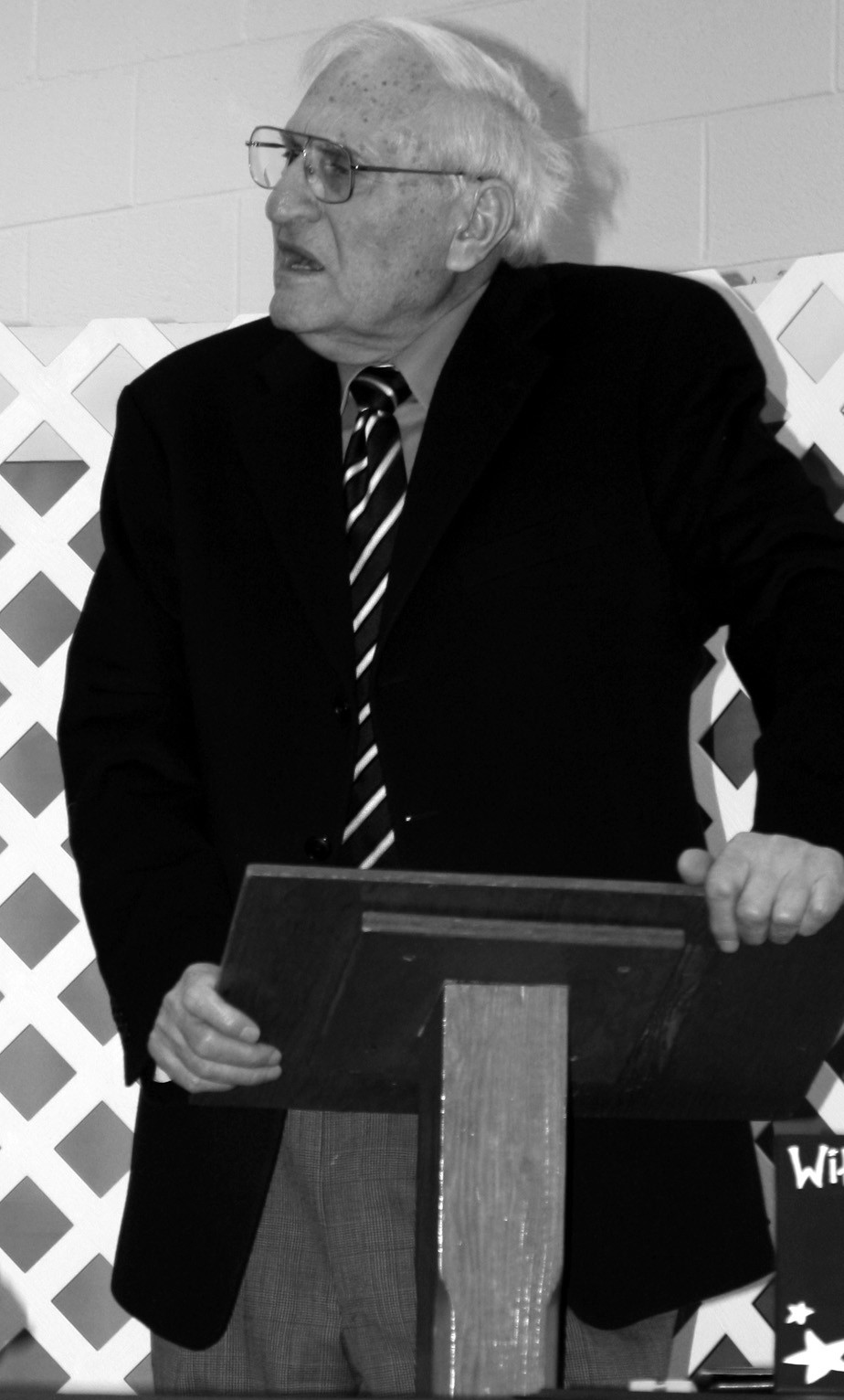 It took Max Steinmetz 25 years to tell his complete story to his wife Betty. However, at the age of 88, Steinmetz now shares his story in front of crowds. On Friday, Steinmetz told the story of how he survived the Holocaust to 150 eighth-and tenth- grade students at Susan Moore High School.

This year, the students read books about the Holocaust including “The Diary of Anne Frank,” “The Boy in the Striped Pajamas,” by John Boyne and “Night,” a firsthand account of the Holocaust by Elie Wiesel.

Interestingly, Wiesel’s and Steinmetz’s journeys were similar. Both lost their father, mother, and siblings during the Holocaust, both went through the Auschwitz concentration camp and faced the infamous “Angel of Death”, Dr. Josef Menegle, and both had their faith tested. Steinmetz says he and Wiesel have even discussed the matters, however, they did not meet until years after the Holocaust ended.

Stephanie Prichard, an eighth-grade teacher at Susan Moore, says hearing Steinmetz talk about people and events who were mentioned in the books was surreal to the students. Prichard, along with 10th-grade English teacher Janet Jordan, arranged for Steinmetz to attend Susan Moore.

During his speech, he talked about his experiences from the beginning of the Holocaust when he and his family were moved to a ghetto, to when he ran away from his slave labor camp to a light in the middle of field that turned out to be the house belonging to a woman and her young son. When he arrived at the house, Steinmetz was 6’1” and weighed 80 pounds. He says he regrets never finding and visiting the woman and her son.

He was rescued and taken to a hospital and then moved to a camp for displaced persons and declared that he wished to move to America.

However, the application process was long. In 1946, he filled out the papers for his visa, and they were not approved until 1948.

He worked in the kitchen of a ship to pay for his travel expenses to America where he began working in New York for 25 cents an hour.

He moved to Denver where he attended school every night to learn English.

“Without school, you’re not going to get anywhere,” he told the students. “Education is important. Don’t you ever forget it for a moment.”

In Denver, he worked for a shoe company before being promoted and moved to Birmingham where he met Betty, his wife of 50 years.

“I like to see the students’ reactions when he tells his story,” Betty says. “I’ve been going to his speeches for many years, and he always mentions something different so I listen carefully. Primarily, the purpose is to bring a peacefulness to this world by learning how to be humane and not be prejudiced. His speech filters out in the world.”

Steinmetz said the students he speaks to are the future.

“It was so interesting to listen to a person who survived the Holocaust, and to hear his stories,” Perkins said. “It is hard to realize people can and were capable of doing such cruel things to fellow human beings, and their only crime was being born Jewish. I am glad to live in a place where we do not have to worry about something like that happening again.”