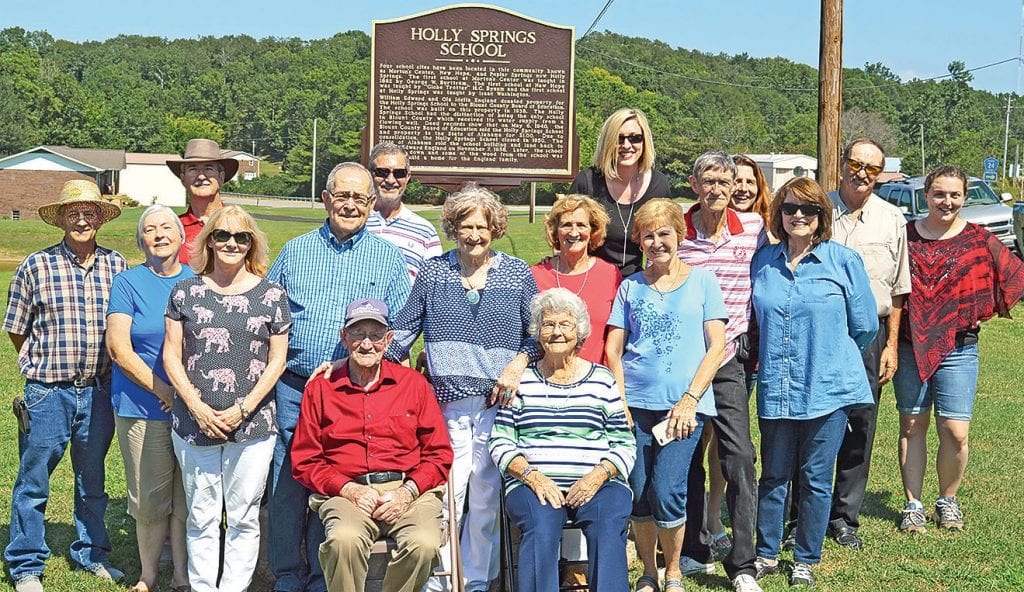 Buying a new home can sometimes lead to surprises, hopefully good ones. That is exactly what happened to Amy and Leland Rhudy earlier this year when they bought a home that sits near the intersection of County Highway 24 and County Highway 27.

The Rhudys purchased the house from Gail and Bucky England, but at the time of the closing, they did not know the history of the property. A friend later told them the property once held the Holly Springs School. To many people, this would have been a curiosity they could share with guests around the dinner table, but to Amy Rhudy it meant much more. As the curator at the Blount County Memorial Museum, she recognized the historical significance of the site.

Research at the Blount County Courthouse and Board of Education, along with conversations with members of the England family, turned up documents confirming Bucky’s grandparents, William Edward and Ola Idella England, donated property to the BOE for the school, which was built in 1938. Rhudy requested the Blount County Historical Society provide a historical marker to memorialize the location. The Society members approved the marker, its first, said president Stanley Moss. Going forward, he said the group would consider markers for other significant sites.

Several descendants of the elder Englands say the school had one large room that was divided into two classrooms, one for first through third grades and the other for grades four through six. Rhudy said the records she found indicate the school closed in 1950, although at least one England family member thought it operated for a few years after that. The records show the school and the property were sold in 1958 back to the same William England who had donated the land. The building was torn down and family members said lumber from it was used to build a nearby home for some of England’s relatives.

Last Thursday, the Rhudys hosted a number of England descendants and relatives who gathered to share memories and dedicate the historical marker.