Historical site gets copy of historical document creating it 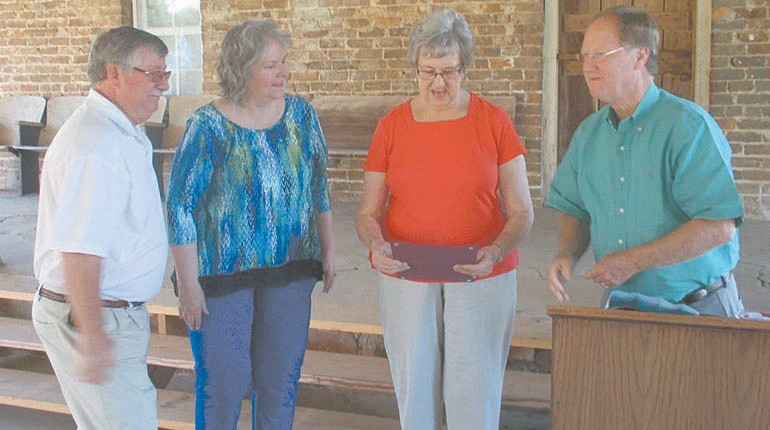 After the presentation, members of Blountsville’s Alabama 200-year Anniversary Committee, headed by Alan Gilliland, discussed ideas to participate in the state observance. Gilliland himself said he had always wanted to build a replica of the Bear Meat cabin and trading post, Blountsville’s original namesake, presumably for placement in the park. Joyce Thompson mentioned plans to build a kiosk containing detailed information about the St. Stephens-Huntsville road and its role in the pioneer-era settlement of the area, and place it along the old roadway through the park.