Historical marker to be unveiled Saturday 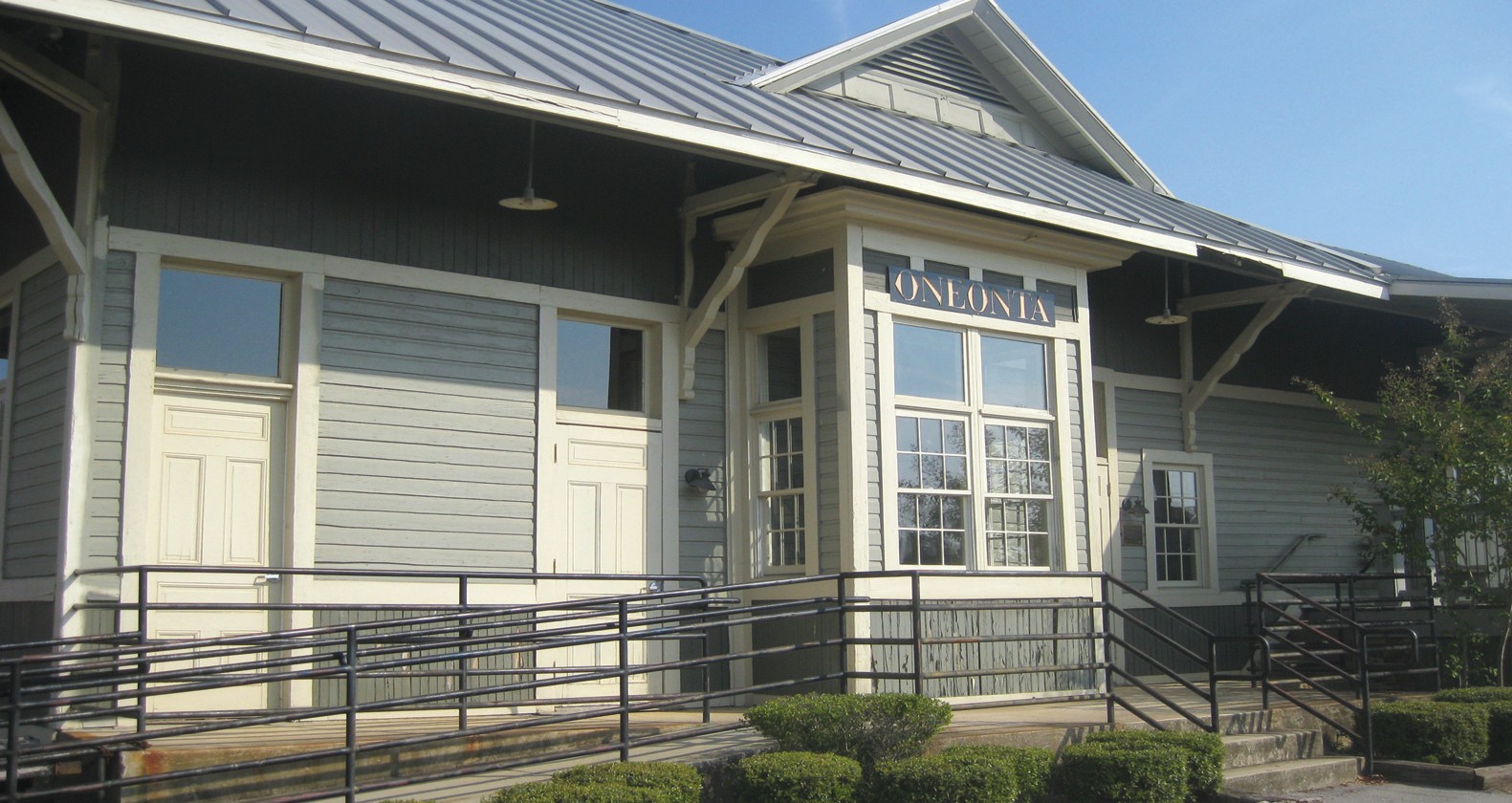 L&N DEPOT at Oneonta Rec Park, a piece of history captured, is maintained by the city and used by widely varying groups.

A historical marker awarded the Oneonta L&N depot will be unveiled and dedicated this Saturday, Oct. 23, at the 3 p.m. monthly meeting of the Blount County Historical Society.


The meeting will be held at the county Memorial Museum, 204 Second St., Oneonta. It takes place during the Covered Bridge Festival and is a feature of the 2010 Alabama Year of Small Towns and Downtowns.

Guest speaker will be Lee Singletary, president of the L&N Historical Society. A resident of Alabaster, he has been interested in the history of the Louisville and Nashville Railroad for most of his life and in the Birmingham Mineral Railroad for many years. He is dedicated to the preservation of L&N history.

Following is part of the wording appearing on the historical marker:

“Starting in 1889, the Louisville and Nashville Railroad, also known as the Birmingham Mineral Railroad, began railroad freight and passenger service to Oneonta with the completion of the rail line from Boyles Railroad Yard near Birmingham to the Champion iron ore mines. By 1905 the railroad through Oneonta ran to Attalla and Gadsden to the northeast, connecting with the Alabama Mineral Division of the Louisville & Nashville Railroad.

“Originally the L&N provided passenger and freight service to Oneonta, and the L&N depot provided the passenger ticketing and waiting area. In addition, the railroad’s agent had space in the depot to handle freight billing and railroad related operational work. Railroad passenger service ended in 1951. The L&N railroad depot was located in downtown Oneonta behind the Garner Hotel. In 1975 the depot was moved from the downtown area to the present location and since has been used as a meeting site for various functions ….

“The origin and development of Oneonta was due to the coming of the Birmingham Mineral Railroad, a part of the Louisville & Nashville Railroad. Because of the presence of iron ore, limestone and coal in the area, there was always a great potential for development. The early settlers recognized the value of the natural resources, and the transportation provided by the railroad made the potential become an iron and steel industry supporting reality. As the settlers built their early homes, Oneonta’s neighborhoods took shape around downtown and around the L&N Railroad depot.

“There are many historic sites in Oneonta, including the Depot, the Garner Hotel Building, and the historic Tin Town area. Oneonta proudly celebrates the connections to History and small towns and downtowns.”