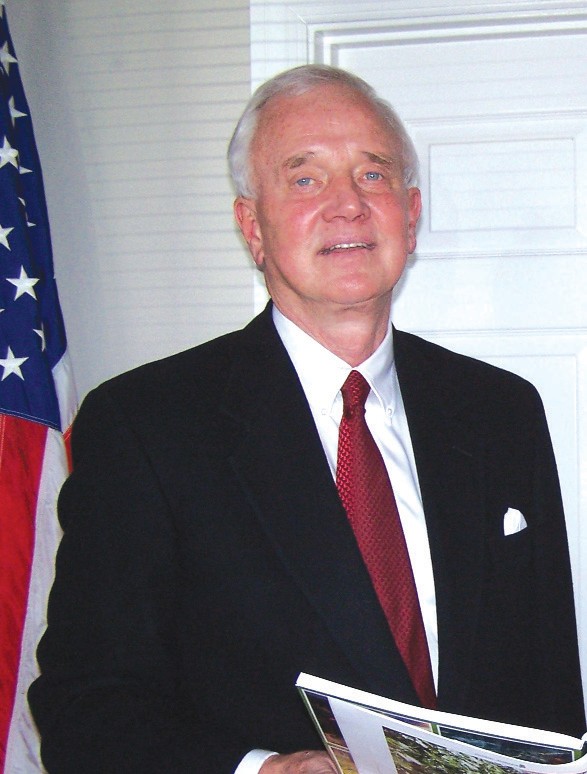 Former Sen. Hinton Mitchem, who served in the Alabama Legislature for more than three decades, died last Tuesday, Jan. 22, following complications from Alzheimer’s Disease. He was 74.

Before his retirement in 2010, Mitchem had been elected nine times to the Alabama Legislature – one term in the House of Representatives, and the remainder, more than 30 years, in the Senate.

He represented Senate District 9 including northern Blount County, Marshall County, and portions of Madison, and at one time, DeKalb counties. At the time of his retirement, counting his combined legislative service, he had served more time in the Legislature than any other senator in Alabama history. In 2007, he was elected president pro tempore, the topranking job in the Senate.

Over the years, he served more than one term as chairman of a number of important committees, including the Finance and Taxation Committee, Education Committee, General Fund Committee, Confirmations Committee, and Joint Legislative Committee on State Parks. Accomplishments

A strong supporter of education, Mitchem recognized the need for a chancellor to oversee the state’s junior colleges and technical schools. In 1982, he sponsored the bill establishing a system chancellor, helping fuel the growth of the state community college system and providing expanded opportunities to Alabamians for affordable higher education.

He also took the lead in passing the TVA in-lieu-of-taxes bill that took money paid by the Tennessee Valley Authority to the state and returned it to the counties where TVA operates. From 1983 to 2010, it meant more than $50 million to schools and local governments in his district. He considered it the most important piece of legislation for his district during his service in the Legislature.

Former state Rep. Bob Harvey of Oneonta, who served more than 15 years in the Legislature himself, said his close friendship and working relationship with Mitchem goes back many years to the 1960s, before either had been elected to the Legislature, when both were active in the Junior Chamber of Commerce in their respective towns. The Blount Countian asked him to reminisce about Mitchem’s efforts on behalf of the county.

“There were many things large and small over the years,” he said. “For example, we worked hard for several years to get the project going to four-lane state highway 75 from Pinson to Oneonta. When I was not reelected in 1994, it started to fall by the wayside. Hinton stepped in on that and called me and said, ‘We’re going to finish that highway.’ He was very instrumental in seeing that project through to completion.

“Back in the 80s, J.B. Pennington High School burned,” Harvey continued. “We were trying to find money to rebuild the school. We needed about $2 million. Hinton handled that in the Senate. We got the $2 million. We couldn’t have done it without him.”

“One of the local banks had a mortgage on the property around Highland Lake and they were about to foreclose. The town wanted to buy it, but didn’t have the money. A group of us including Hinton, Judge (Frank) Green, and the former mayor of Highland Lake went to Gov. Wallace and asked him for the money. He said he didn’t have it right then but could get it in six months or so. We had to sign a personal note for six months to get the bank to hold off until Gov. Wallace got the money. Hinton signed that personal note with me and Judge Green.”

Mitchem was known for his ability to build coalitions with fellow senators through statesmanship and understanding their needs.

“You know, the House and Senate don’t always get along too well,” Harvey said. “Hinton was never that way. He was a friend to everyone.” ‘…did more for the county than anybody…’

Summarizing Mitchem’s contributions, Harvey said, “He did more for this county than anybody we’ve ever had in the Alabama Senate, and he didn’t even live here.”

That sentiment was echoed by state Sen. Clay Scofield, who succeeded Mitchem in 2010 as senator for District 9.

“What he was able to accomplish and the amount of time he served the people of our district and our state was unprecedented,” Scofield said. “I dare say it will never be seen again in that magnitude.”

He was eulogized by former Senate colleagues from around the state for his contributions to Alabama citizens.