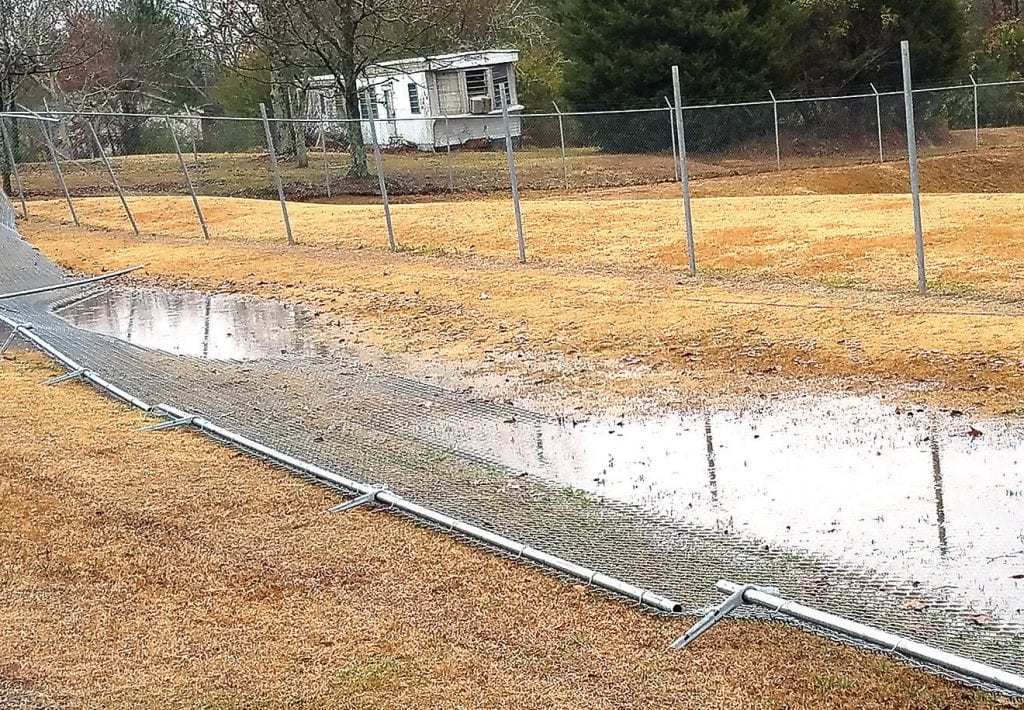 The fence surrounding Appalachian School property was blown down by strong winds over the weekend.

High winds and three consecutive days of rain played havoc within the county this past weekend. The National Weather Service issued high wind and flood advisories during this time.

According to EMA director Don Roybal, flooding, which caused some roads to become impassable, minor property damage, unconfirmed structural damage, power outages, and trees down were widespread throughout the county.

Flooding waters present on the roads at U.S. 31 in Hayden, near Top Hat BBQ, Sibleyville Road in Warrior, and Center Springs Road at Philadelphia Road in Trafford made them treacherous for driving.

Blount County 911 reported they had received 113 weather related calls from Friday until Monday morning. Dispatch had 90 calls regarding trees down, 16 calls related to power lines being down or had trees across them, six floodwaters crossing the roadways, and one investigative weather call at Appalachian High School where the football fence had been blown down.

Alabama Power spokesperson Jacki Lowry confirmed approximately 7,100 customers were without power during the weekend weather. These outages were primarily due to trees blown across power lines or had been taken down by the toppling trees.

Alabama Power crews worked throughout Saturday night and Sunday to restore power. As of 5 p.m. Sunday night, Lowry reported the majority of the power had been restored to the county.