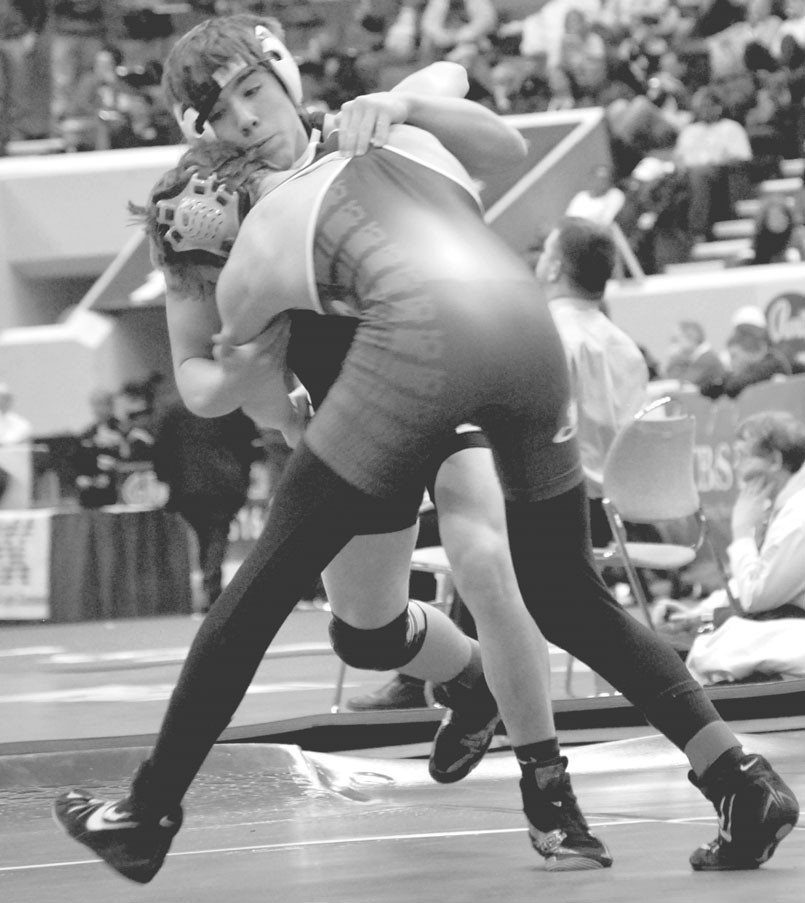 
Buchanan pinned all three of his opponents at 140 pounds. He pinned Springville’s Mac Kilpatrick in just 16 seconds in the first round and then needed just 1:47 to pin Scottsboro’s Chase McClure in the semifinals.

In the finals, Southside-Gadsden’s Brannon Estes lasted 2:44 before Buchanan pinned him for the title. Buchanan finished the year with a record of 54-4.

Hayden’s Tyler Newton won the 160 pound title. Newton pinned Springville’s Justin Ferguson in the first round and won a majority decision (18-7) over Chilton County’s Colby Bernier in the semifinals. The championship match was close but Newton pulled out a 10-8 decision over Southside- Gadsden’s Dakota Isbell.

Newton finished the year with a mark of 36-6.

Susan Moore’s Phillip McEvoy (171 pounds) and Cody Self (189 pounds) finished third with each scoring pins in their final match.