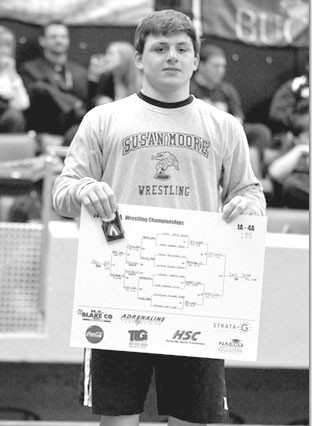 Self, the state titlist last year at 189 pounds, pinned St. Clair County’s Josh Hardin in 3:38 in the finals. His three pins at the state tournament gave him a mat time of just 5:41.

Hayden got state titles from Trey Howse (145 pounds) and Anthony Scott (182 pounds) and finished fifth with 73 points, well off the pace of 5A champion Scottsboro’s 159 points. Hayden also got a second-place finish from Chase Johnson (170 pounds).

Finally, Oneonta was represented by Blaise Brown, who won three out of four matches by pin and took third place in the 285-pound class.