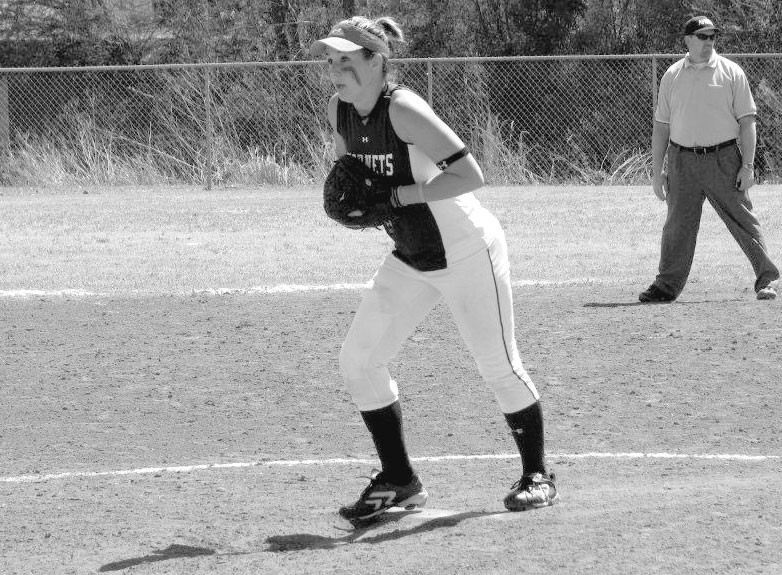 Locust Fork’s Jordan Hood was on the mound for the win over Oneonta.

The Locust Fork Hornets and Oneonta Redskins met last Thursday at Locust Fork with the 4A Area 10 regular-season title and the right to host the postseason tournament on the line.


Oneonta started the game with a run when Baylee Gibbs reached on a walk and later came around to score on a single by Rebecca Sloan.

The Redskins’ Kelsey King limited the Hornets for the first five innings before the home team finally got something going with two outs in the sixth. Hannah Kirkley singled and then came around to score on a triple off the bat of Mary Rhodes.

King was holding down the Hornets but Locust Fork’s Jordan Hood was doing the same to the Redskins and the game went to extra innings tied 1-1.

King had given way to Sloan in the sixth inning and cruised through the seventh but the eighth inning was different.

Christian Rhodes led off the bottom of the eighth with a home run to give the Hornets the 2-1 win and the regular season title.

King gave up just one run on three hits with one walk and four strikeouts.

Hood got the win and allowed six hits and four walks with 11 strikeouts.

Locust Fork hosted the area tournament yesterday with the host Hornets meeting Ashville in the first round and Oneonta facing St. Clair County. The tournament will conclude tomorrow.

The Hornets raked over the Bulldog pitching staff for 14 hits including seven doubles, a triple, and two home runs to set up the area-deciding game with Oneonta the next day.

On senior night, the Lady Wildcats pounded out 18 hits and eased to a win over the No. 10 team in Class 3A.

Laila Russell started for the Wildcats with Caitlin Kirkland going the final 5.2 with eight strikeouts. Kirkland also had a triple and a single and scored two runs.

Hayden faced Erwin yesterday in the 5A Area 11 Tournament at Mortimer Jordan with the winner scheduled to face the top-ranked host team in the next game. The tournament will conclude tomorrow with the championship game set for 7 p.m.