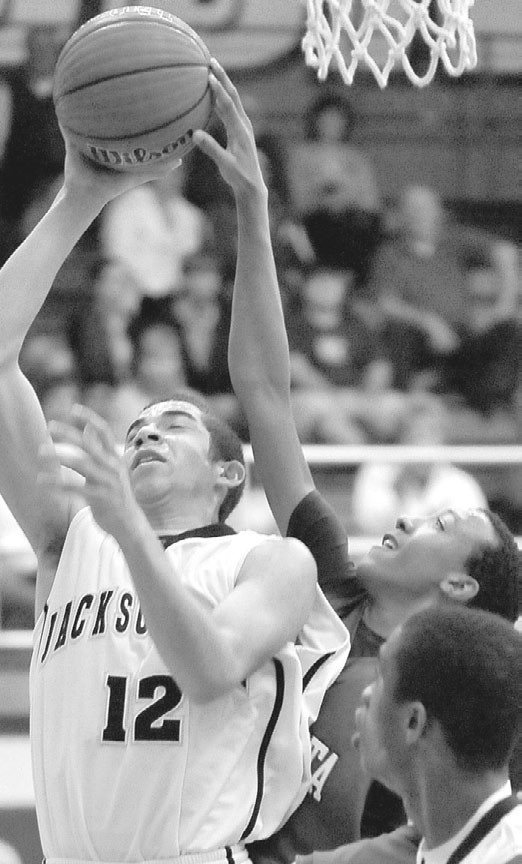 
In last Thursday’s Northeast Regional semifinal against Jacksonville, the Redskins led throughout – even dominated at times – yet somehow found themselves on the losing end of a 48-46 nail-biter.

The Golden Eagles had dropped the Redskins by nine points during a December game but this one was different from the start.

In a game played at a very deliberate pace for the first three-and-a-half quarters, the Redskins controlled the action. Oneonta was very efficient on the offensive end and never let the Golden Eagles get into any kind of offensive rhythm – mainly because senior guard Cory Glasscock harassed Jacksonville playmaker Ethan Maske from the opening tip. 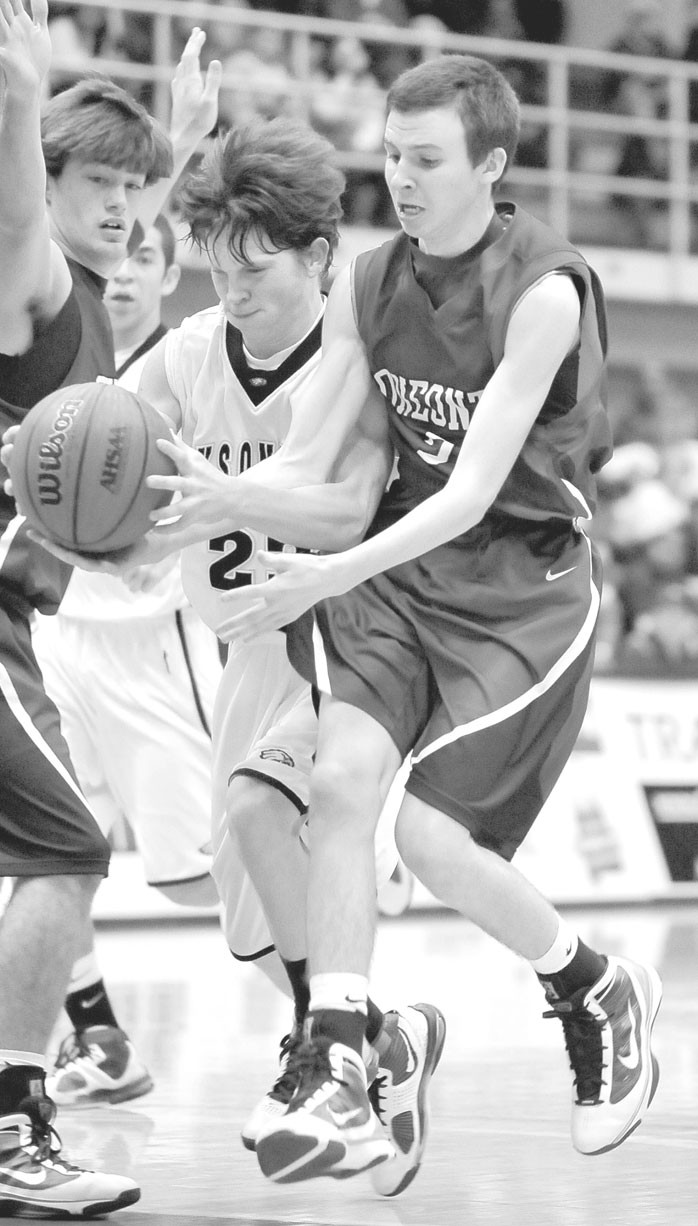 Neither team lit up the scoreboard early but Oneonta seized control by attacking the favored Golden Eagles. The Redskins continually probed at the Golden Eagles’ man-to-man defense with the three-guard attack of Glasscock, Keenan Warren, and Ryne Wester.


Trevor Sanders and Nolen Smith went right at Jacksonville’s 6’6 center Tristan Garmon early in the game and the Redskins got jumpers from Warren and Wester to lead 13-11 after the first quarter.

In the second quarter, the Redskin defense tightened up even more. Garmon hit a contested shot in the paint early in the second quarter to tie the game at 15-15 but that would prove to be the Golden Eagles’ only points of the quarter.

Oneonta ran off seven straight, the final three coming on a wide-open 3 from Ryne Wester with 2:09 to play in the half and Oneonta took a 22-15 lead to the break.

The lead grew to eight early in the second half before the Golden Eagles found something that worked – 5’7 junior guard Jordan Shelvin. He hit a pair of 3s in the period and this helped to open up things for Garmon a bit.

Twice Jacksonville cut the lead to three but Oneonta answered each time and Smith knocked home a 3 at the end of the quarter to put the Redskins up by six at 34-28 after three quarters.

The final quarter started with a bang and the Redskin lead grew to 10 at 40-30 after back-to-back baskets by Austin Owens and Trevor Sanders.

Unfortunately, the basket by Sanders at the 4:47 mark would prove to be Oneonta’s final points from the field.

Jacksonville began pounding the ball in to Garmon and it paid off. The senior scored six of the Golden Eagles’ next eight points and a 3 by Shelvin pulled Jacksonville within one at 42-41 with 1:53 to play.

While Oneonta missed the front end of a one-andone twice over the next two possessions, Garmon scored in the paint to give the Golden Eagles a 43-42 lead.

Trevor Sanders responded with a pair of free throws but Garmon hit a tough shot despite the defense of Smith to put Jacksonville up 45-44 with :48 left.

Maske fouled Keenan Warren on the Redskins next possession and the sophomore stroked two more from the line and Oneonta regained the lead 46-45 with :34 left.

The next sequence decided the game. Garmon launched a wild, off-balance jumper and Wester grabbed the rebound in the paint where he was grabbed by a couple of different Jacksonville players. The officials called a jump ball instead of a foul and the Golden Eagles got the ball on the inbound.

Oneonta played good defense on the inbound pass and Jacksonville was forced to throw the ball out to mid-court. In the ensuing scramble, the Golden Eagles found Shelvin on the left wing and he was fouled by Wester on a 3-point attempt with :5.9 left to play.

The Redskins inbounded quickly to Smith and he hustled the ball up the floor but a last-second 3 from Wester hit the back iron.

Oneonta deserved better. The Redskins held Jacksonville to just 32 percent shooting (18 of 56) while hitting 47 percent (18 of 38) of their own shots.

Jacksonville turned the ball over just three times while Oneonta had only eight turnovers. Oneonta hit 7 of 10 free throws to Jacksonville’s 7 of 9 but two of the Redskin misses were in the fourth quarter on one-andone opportunities.

Jacksonville collected just one more rebound than Oneonta (32 to 31) but outrebounded the Redskins 15 to 6 on the offensive end.

Oneonta (21-8) got 10 points each from Warren and Wester, nine from Sanders, seven from Nolen Smith, and six from Glasscock. Owens added four points while Matthew Hellums didn’t score but collected four rebounds.

Jacksonville (23-7) got 19 points each from Shelvin and Garmon but no other Jacksonville players scored more than six.. Maske was held to just four points despite playing all 32 minutes. Regional Notes

*With the win, Jacksonville advanced to Saturday’s region final where the Golden Eagles fell to Anniston, 52-50. Shelvin scored just three points in the final but Maske had 15.