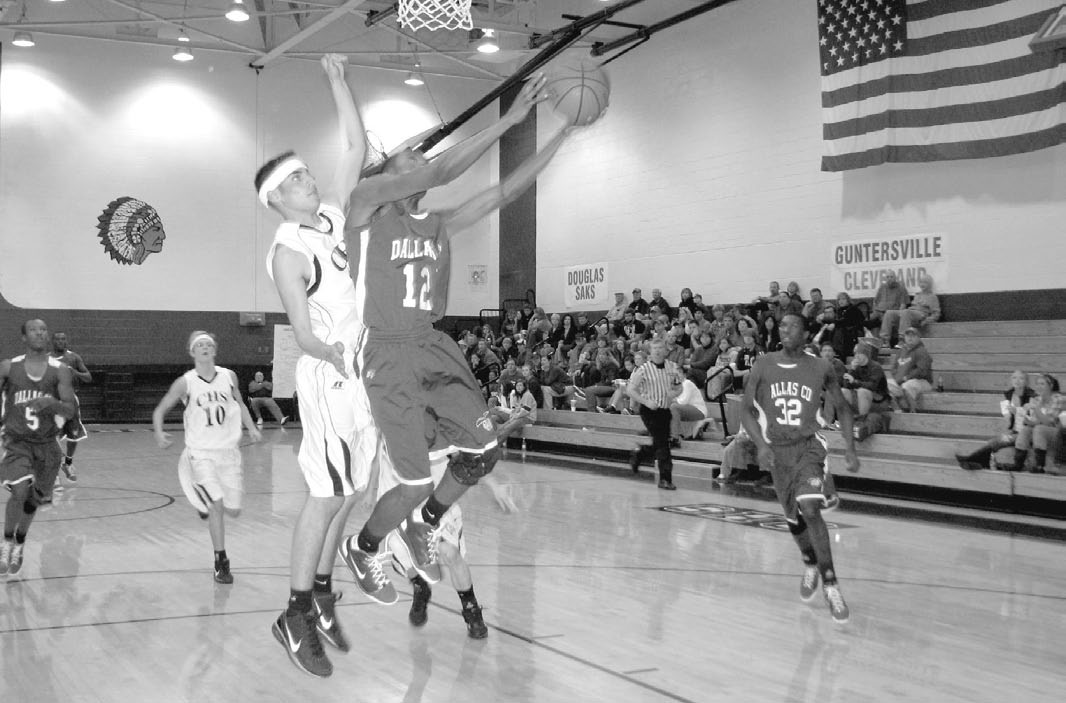 Cleveland’s Caleb Woodall refuses to give up an easy layup.

The Boaz boys held off Alexandria 64-62 to win the Oneonta Holiday Classic while the Hayden girls won a 79-71 slugfest with Holly Pond to claim the title of their own tournament.


Hayden sprinted through the first two rounds of the Hayden Christmas Tournament without a struggle with convincing wins of 75-48 over Fairview and 76-49 over Good Hope. 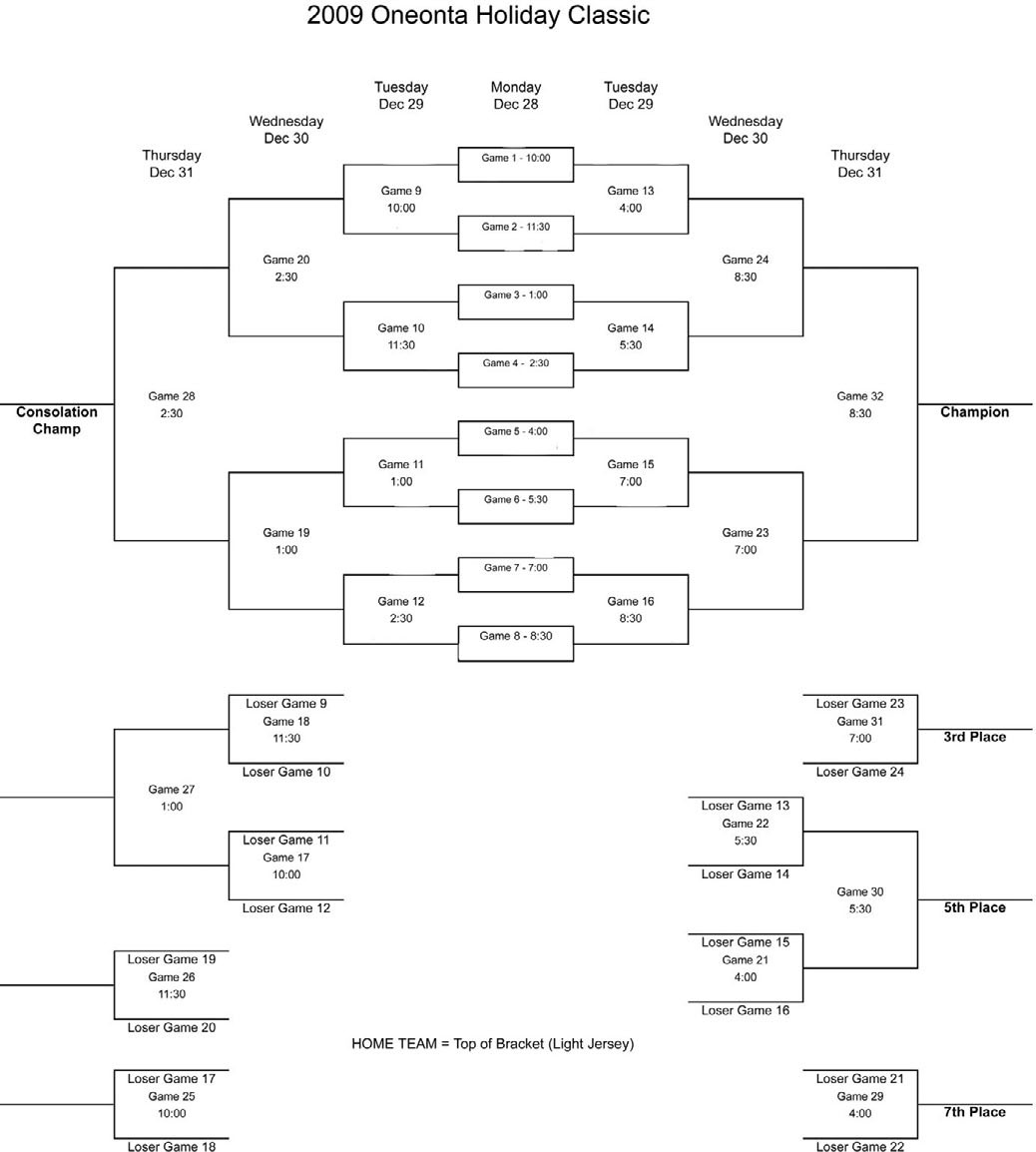 
Hayden improved to 17-1 on the year. Oneonta Holiday Classic

Defending tournament champion Alexandria gave Boaz all it could handle in the finals.

The Valley Cubs got 16 first-quarter points from 6’1 senior forward Hunter Kelly and led 21-16 at the first quarter break. However, Boaz went to a zone defense in the second quarter and the change worked as the Valley Cubs managed just seven points in the quarter and Boaz took a 31-28 lead to the half when Justin McCormick buried a three at the buzzer. 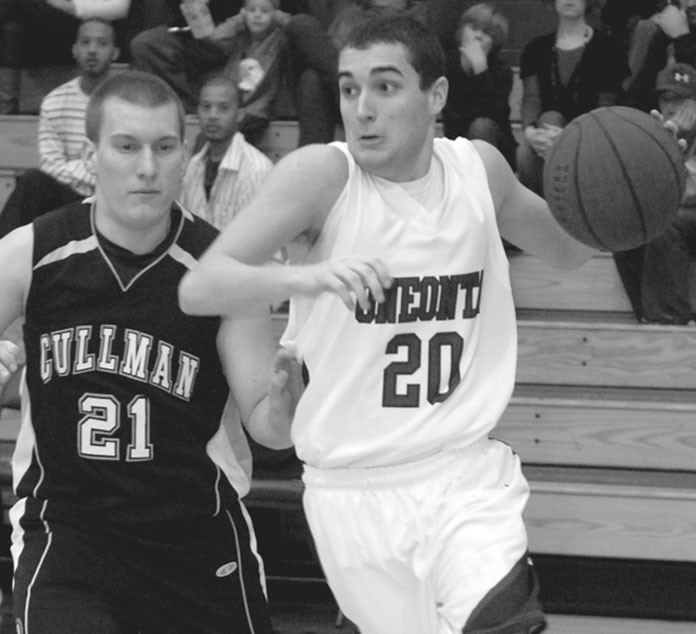 The Pirates appeared to put the game away in the third period by outscoring the Valley Cubs 18-11 in the quarter to take a 49-39 lead to the fourth.

Alexandria refused to go away. Led by Kelly’s nine points, the Valley Cubs gradually cut into the Pirates’ lead. Kelly nailed a 3 with 5 seconds left to pull the Valley Cubs to 64-62 but Alexandria was out of timeouts and Boaz didn’t have to inbound the ball.

Alexandria (6-5) got a game-high 30 points and 15 rebounds from Kelly. Von McWilliams added 14 points and Josh Ray chipped in nine.

Boaz (16-2) put five players in double figures, led by McCormick with 15. Ethan Baker had 13, Joseph Wright and Collin Langley had 12 each, and Drew Phillips added 10. Local teams up and down

Oneonta had wins of 64-54 over Glencoe and 50-44 over Guntersville in the first two rounds of the tournament. The Redskins then battled Boaz tooth-and-nail in the semifinals before the Pirates pulled away for a 75-62 win.

In the third-place game, Oneonta never got going and fell 70-54 to Cullman – a team the Redskins had throttled by 16 (63-47) just two weeks earlier.

Locust Fork had a rough first two days of the tournament. The Hornets played Weaver (ranked No. 7 in Class 3A) close into the fourth quarter before falling 81- 55. The Hornets were then dismantled by Saks in the second round by a score of 75-31.

However, Daniel Smith’s team came back and played good basketball on the final two days of the tournament with wins over Douglas (66-62) and Glencoe (58-47).

Cleveland had the misfortune of drawing Dallas County in the first round and fell behind big early en route to a 93-56 loss to the 4A Hornets. Cleveland came back on day two with a much better effort and had a chance to win late before falling to Luverne 53-51.

The Panthers then dropped a 70-53 decision to Glencoe on day three before rallying to knock off Douglas 63-50 on the final day. 2009 Oneonta Holiday Classic All-Tournament Team