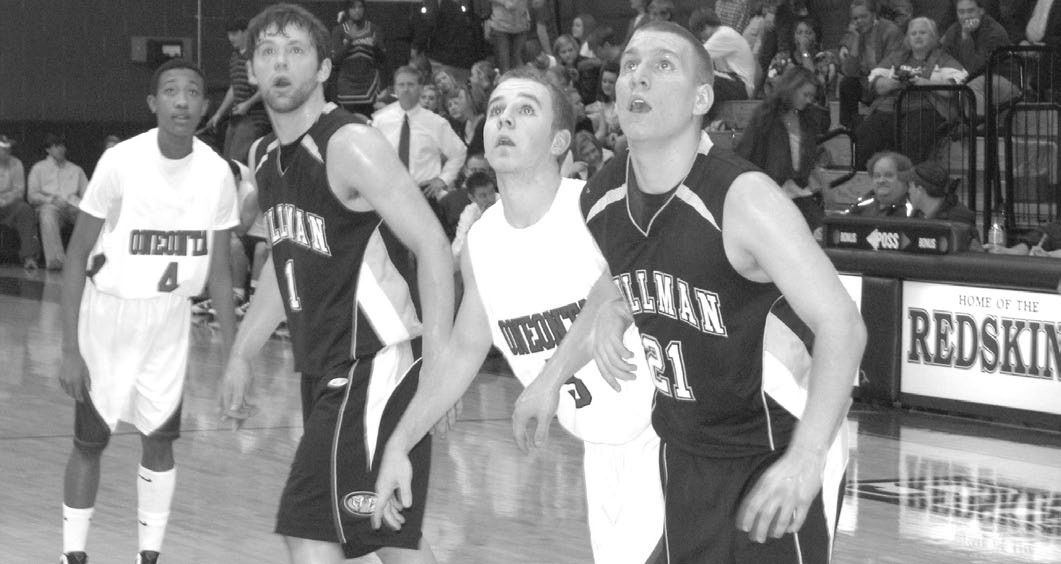 Hayden (13-1) got a big game from Krista Stricklin, who finished with 26 points and four steals. Mallory Ray added 11 points while Sam Niblett had eight points and 10 rebounds. Tiffany Myrick scored just five points but controlled the paint with 10 rebounds and nine blocked shots. 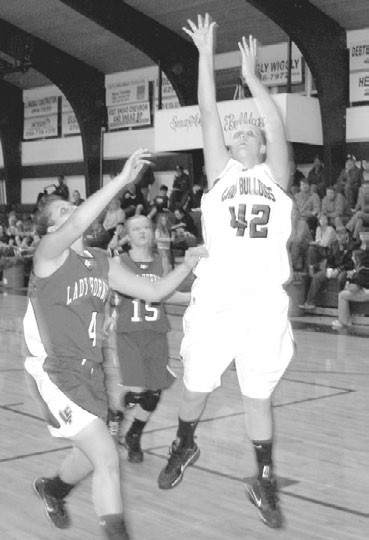 Neither team shot the ball particularly well but Susan Moore was a bit more consistent on the offensive end to get the win.

Hayden got 10 points and six rebounds from Cory Bartlett and five points each from Skylar Powell and Taylor Scott.

Susan Moore (6-6) was led by the 18 points of Cody Sanders while John Evatt had 14 and Cody Alldredge chipped in 10.

The Eagles led 24-22 at the half but had to rally in the fourth quarter for the victory after Wesminster took a 33-32 lead to the final period.

The Redskins emphatically seized the lead of 4A Area 10 with a blasting of the second-place Ashville Bulldogs.

The Redskins, ranked No. 10 in Class 4A this week, led 39-25 at the half and then ran away from the Bulldogs in the second half by using pressure defense to create turnovers.

The 4A Lady Hornets led 11-3 and 25-7 at the first two quarter breaks en route to the easy victory.

Appalachian (1-7) was led by Abbie Phillips with 13 points.

The Hornets led 18-2 after one quarter and 39-13 at the half and were never really challenged.

Appalachian (3-6) got a game-high 17 points from Jonathan Metzler.

Locust Fork (6-3) got 15 points from Roman Owensby and 11 from Taylor Hughes. Kyle Smith had a doubledouble with 10 points and 14 rebounds.

Appalachian (1-8, 1-3) was led by Savannah Woodard with 10 points. Lydia Berkey pulled down 14 rebounds.

The Wildcats led just 21-14 after the first quarter but the Eagle offense couldn’t keep up with a Parkway Christian team that began the year ranked No. 1 in Class 1A.

Appalachian (3-7, 2-2 in 1A Area 9) got eight points each from Cameron Downs, Jeremy Hill, Zach Blythe, and Jonathan Metzler.

The visiting Lady Hornets trailed 30-25 at the half but rallied to force overtime and then outscored the Lady Bulldogs 6-4 in the extra frame to pick up the win.

The visiting Hornets cranked up the pressure on the defensive end and limited the Bulldogs to just five points in each of the last three quarters.

Susan Moore (6-7) was led by Cody Alldredge with seven points.

The visiting Lady Panthers trailed just 22-13 after one quarter but the Lady Wildcats kept the pressure on and built leads of 40-18 at the half and 57-25 after three quarters.

Cleveland (6-6) got 20 points from Sissy Green and nine from Jessica Holder.

Hayden (14-1) was led by Krista Stricklin’s 26 points, five assists, and six steals. Mallory Ray added 19 points while Tiffany Myrick had a double-double of 13 points and 13 rebounds.

The Panthers put the Wildcats away early by jumping to a 28-3 lead after one quarter.

The 5A Bearcats brought a solid 7-3 record against good competition into O.R. Ratliff Gymnasium last Friday night to challenge the newly-ranked Redskins. Consider the challenge answered as Oneonta broke out to an early 16-5 lead and cruised to the win.

Oneonta (9-1, ranked No. 10 in Class 4A) got 12 points each from Trevor Sanders and Zac Childress and 10 from Nolen Smith. Sanders added 13 rebounds and six assists.

The Lady Panthers came out firing and built a 20-2 lead after one quarter and never let the Lady Eagles get back into the game.

Cleveland (7-6) was led by Sissy Green with 15 points on a night that put her over the 1500-point mark in her career.

The home-standing Panthers were hot from the start, building leads of 23-7 and 49-17 at the first two quarter breaks.

Appalachian (3-7) got 16 points from Jonathan Metzler, nine from Collin Cox, and eight from Cameron Downs.

Cleveland (10-3) put four players in double figures – Chas Cornelius had a game-high 19, followed by Matt Hays with 15, Tyler Horton with 14, and Caleb Woodall with 13.