The weather is cold but the season is heating up 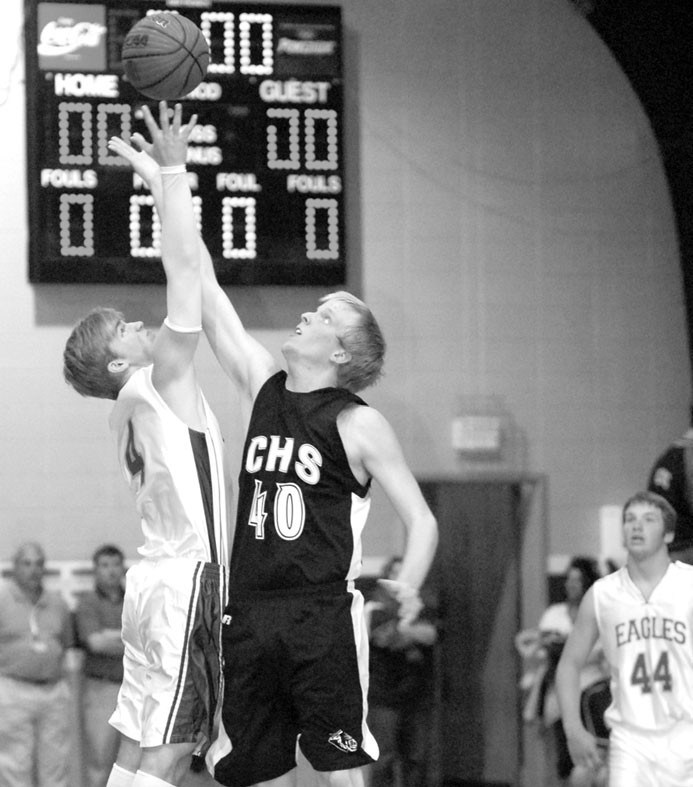 Appalachian (0-1) got 10 points each from Jessica Alexander and Krista Metzler.

Cleveland (1-5) was led by Ashley Harris with 17 points and Jessica Holder with 16. Rachel Taylor chipped in 11 and Brittney Green had 10. Boys Cleveland 70, Appalachian 49

The Eagles jumped out to an 18-13 lead after one quarter and increased the margin to 13 points early in the second quarter. However, the 2A Panthers fought back to take a 29-28 halftime lead and then outscored the Eagles 16-10 and 23-11 over the final two quarters to give the 1A Eagles their first loss of the year. 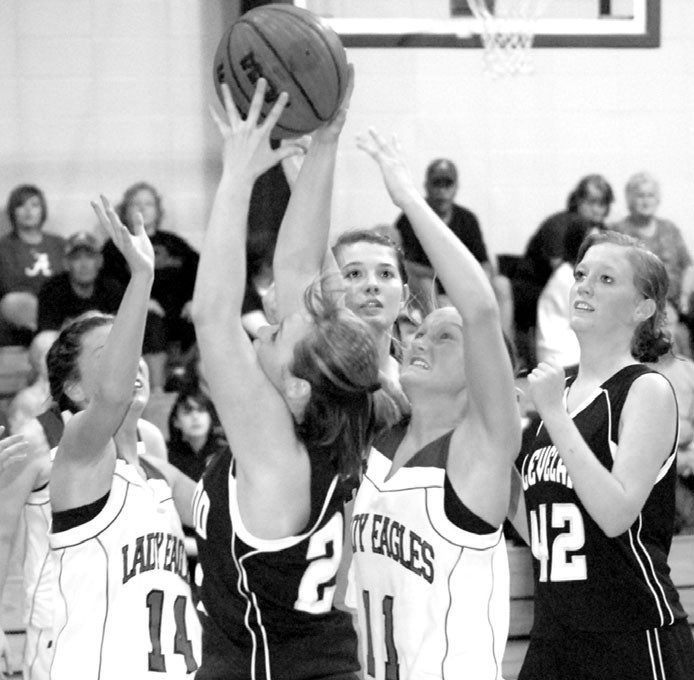 All eyes on the ball.

Appalachian (3-1) got 12 points each from Cameron Cox and Dustin Brady.

Cleveland (2-3) was led by Luke Hays and Josh Fallin with 11 points each. at Locust Fork
Girls Oneonta 52, Locust Fork 39

In the 4A Area 12 opener for both teams, the Lady Redskins and Lady Hornets went back and forth throughout the first half.

Oneonta outscored the home team 14-9 in the first quarter. Locust Fork came back and controlled the second quarter but Oneonta’s Abby Blackwood nailed a long three-pointer at the second-quarter buzzer to give the visitors a 27-26 lead at the half.

In the second half, Oneonta posted advantages of 12- 6 and 13-7 over the final two quarters to take the win.

The Redskins, playing their first road game of the season, led 38-25 at the half and then pulled away in the second half for the victory.

The visiting Lady Wildcats outscored the Lady Bulldogs 17-8 in the decisive third quarter to break open an 18-18 tie at the half.

Susan Moore (2-4) got 12 points from Kaylie Bullard and 10 from Katelyn Williams, while Faithe Newton chipped in four assists and four steals. Bullard went over the 1000-point mark for her career.

Susan Moore got 20 points from Cody Sanders and 14 from Kris Newton.

The Eagles dominated play early and had a commanding 29-11 lead at the half.

However, things tightened up considerably in the second half as the visitors from Shelby County outscored the Eagles 11-6 and 17-7. In the end, Appalachian did just enough down the stretch to get the win.

The Lady Hornets raced out to a 12-3 lead after one quarter and enjoyed a 25-15 lead at the half. Susan Moore played much better in the second half but the Lady Hornets held off the visitors down the stretch.

Susan Moore (3-5) got 16 points from Kaylie Bullard and 12 from Katelyn Williams.

Locust Fork led just 17-16 after one quarter and 38-29 at the half. However, in the second half the visiting Bulldogs ran out of gas and were outscored 24-14 and 22-7 over the final two periods.

Locust Fork (3-2) got 25 points from Stephen Greene, 14 from Robert Custer, and 11 each from Clay Smith and Johari Burnette. Custer pulled down 14 rebounds and Burnette hauled in nine. at Appalachian
Girls Appalachian 39, St. Bernard 34

The Lady Eagles got their first win of the year – and first area win – but it wasn’t easy. The visitors led 10-5 after one quarter but the Eagles rallied to tie the game 15-15 at the half.

The third quarter proved to be the difference as Lady Eagles outscored the visiting Lady Saints 14-9.

The Eagles hammered the Saints in the first area game of the season for the home team.

Appalachian (5-1, 1-0) was led by Jonathan Metzler with 21 points, Cameron Cox with 16, and Esgar Covarrubias with 12. Cox destroyed the smaller Saints on the boards and finished with 23 rebounds. at Dora
Girls Oneonta 45, Dora 21

The visiting Lady Redskins ran up and down the court in the first quarter, building an 18-0 lead, and coasted to the easy win over the Lady Bulldogs.

Oneonta (7-1) was led by Destiney Elliott with 13 points and Dimonique Sanders with 11 points. Boys Dora 62, Oneonta 59

The Redskins entered the game as the No. 6 team in Class 4A, according to the first rankings of the year by the Alabama Sports Writers Association. Dora apparently wasn’t impressed as the struggling Bulldogs rallied for the win.

The home team got out to a quick start and led the visiting Redskins 22-9 after the first quarter. Oneonta had a strong second quarter but still trailed 28-26 at the half.

The third quarter belonged to Oneonta as the Redskins dominated the host team to lead 48-37 headed to the fourth.

However, Dora (3-5) outscored the Redskins 25-11 over the final eight minutes to pull the upset.

Oneonta (4-1) got 13 points from Ryne Wester and 12 from Austin Owens. Keenan Warren was held to nine points but finished with 10 steals and five assists.

Dora got a game-high 20 points and 11 rebounds from 6’5 forward Brent Youngblood. at Hayden
Girls Hayden 75, Curry 36

In the 5A Area 11 opener for the Wildcats, Hayden shot 50 percent from the field while limiting the visiting Lady Yellow Jackets to just 33 percent shooting.

The Wildcats led 19-16 after the first quarter and increased the lead to 40-25 at the half. A 13-9 advantage in the third quarter gave the Wildcats a 53-34 lead after three quarters.