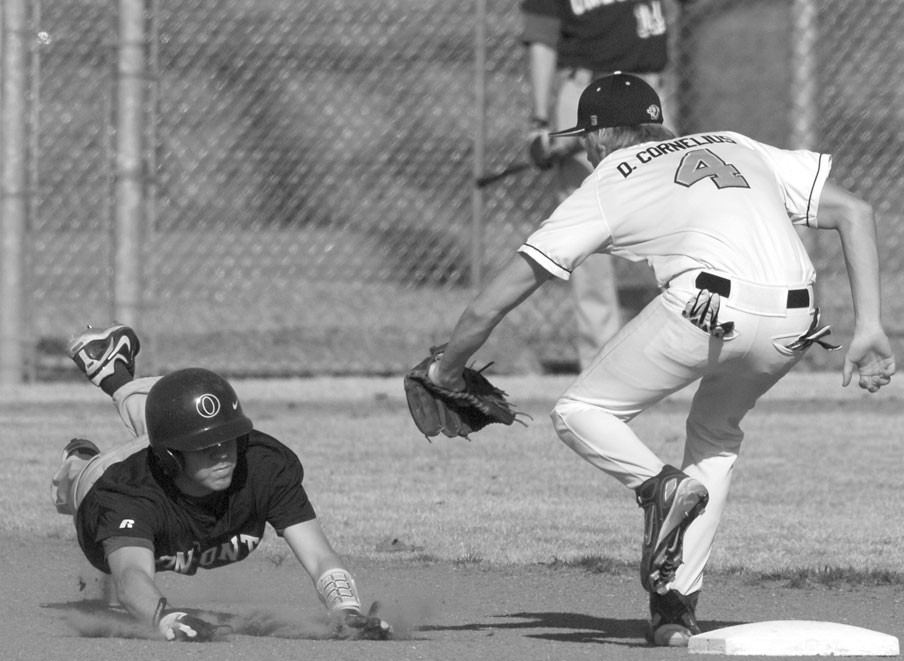 It took an extra two weeks because of the weather, but Oneonta emerged as the 2010 Blount County Baseball Tournament champions after outlasting Cleveland 5-0 last Wednesday at Appalachian.


Neither team could get anything going offensively through the first five innings as Oneonta’s Matt Hellums and Cleveland’s Hunter Tucker were dominant on the mound.

Hellums had actually presented the game’s best chance of producing a run when he doubled with one out in the fourth inning. However, Tucker got a groundout and a flyout from the Oneonta No. 4 and 5 hitters to end the threat. 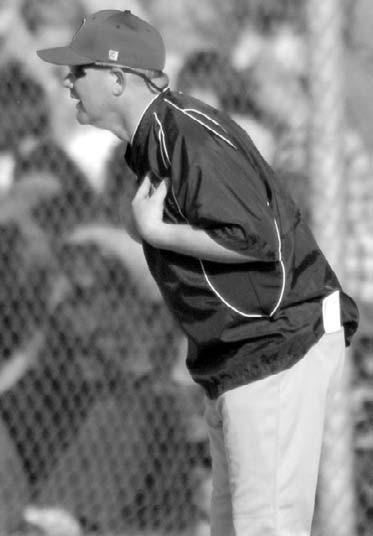 The Redskins finally broke through in the top of the sixth. Trevor Willis reached on a one-out single and advanced to second on a wild pitch but it looked like Tucker would get out of the inning when he got Hellums to pop out to second.


The game changed with the next batter as Oneonta’s Wes Gillespie lined an RBI single into left-center field to score Willis. Travis Sims and Jake Thomas followed with back-to-back doubles and a walk to Schyler Walker led to an RBI single off the bat of Taylor Oden.

When the dust cleared, Oneonta was staked to a 5-0 lead, more than enough for Hellums.

The senior left-hander gave up a pair of singles over the final two innings but also recorded four strikeouts, including the final two outs of the game.

Tucker was solid but fell to 2-2 on the year. The senior pitched 5.2 innings and gave up 5 runs on eight hits with two strikeouts.

Hellums was outstanding as he gave up just three hits and a walk and struck out 11 to improve to 5-0 on the year.

After losing 7-4 at Hanceville the day before, the Tigers rebounded for the big 3A Area 12 victory by pounding out 22 hits.

Eleven of the hits and 13 of the runs came in the third inning as the Tigers broke open a 1-1 tie.

Morton improved to 3-1 on the year and surrendered just four hits with 11 strikeouts. J.B. Pennington 11, Hanceville 8

The Tigers trailed 8-7 after six innings but used a tworun triple by Lee Morton and an RBI single by Daniel Smith to score another and complete a four-run, seventh inning rally.

The visiting Eagles scored at least one run in every inning – including four in each of the last two innings – to cruise to the victory.

Pennington (10-8) was led by Lee Morton, who finished 2 for 3 with an RBI and a pair of runs scored. Softball at Locust Fork
Ashville 16, Locust Fork 0 (4 innings)

The Lady Hornets demolished the Lady Bulldogs to pick up an important 4A Area 10 victory.

Mollie Denney struck out six and walked one while giving up four hits to get the win.

Jordan Hood gave up just one hit (a solo home run) and struck out 11 as the Lady Hornets opened the tournament with an easy win over the 5A Lady Wildcats.

Christian Rhodes was solid on the mound – gave up just four hits and two walks with nine strikeouts – but the Hornets could not do anything at the plate.

In the final game of pool play, Christian Rhodes turned in another solid effort on the mound – six hits and three walks with eight strikeouts – and this time the offense helped her out.

The Lady Hornets opened up the tournament bracket with a high-scoring victory over the Lady Bison.

Mollie Denney (4 for 4, home run, double, three RBIs, three runs) was the offensive star, although Haley Glasscox (3 for 3, triple, double, RBI, run) wasn’t far behind. Casey Irey was 2 for 3 with a pair of doubles, two RBIs, and three runs and Keli Melton was 2 for 3 with a double and two RBIs.

The Lady Wildcats avenged the pool play loss from the day before and knocked the Lady Hornets out of the tournament.

The Lady Redskins blasted the visiting Lady Bulldogs to improve to 2-2 in 4A Area 10.

Rebecca Sloan gave up six hits and three walks with five strikeouts to get the win.

J.B. Pennington High School is the host for this year’s Blount County Softball Tournament. Actually, Pennington is the host of two softball tournaments as the junior high tournament was played Monday and Tuesday of this week.

The tournament will get underway this afternoon with Pennington meeting Hayden at 3 o’clock. That is the only game scheduled for today and the next two days will depend on the weather.

Other first-round match-ups include Appalachian meeting Locust Fork and Cleveland taking on Oneonta – Susan Moore has the first-round bye.

The championship game(s) will be Saturday afternoon. This week’s schedule: