Redskins and Tigers advance to second round 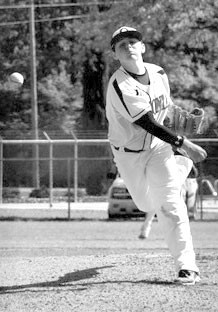 Redskin pitcher Blake O’Bryant warms up during the first-round sweep of Munford.

Five Blount County teams qualified for the state high school baseball playoffs but only two remain after the first round wrapped up Monday. 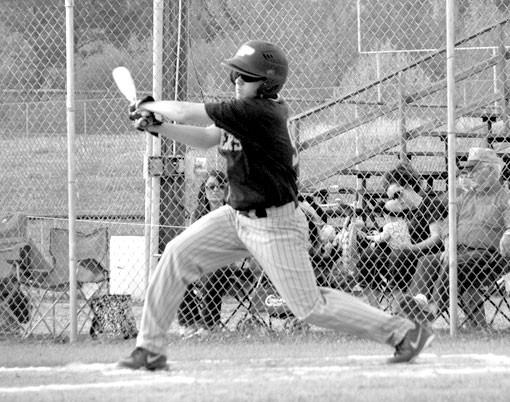 The Tigers got solid pitching from Matt Doyle but a couple of key errors proved to be the difference.

Pisgah broke a scoreless tie with four runs in the second inning and tacked on one more in the third to lead 5-0.

Pennington rallied with a run in the fourth inning and two more in the seventh but it wasn’t enough.

Doyle went the distance and gave up just three earned runs on eight hits with four walks and three strikeouts.

With their backs against the wall in game two, the Tigers put the ball in the hands of Brandon Butts and sophomore right-hander dominated the Eagles.

Pisgah managed just six hits – only one for extra bases – as Butts surrendered just a single earned run in six innings of work with four walks and three strikeouts.

The Redskins wasted little time against Area 10 runner-up Munford, sending 12 men to the plate and scoring eight runs in the bottom of the first against the visiting Lions.

The lead grew to 10-0 after two innings as Clint Gibson blasted a two-run homer and the rout was on.

Carter Sims improved to 4-2 on the year with six solid innings, surrendering six hits while striking out eight.

The Redskins left little doubt in game two, jumping out to a 2-0 lead after two innings and then exploding for eight runs in the third to build a 10-0 lead.

Blake O’Bryant (7-3) got the win on the mound for the Redskins, giving up just one earned run in six innings with four strikeouts.

Adam Tekulve (2 for 3, run), Clint Gibson (2 for 4, double, RBI), and O’Bryant (2 for 4) led the Oneonta offense. Dawson Harvey added a triple and three RBIs and Carter Sims had a two-run single.

The Tigers and Eagles hooked up in a decisive third game on Monday afternoon and the Tigers turned Brandon Butts lose one more time.

The sophomore again baffled the visiting Eagles with a complete-game performance.

Backed by a solid defense, Butts kept the Eagles in check and pitched around a couple of baserunners in the later innings.

Hits were hard to come by but the Tigers put together enough offense to pick up a run and Butts and the defense made it stand up.