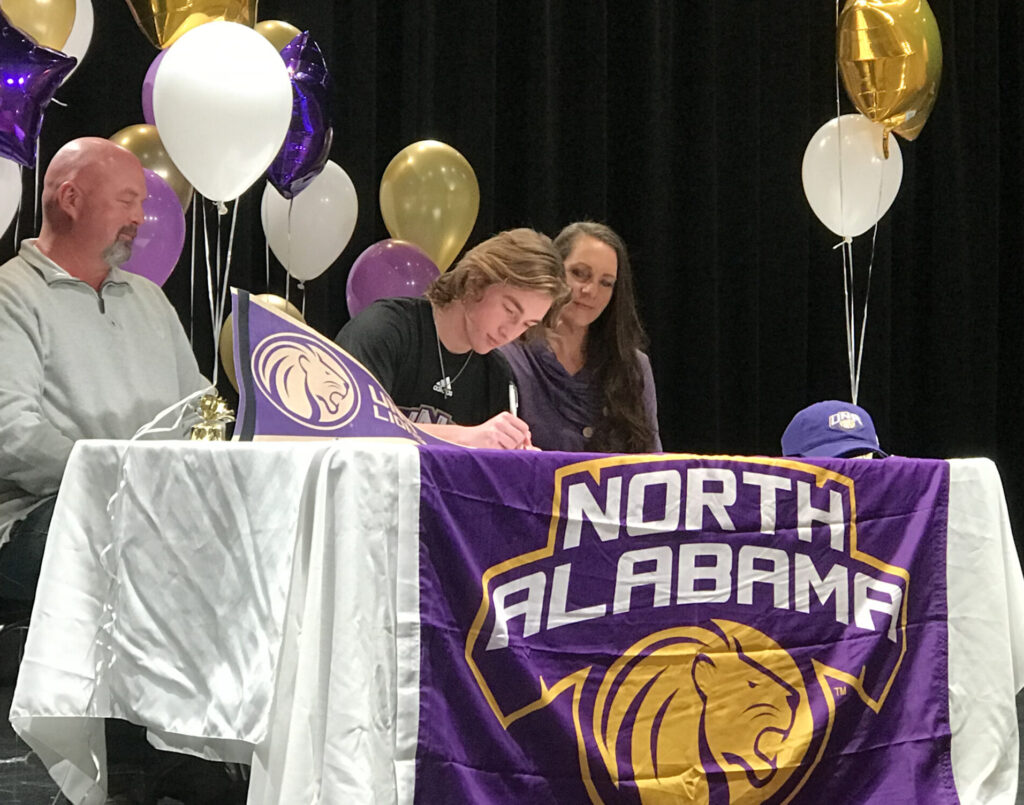 J.B. Pennington’s Sawyer Heptinstall and Southeastern’s Walter Readus took a step towards their future last week as they signed football scholarships. For the seniors, it’s a goal they’ve each worked towards since first putting on those pads as kids. Heptinstall, son of Bradley and Jennifer Heptinstall, will continue his football career in Florence at the University of North Alabama, which has transitioned to a Division 1 program over the last few years. “As a coach, this is one of the happiest days,” Pennington head coach Todd Cassity said. “This kid has done things the right way. Not only is UNA getting an outstanding athlete, they are getting an outstanding person. I am proud to have had the opportunity to coach him.”

The senior wide receiver had a huge season to wrap up his career as a J.B. Pennington Tiger. He finished with 94 receptions for 1,193 yards and 13 touchdowns earning a spot on the Class 3A First Team All-State offense, offensive player of the year for Class 3A Region 6, and Blount County’s Larry “Pod” Patterson player of the year. He was also chosen to represent the North team in the 62nd North-South All-Star Classic.

Southeastern’s Readus will head a little further north to McKenzie, Tenn., where he will join the Bethel Wildcats. In the seven games he played during his senior season, Readus was credited with 17 solo tackles, six assists, four sacks, seven tackles for loss, and one fumble recovery.

“Thank you to everybody who believed in me. I’m ready to get to work with my new family,” he said. Readus, a 6’5”, 245-pound defensive end, is the son of Melanie Johnson and Walter Readus. He received honorable mention on the 2A Region 6 All-Region team as well as the Blount County All-County team.