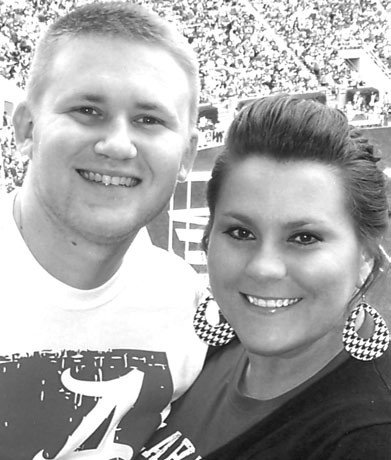 
The bride-elect is the granddaughter of Leon and Linda Beasley of Snead, and the late Virgil and Mary Holt. A 2002 graduate of Locust Fork High School and a 2006 graduate of the University of Montevallo, she is currently employed at Locust Fork Elementary School as a fourth-grade teacher.

The prospective groom is the grandson of Lexie Moberg, Paulette Dorsey, and the late Doug Dorsey. A 2003 graduate of Hayden High School, he is pursuing a degree in secondary education at Athens State University.

The couple will be married July 25 at 6 p.m. in Gulf Shores with a reception at Gulf State Park. Following a trip to Cozumel, Mexico, they will reside in Hayden.