Headwaters: a Journey on Alabama Rivers: a portrait of state’s natural beauty 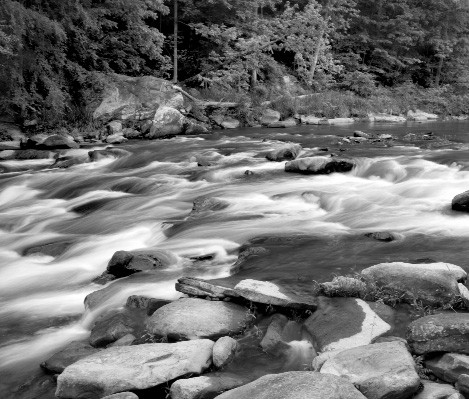 Double Trouble Shoals, downstream from King’s Bend. They look benign enough here, but add a little more water and approach them tossing and turning in a kayak and the name will suddenly seem quite appropriate. From Headwaters: A Journey on Alabama Rivers.

As a part of this year’s Covered Bridge Festival, the Friends of the Locust Fork invited conservation photographer Beth Maynor Young to share her experiences as she presented her latest book documenting the natural wonders of Alabama rivers. She did so Thursday evening at a public meeting at Hayden Community Center.

“We all read various claims and statistics, most of them even true, as to Alabama’s incredible riverine resources. They all agree that Alabama is among the best-watered regions of the continent. It has more rivers, more species of fish and mollusks, and more geographic variety than practically anywhere else in North America. Whatever the various rankings by its boosters, the state is in fact a hot spot of temperate zone diversity.”

The book contains 125 images of more than 40 rivers, creeks, and branches covering a half-dozen state watersheds: the Tennessee, the Black Warrior, the Coosa, the Cahaba, the Conecuh, and the Tensaw Delta area. Not all the images are of the streams, though most are. Some show the flora and fauna living within and along the riverine corridors.

Young described the Locust Fork – perhaps with an understandable nod to her audience’s sensibilities – as “the prettiest river we have in Alabama.”

In her book, the Locust Fork accounts for seven images: sunrise at Cornelius Falls, Mountain Laurel on the bluffs above the falls, Scarum Bluff below Swann Bridge, an equally impressive bluff above Swann Bridge, a view of blue wild indigo along the river’s bank, Double Trouble Shoals below King’s Bend, and a view of the stream in full spate on the lower river described as “the very essence of wild river.”

Of the state’s rivers, only the Cahaba with its incomparable lily beds at Halfmile Shoals and the botanically sensational Dolomite Glades in Bibb County compete with the Locust Fork for images, with the Cahaba lilies themselves drawing four photos. Ordering information for the book, including signed copies, is available at www.kingfishereditions.com.

Young’s presentation of her work conforms with the best traditions of the Covered Bridge Festival, highlighting an aspect of the county’s natural beauty by one who has gone to unusual lengths to record it. An annual presentation highlighting the unique, natural attributes of the county, its flora, fauna, rivers, landforms, and history would be a welcome addition to the varied attractions offered by the Covered Bridge Festival.

This year’s presentation of Headwaters by Beth Maynor Young sets a high standard.