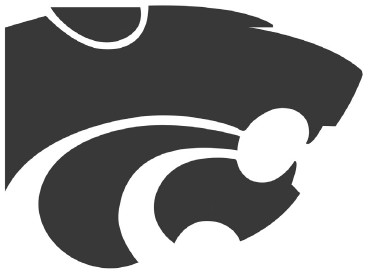 The Hayden Wildcats ended the 2020 season losing 62-3 to No. 5 ranked Guntersville. Even though the game didn’t turn out the way the Wildcats might have wanted, Hayden had a very successful season.

In August, many thought that the 2020 season might not be played, but the Wildcats were able to compete in 11 games (two make-up games and nine scheduled games). Hayden opened the season against Boaz in week zero in the newly renovated Robert W. Reid Stadium. Hayden ran out of time losing 41-34. The loss put the Wildcats at 0-1. When Oneonta was forced to forfeit in week one, the Wildcats played a game of non-record against county foe Cleveland winning by a score of 36-26.

Week two’s game against Region 6 opponent Moody was then rescheduled to October 30. In week three, the Wildcats traveled to Corner for their first region game and defeated the Yellow Jackets 27-20. The win increased Hayden’s record to 2-1 (1-0). Hayden hosted perennial power Leeds in week four with the Green Wave coming out on top 19-3 in a defensive struggle. The loss put Hayden at 2-2 (1-1).

Week eight’s opponent was the Lincoln Golden Bears. The Wildcats won Homecoming 35-20 evening the record at 4-4 (2-3). The Wildcats were scheduled to play the St. Clair County Saints during week nine, but the Saints had to forfeit. The Wildcats picked up a game with the Class 3A top 10 ranked Winfield Pirates and came out with the 35-27 win. The Wildcats improved to 5-4 (3-3) with the forfeit. That win secured a Class 5A playoff berth for Hayden. The Wildcats closed out their regular season hosting the Moody Blue Devils. Hayden defeated the winless Devils 47-28 improving their record to 6-4 (4-3).

The 2020 season was head coach Keith Register’s 17th season overall and his eighth at Hayden, which is a school record. Register also now holds the record for the most wins as a head coach in Hayden history with 36, overtaking Mark Carter’s 33.

Hayden senior RB Carson Rickels broke the single season rushing record with 1,686 yards on 218 carries with 25 touchdowns, also a school record. The old record was held by current Duke DB Leonard Johnson who had 1,636 yards and 17 touchdowns. Sophomore Taylor McAdams was next in rushing with 293 yards on 69 carries and one TD, while sophomore Ashton Hicks had 261 yards on 27 carries and two touchdowns.

McAdams led the Hayden defense with 88 tackles (he missed three games), followed by seniors Braden Hodges with 62, Brady Green with 57, Korbin Register with 50, Trevor Lauminick with 38, and Jason Witt with 37.

Ed. note: Special thanks to statistician Jeffrey Williams and our Hayden sports reporter Robert Bradford. We appreciate all of your help in covering the Wildcats.