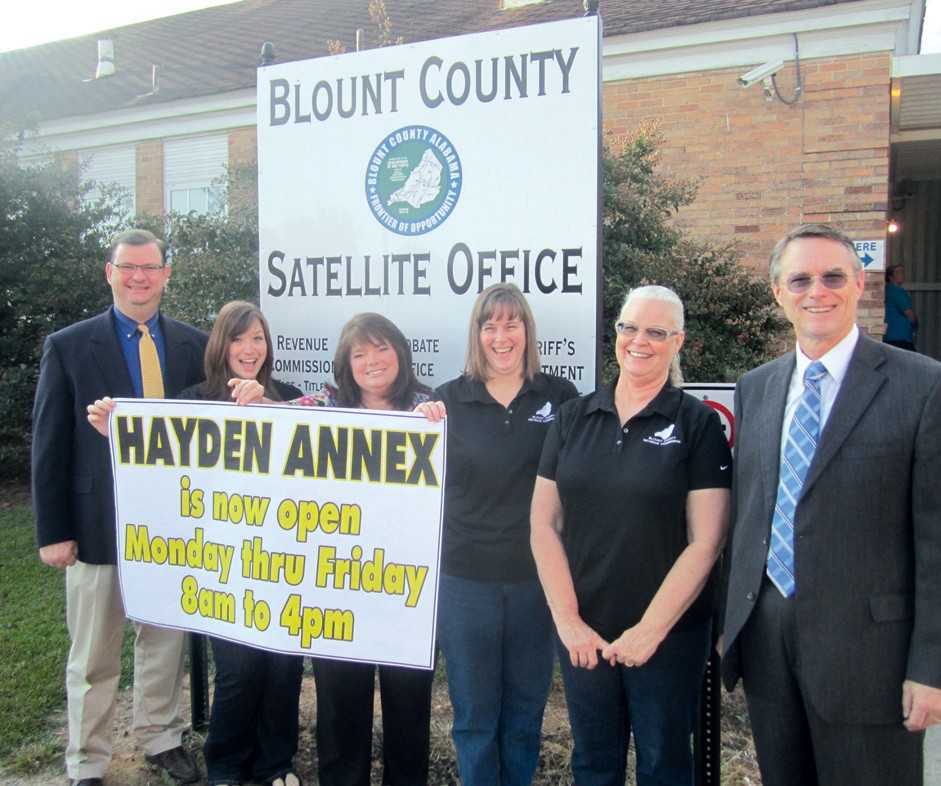 The satellite courthouse was first opened in June 2004, with the Sheriff’s Department as the first tenant. The revenue office first opened a few days later, on a two-day-a-week basis initially, later adding a third day to the schedule.

“We want to make things as convenient as we can for people,” Armstrong said, “and we can do this without any additional cost.” He noted the office is used by residents from a large area, including Locust Fork, Nectar, Bangor, and even Cleveland, as well as by residents of the westernmost part of the county. Green observed that it not only increases convenience for those residents, but for users of the Oneonta courthouse as well, by reducing the volume of transactions and the length of the lines there.