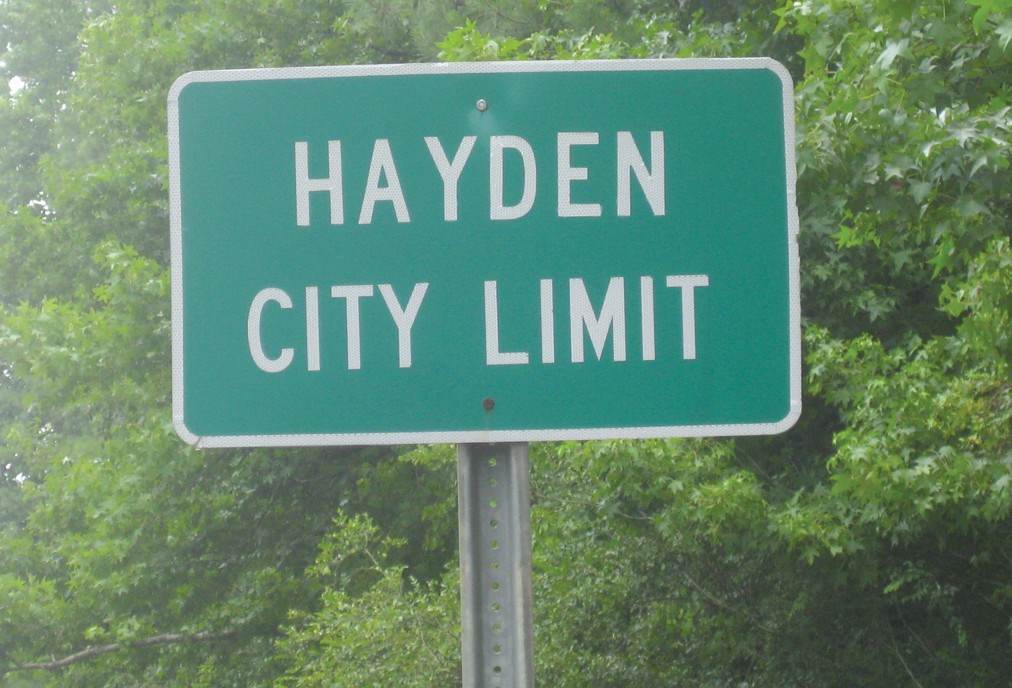 
Community development block grants are funded through Alabama Department of Economic and Community Affairs for projects that improve citizens’ lives.

The need for a medical clinic was proposed to the council in an October 2009 meeting when Wendell Ellis, chairman, Blount County Health Care Authority, supplied the council with the findings of a St. Vincent’s demographic study.

“There isn’t a medical care facility in the county west of Cleveland and Blountsville, and demand for a clinic is sufficient to justify its establishment in Hayden,” Ellis said.

During their regular council meeting in May, officials and other community members exchanged ideas and discussed priorities on the town’s needs for a medical clinic, road improvements, and water-line replacements. After heavy discussion, the council voted four to two to apply for the $250,000 community enhancement grant to construct a town medical clinic and made this grant first priority over road improvements.

“The consensus is that whatever we do, we have to fit our budget to the grant. So, can we build something for $250,000?”

“I believe that the clinic could be built for that amount,” replied Ellis. “So far, the concept of the medical complex is in the preliminary stages, but there has been discussion among the council members that perhaps a pharmacy is needed within the complex. If the complex is built larger to include a tenant, it would exceed the amount the grant would supply; however, maybe the tenant could provide a prepaid lease to accommodate the extra costs,” he continued.

“What if the clinic doesn’t make any money during the three-year contract? Who will pay their salaries?” asked council member William Parker.

The $250,000 competitive grant would be for constructing the town medical complex, and if the grant is awarded, the complex will be required to function for its original purpose for three years. Ellis assured the demographics bear out the need for the clinic.

Mayor Thelma Smith asked if the clinic would facilitate X-rays.

The favorable target site for the clinic is any location on Ala 160 near the schools and within the town limits. Council member Cheryl Hudson said the council has looked at three to four locations but could not provide any details. Several have offered land as a gift to construct the clinic, but each has included some conditions, which the council would have to work through, Hudson said.

Acuff said the council would have to make a decision by the next regular council meeting (Aug. 10) in order to meet the Aug. 16 deadline.

Hudson and Acuff agreed this is the perfect opportunity to move forwad.

Acuff said that though the project is just beginning, the CDBG process for smaller communities is very competitive, but the town is at an advantage.

“Smaller communities have to go through a very competitive application process,” Acuff explained. “There are scoring criteria and since the grant project’s main mission is to assist areas of low-tomoderate incomes, projects with that criteria score higher than those that don’t.”

“According to the last census, Hayden has around 500 residents and a 54 percent low-to-moderate income status, which makes the town eligible for CDBG funds. This makes our chances pretty good,” said Hudson. “After the new census numbers are released, the numbers will reflect the annexation and our growth.”

Residents who attended the meeting were in favor of the medical facility, as was Probate Judge David Standridge. “It is my hope that the council would move quickly while the opportunity is there for the town,” he said.

“I encourage the town’s residents who support the clinic to send the council letters of support to be included with the town’s application, which will be helpful in considering grant funding,” Ellis said.

If the grant is awarded, the town will be notified by mid-October and could expect construction as soon as spring 2011.