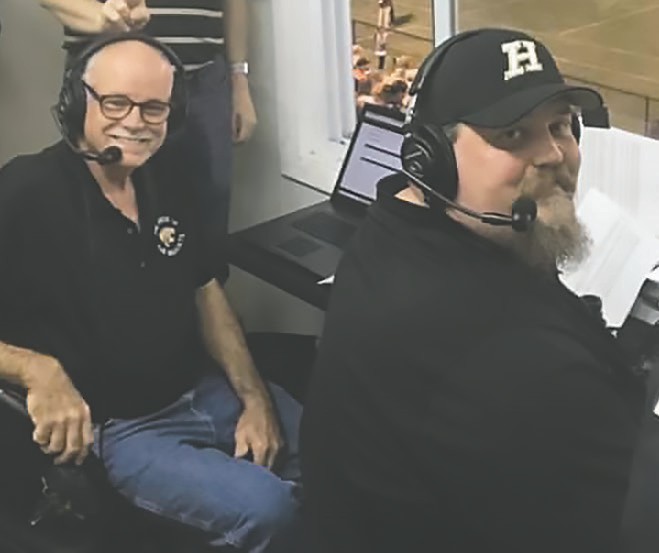 A family vacation in the Great Smoky Mountains turned tragic on Tuesday, Nov. 24, when Wesley “Brandon” Stedham, 48, of Warrior, fell to his death while attempting to take a photo from a scenic overlook at Great Smoky Mountains National Park. The National Park Service confirmed the information in a news release that reported Stedham fell approximately 50 feet “after stepping down a steep slope below the overlook for a photograph.”

Stedham, who grew up in Calhoun County, graduated from Saks High School. He attended college at Ayers State and married his wife Misty. The two moved to Blount County where they started a family.He became somewhat of an icon as the radio announcer for the Wildcat Radio Network and PA announcer for the Hayden Youth Park Association, Hayden junior high, Hayden junior varsity, and the Blount County Youth Association playoff games.

Friend and co-announcer Robert Bradford said of Stedham, “His family meant the world to him.” Bradford said Stedham was proud of his children and supported each of them in their endeavors. Whether it was watching his daughter Caelyn, a Hayden High School senior cheerleader, rooting her team on or encouraging his son Jacob as he played youth league football, Stedham was there.

Bradford is devastated by the loss of Stedham, who he referred to as “full of life” several times. Bradford told The Blount Countian on Monday, “It still doesn’t seem real.”

Since joining the Wildcat Radio Network four years ago, the two had become close friends and would talk almost every day. Bradford said that just an hour and a half before his death, Stedham sent him a text. Sadly, Bradford never expected the text to be the last communication he would have with Stedham.

While preparing to attend the visitation service for Stedham on Monday, Bradford was still in disbelief that such a tragedy had happened. He remains in close contact with Misty and the children offering any support he can for the grieving family.

As Bradford spoke to The Blount Countian, he continued to reminisce about the good times he and Stedham had together. And during football season they spent a lot of time together. Each Thursday night they would broadcast from Wildcat Den, and each Friday night they were sitting in the press box together. That is in addition to daily phone calls, visits, or texts.

Bradford laughed, and then became emotional as he remembered several good times together, including being corrected by Stedham about not putting a “T” in Caelyn’s name, or how he and Stedham would refer to Jacob as Whiplash in their texts. Bradford said Jacob may be small, but he is not afraid to hit someone (in football). Bradford then noted, “It’s hard to lose a friend. He was like a brother to me.”

And while football season has come to an end this year, Bradford knows that Stedham would want the game to go on. Yes, it will have a different feel without Stedham by his side, but he knows that Stedham will be there in spirit and delighting in the players as they put forth their best effort.

Stedham was laid to rest on Dec. 1 at Pine Bluff Cemetery in Locust Fork.