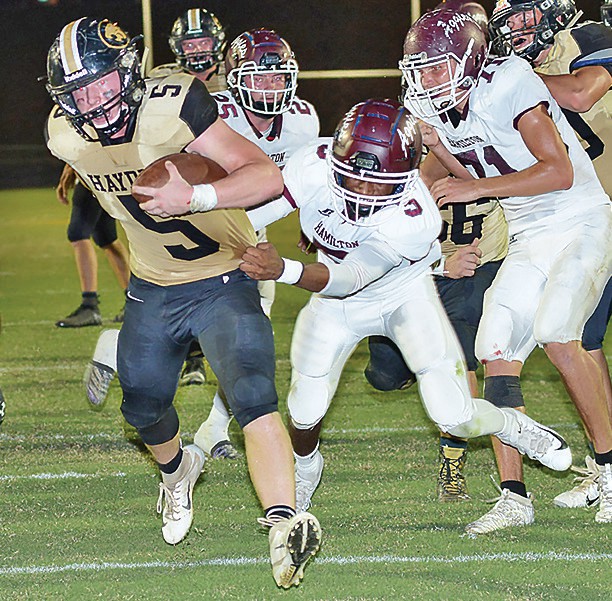 The Hayden Wildcats hosted the undefeated Hamilton Aggies for homecoming. The Wildcats dominated the Aggies 28-7.

The game opened with a big play. Brady Green recovered the short kickoff. Two plays later Evan Orr scored his first of two touchdowns on a 21-yard run. Kicker Jacob Dowd was true on the PAT and the Wildcats had a 7-0 lead with 11:12 remaining in the first quarter. Hamilton would answer when Jathan Jackson ran in from one yard. Micheal Garcia tied the game 7-7 midway of the first. The Hayden offense took control of the game on the next drive (18 plays and 80 yards) taking 9:30 off the clock. Orr scored his second touchdown on a 9-yard run and Dowd’s point after gave the Wildcats a 14-7 lead with 9:09 left in the first half. Hayden had another opportunity late in the first half when Nick Purvis intercepted an Aggie pass and returned it from the Wildcats’ 9-yard line to the Hamilton 9-yard line. A penalty behind the play backed Hayden up to the 34-yard line. 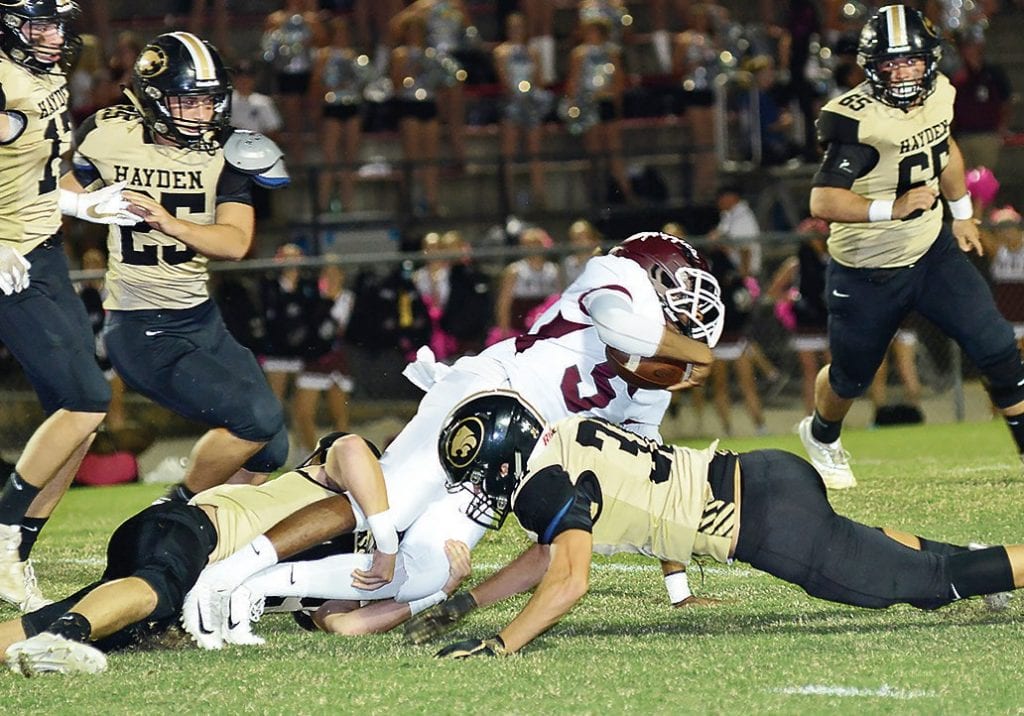 Hayden drove 80 yards to begin the second half and scored on a one-yard run by Silas Miller. Dowd added the point after to give the Wildcats a 21-7 advantage with 7:41 on the third-quarter clock. Hayden’s defense forced two Aggie turnovers in the second half. The first on a fumble recovery by Taylor McAdams, the second on an interception by Jason Witt. Hayden rounded out the scoring on a 4-yard run by Connor Jackson. The Wildcats had a convincing 28-7 region win over Hamilton. 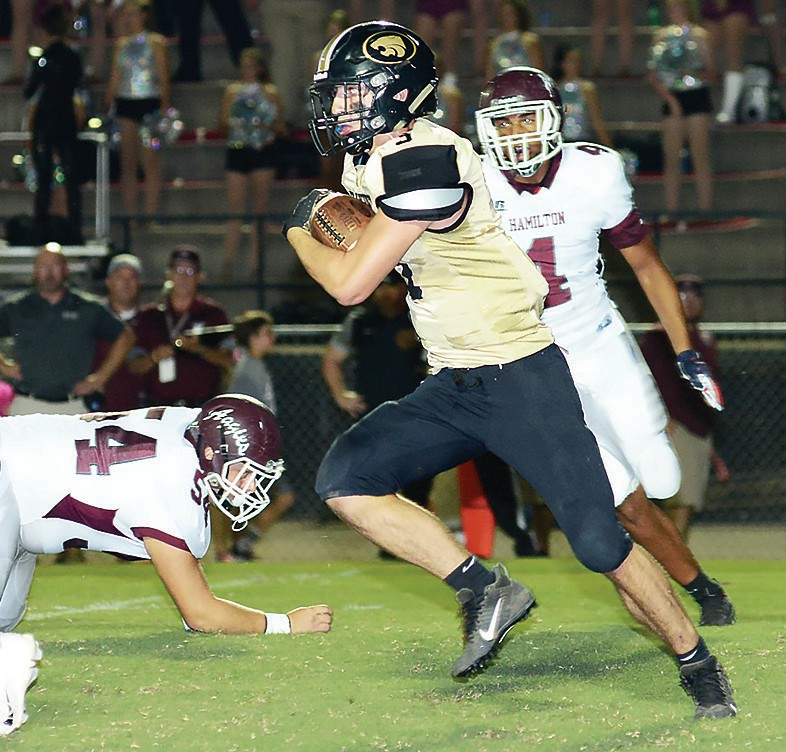 Hayden’s Carson Rickels (3) looks for an opening in the Hamilton defense. -Blount Photographic