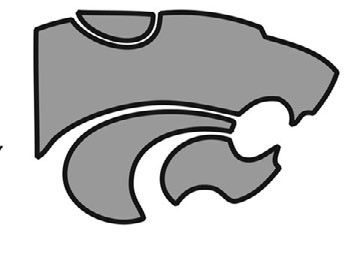 A late touchdown pass proved to be the difference as the Hayden Wildcats closed the year with a 21-14 win over rival Corner last Thursday night.


Reese Butts hit Isaac Veitch on a 43-yard pass with just 1:39 left to play for the only points of the second half.

Hayden took an early lead when Butts threw a 4-yard pass to Veitch late in the first quarter. Seth Gardner added the extra point to give the home team a 7-0 lead.

The lead last just 15 seconds. Yellow Jacket quarterback Zack Price fielded the ensuing kickoff and returned it 91 yards to get the visitors on the board. The snap was off on the extra point and Hayden held on to a 7-6 lead.

The Wildcats increased the lead to 14-6 early in the second quarter when Cody Bartlett capped off a Hayden drive with a 2-yard run.

Two possessions later, Price got the Yellow Jackets on the board again when he found Aaron Cummings on a 44-yard touchdown pass. Price added the two-point run and the game was tied 14-14 at the half.

Neither team could get anything going in the second half until the Wildcats got on the board late in the final quarter for the win.

Hayden picked up 342 yards of offense, including 232 on the ground, led by Veitch with 130 yards and a touchdown on 24 attempts.

Corner managed just 90 yards rushing on 27 attempts and Price completed 11 of 27 passes for 151 yards and a touchdown.

There were no turnovers in the game. Hayden finished the year 2-8 while Corner ended at 2-7.