Hammin’ it up for Christmas 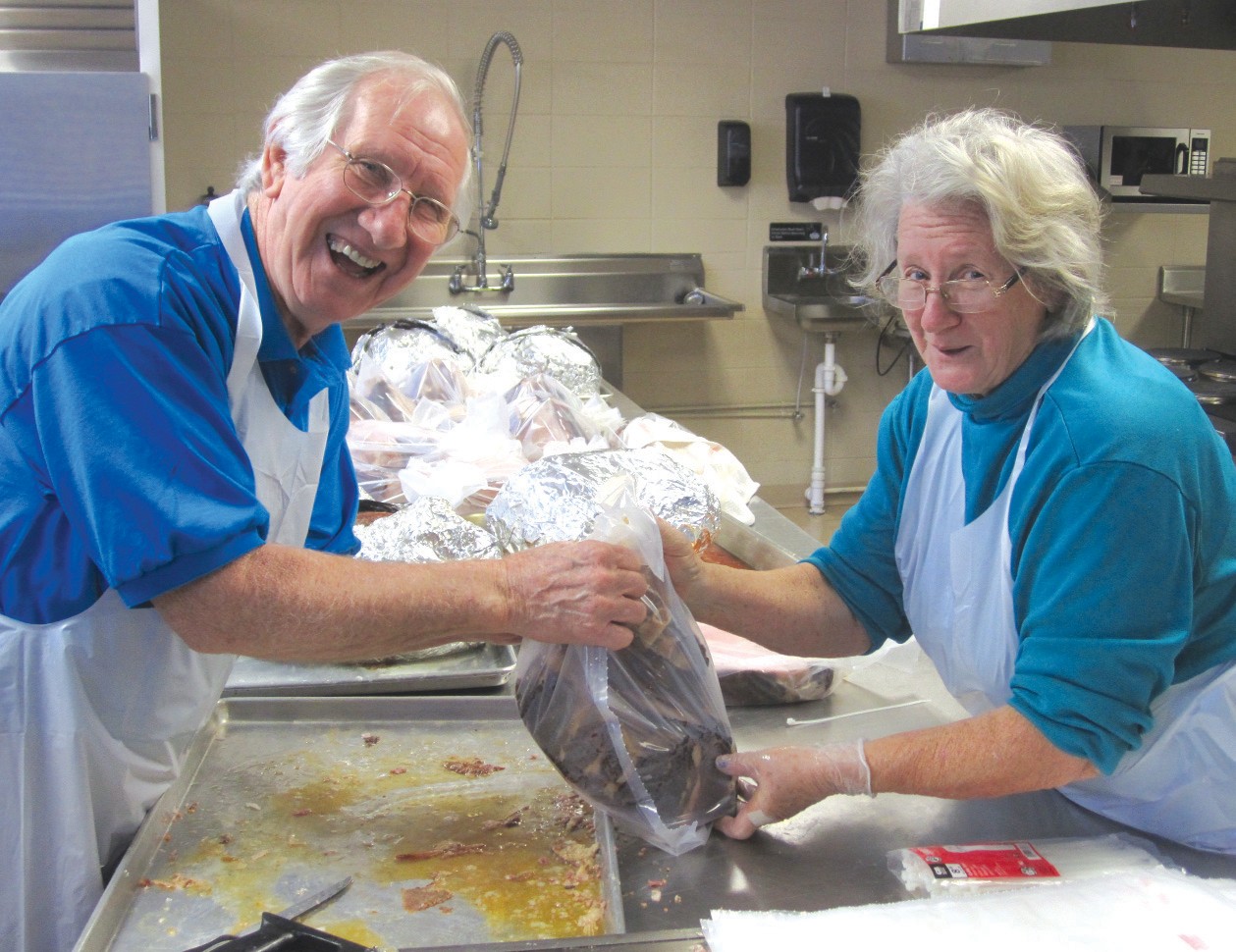 Hope House director Bud Jones and head cook Shirley Marsh ham it up in the kitchen at First Baptist Church of Oneonta as they prepare ham parcels for delivery to senior and indigent residents of Blount County. But the outfit that really hammed it up was Hometown Bank, which donated 50 hams – that’s 1050 pounds of meat, Jones said – to give away for Christmas, provided a means could be found for preparation and delivery. A means was found. Hometown Bank donated the ham, First Baptist Church donated the kitchen for preparation, and church workers and others assisted with cooking and delivery of Christmas hams and Christmas dinners to lucky recipients. By Friday, Jones said, Hope House had delivered ham parcels to more than 100 senior citizens at the county’s senior centers. Deliveries continued during the day Friday. Monday, church workers prepared close to 200 full dinners – ham, green beans, mashed potatoes, and cupcakes – for delivery to additional recipients. Hammy Christmas to all, and to all a good night! – Ron Gholson