HALF EMPTY OR HALF FULL…?

Ala 160 status may be in eye of beholder 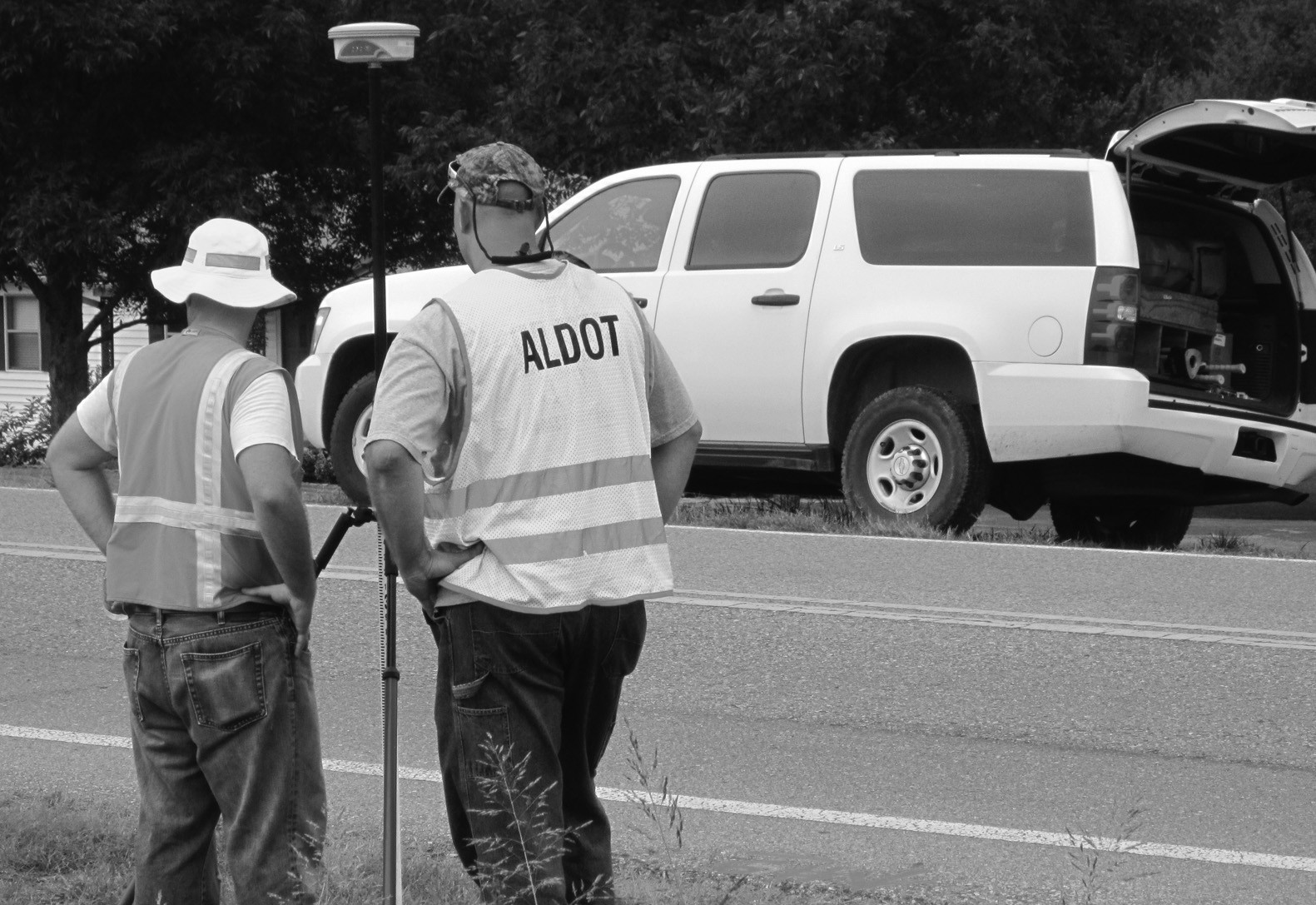 ALDOT surveyors began double checking right-of-way readings this summer in preparation for property acquisition along Ala 160.

On Nov. 10, representatives from the Smoke Rise Homeowners Association addressed the Blount County Commission work session with a number of their concerns about progress on the widening of Ala 160. The presentation triggered some digging on the part of county and state officials to come up with responses to some of the major objections.

Objection: The right-of-way is taking property that will interfere with too many businesses and the jobs they create, harming the overall economy of the area. Seventeen businesses that could potentially be affected were named.

Response: Probate Judge David Standridge said he expressed serious concern over such dislocation of businesses to representatives of the Alabama Department of Transportation (ALDOT). He was told that once property is purchased, it can be leased back to the affected businesses until it is actually needed for construction. Standridge said he was told that is routine procedure in such cases.

District 1 Commissioner Allen Armstrong said he was told the same by state Sen. Clay Scofield, representing northern Blount County, who had also discussed the matter with ALDOT. Armstrong also observed that not all of those businesses would be affected enough to require them to move to another location.

Objection: A delegation from the community who met with ALDOT representatives in Birmingham was told that the average length of time to begin construction on a major highway project is nine years after rightof way acquisition begins. That would put completion of construction as far out as 10 to 12 years, or more.

Response: Bill Logan, owner of Logan’s store at the I-65/Ala 160 junction, who was present at the meeting, confirmed that nine years was mentioned. He wasn’t clear whether the ALDOT representative meant nine years from the beginning or end of right-ofway acquisition, which ALDOT had previously said should take 18 to 24 months.

Standridge said that although no ALDOT official had given him a final, estimated completion date, they had explained that right-of-way acquisition could take about two years, followed by a similar time for relocating utilities, followed by the start of construction, which is scheduled to be done in two phases.

Phase 1 is the western half of the five-mile stretch of Ala 160 between I-65 and Hayden, and phase 2 is the eastern half. Appropriation for each portion of the project – right-of-way acquisition, utilities relocation, and construction – is made only when the previous step is completed. Using optimistic arithmetic and allowing one to two years to complete each construction phase would yield a completion time of six to eight years.

Objection: Present plans for widening 160 don’t include redesign of the I- 65/Ala160 interchange. That will create an even worse bottleneck at an interchange already stressed by rushhour traffic.

Response: Redesign of the interchange is not included in the design plans for the highway, which have already been approved in their present form, so wholesale changes are not budgeted for work on the interchange.

Standridge said he had expressed concerns about the interchange to ALDOT officials and was told they would “take another look” at improvements that could be made to the interchange without adding cost to the project.

“One of the biggest hurdles to this project and one that delayed it a long time was the federal environmental impact study,” Standridge said. “That hurdle has been cleared and the project has actually begun.

“I don’t know whether we actually helped get that done through contacts with our congressional delegation or not, but it got done not too long after we brought the delay to their attention. The first stage of the project is right-of-way acquisition and they’re starting that now. We’re a lot further along than we were back when we were still trying to get it on ALDOT’s schedule of projects,” he said.