Growing up in the jungle 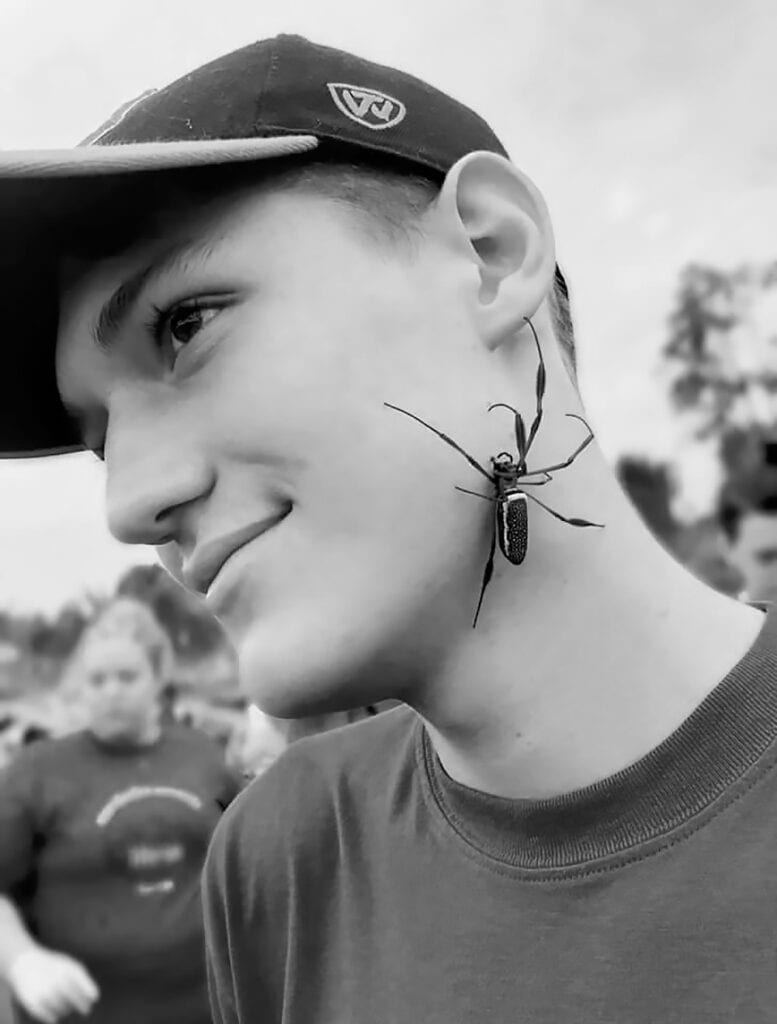 We as Americans enjoy many conveniences we take for granted each and every day. We even grow impatient when these conveniences are delayed or not readily available. We believe we have been cheated when the McDonald’s ice cream machine is not working or the frozen coke machine is down at Burger King. But imagine a life of not having access to McDonald’s, Dr Pepper, Chik-Fil-A, or a wide variety of toilet paper to choose from.

This world is what Drew Marbut grew up in. Marbut, who is a dual citizen and Blount County resident, grew up in the deep jungles of Ecuador. As a missionary kid, he was content living without conveniences. He said, “You don’t miss what you don’t have.”

As one would imagine, growing up as a missionary kid meant he was greatly involved in worship and spreading the gospel at a young age. At age 3, Marbut traveled alongside his parents as they traveled into the deep jungles to share God’s word.

At age 8, Marbut was helping lead worship at a local church in Ecuador. Little by little his role evolved into a music worship leader. It is a role, at the age of 17, he still holds today. 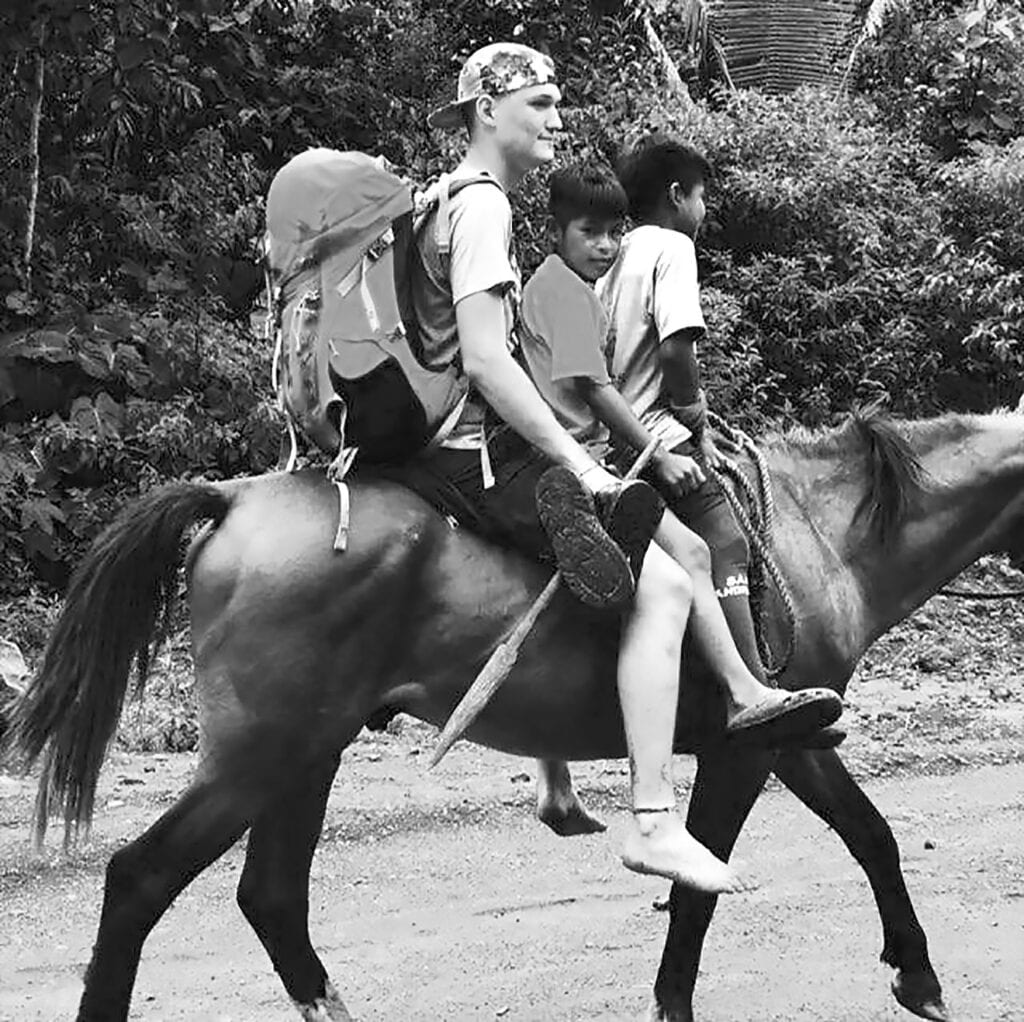 By age 12, Marbut was ministering alone in those same deep jungles that he once went into with his parents. Around the age of 15, Marbut was the local pastor in the jungle. He traveled alone via canoe along the Amazon River to reach people who had never heard the name of Jesus. Many of those he witnessed to saw Jesus reflected in Marbut’s life and became believers.

Throughout his life, Marbut has witnessed numerous miracles take place. These include headhunters who have become pastors and witch doctors who are now missionaries. Even though they have blind faith, they have still found Jesus and made him a part of their daily lives.

During the canoe trips into the deep jungles, Marbut would sleep in a hammock stationed between two trees. It was not uncommon to hear tiger cries nearby or have close calls with large snakes and spiders. A few times Marbut could hear a puma near his hammock. Thankfully all of those encounters have only been close calls. 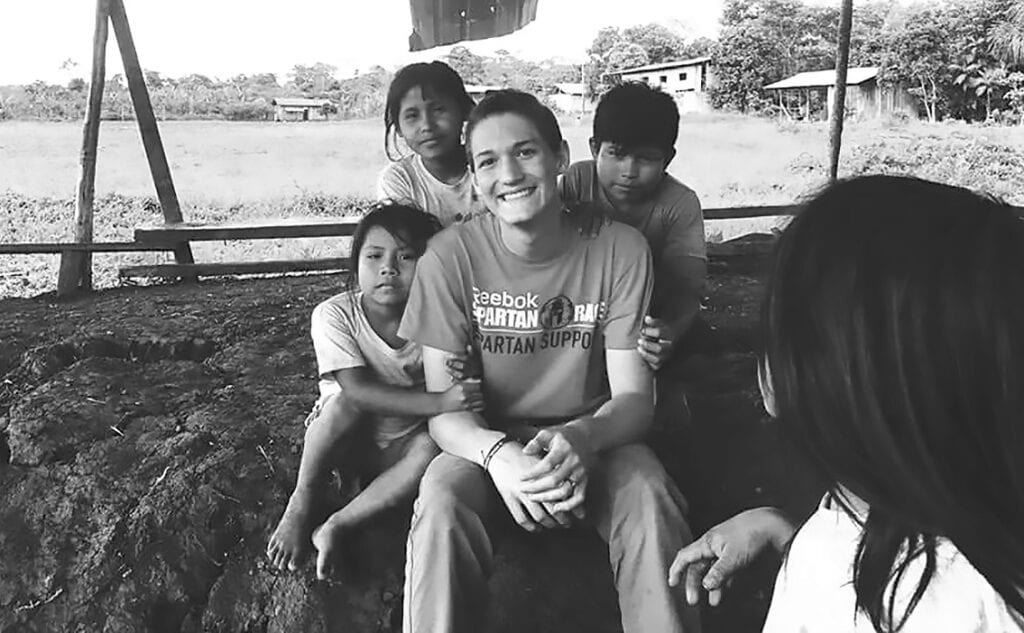 Another blessing that Marbut has been a part of is the establishment of the Ecuador Hope House in 2005/2006. This home offers up to 60 school age girls a free education, a stable home where they are not worried about being trafficked, and meals to help them live a better life and find hope.

Although Marbut calls Oneonta home, he did not come to the states for the first time until age 5. He has spent most of his life in Cuenca, Ecuador. Due to a mix of COVID and working on obtaining necessary funds, Marbut has been back in Oneonta on furlough since July 2020. He will return to Cuenca in August.

Growing up in Ecuador, the jungle life and being around mountains and trees have allowed Marbut to really connect with nature, as well as helped him to realize how amazing God’s creations really are. As a musician, it has influenced much of his song writing. He is expected to release a full worship album soon, and it will include songs of him playing the guitar and ukulele.

So what is it like to grow up in the jungle? What type of housing do you live in? What do you eat? What do you do for fun?

Marbut has been fortunate to reside in a home with electricity and plumbing. The home does not have air conditioning. Although the home is near the equator and it is very hot and humid, there is a breeze that blows through the community that makes life bearable.

The Marbut home was the first one in town to have hot water. It was a change for Marbut, as he had always had only cold water for showering and other needs. He acknowledges the change to hot water was a concept that many town people had a hard time grasping. There are still people in the town who do not have access to hot water in their homes.

Another luxury Marbut has been able to enjoy at his home in Cuenca is high speed internet. As an 11th grader and being home schooled throughout his life, the internet has helped keep him connected with the world.

In the small community of Cuenca, everyone knows everyone. The race barrier has never been an issue. People were simply friends with everyone. In fact, most of his friends now are native Shuar Indians. Only in recent years, Marbut said, has there begun a little division between the non-natives and natives, primarily over land division.

Walking or riding a bike within the community can accomplish most travel needs. Some citizens have automobiles and drive, but most places are accessible by foot. One is not eligible to apply for a driver’s license until they are 18 years old. And according to Marbut, the test is very hard to pass and very pricey; therefore, most people do not have a driver’s license. Public transportation is another option for travel.

The legal working age in Ecuador is 18, so Marbut has not had any paid positions, but he has worked as a volunteer for a non-profit organization called King’s Castle. There he is a part of the sidewalk/ Sunday school ministry.

When living in or visiting Ecuador, one will notice that food plays a large part in life. Upon entering a village, it is customary to partake in their ceremonial drink that is comprised of yucca root that has been chewed up, spit out, and then fermented. It is considered rude if you choose not to sip this ceremonial drink.

Being a third world country, jobs are scarce. Many people farm for food and raise their own cattle and chickens for consumption. Ecuadorian people also eat what they catch. Whole frogs are used in a community soup, and armadillos, piranhas, anacondas, and boa constrictors are a usual part of daily meals. To those living there, meat is meat. It is chopped up and often cooked over an open fire. Grub worms are eaten alive and are comparable to how we regularly eat chocolate. Marbut says to him grub worms taste like margarine.

The Ecuadorians also enjoy farm delicacies such as bananas, blackberries, grapes, mangos, and other tropical fruits. They have year-round access to pineapples and watermelons.

Because most live in deep poverty, medical care is not readily accessible to the village people. Many rely on medicinal plants, and some even use witch doctors to help cure sickness and other ailments.

Life is certainly different in Ecuador than in Blount County, but to Marbut, it is a normal part of life. Soon he will return to a village that has a lot less than what Oneonta has to offer, but he is okay with that. Whether he is in Oneonta or Cuenca, Marbut said home is where his heart is happiest.