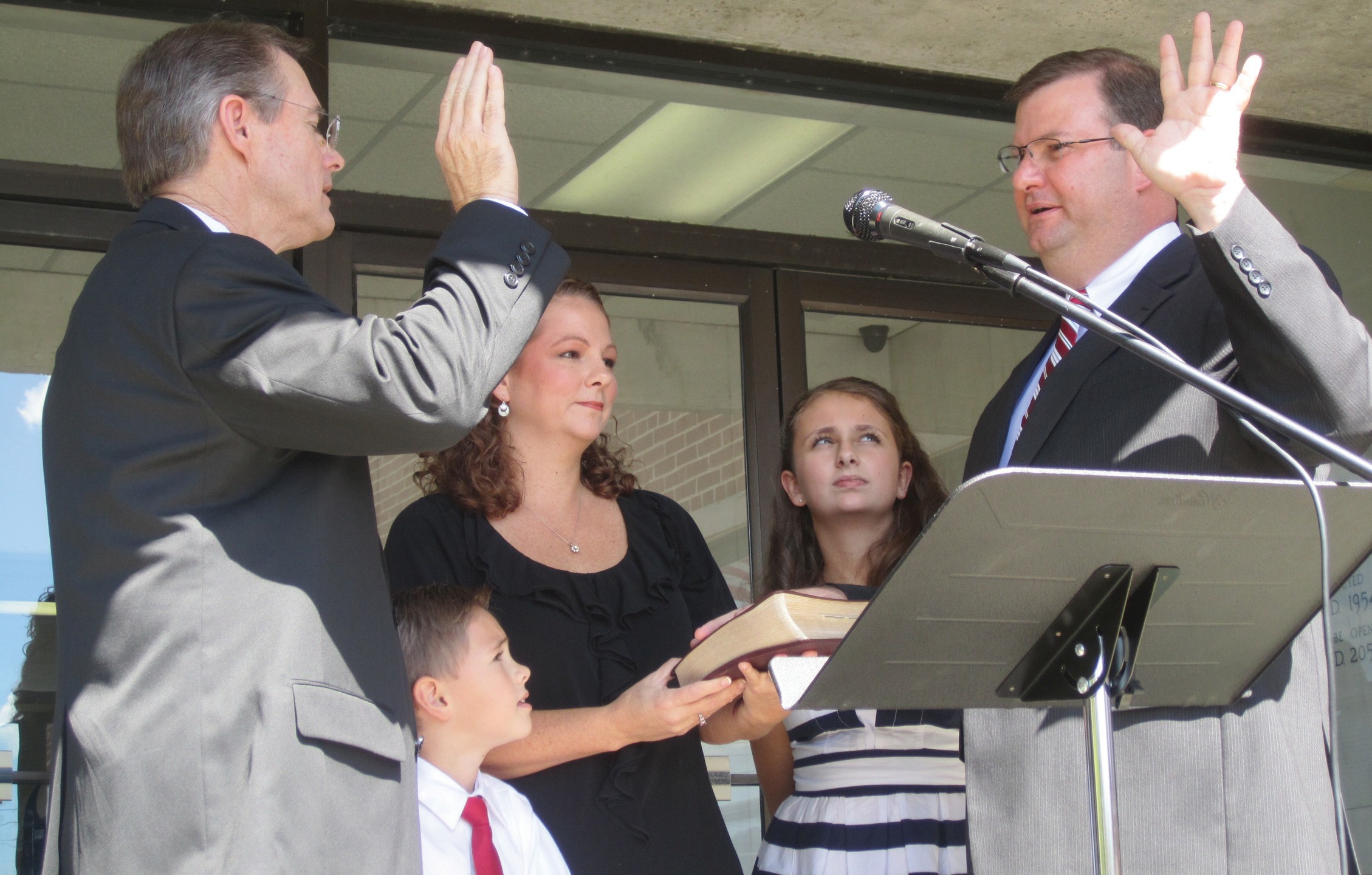 Gregg Armstrong, known as county school board president and board member from Locust Fork/Cleveland (District 4), and as minister of music at Locust Fork Baptist Church, was sworn in as Blount County Revenue Commissioner Monday by Probate Judge Chris Green, sworn in himself less than a week before. Green had vacated that office after being appointed to assume the probate judgeship several months early by Gov. Robert Bentley. Shown are (from left) Green, Armstrong’s son Charlie, 6, his wife Angie, daughter Hannah, 13, and Armstrong. Noting that it has been his privilege to serve two important groups of people in the county – those involved in school matters, and those at his church, he added, “Beginning today, I get to serve all the people of Blount County,” vowing to serve “with all my heart.” Armstrong has been a member of the county school board for 20 years, serving as it’s president since Jan. 11, 2011. He resigned from the school board in an emotional meeting just before the swearing-in. He will continue his avocation as minister of music at the church. He also owns a business, CATS Carbon, in Hayden. – Ron Gholson