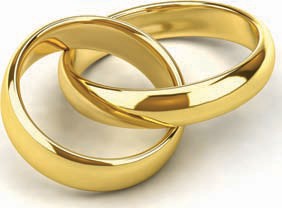 No marriage licenses – same-sex or otherwise – will be issued by the Blount County Probate Office until there is clarity on the issue from the state and federal courts, according to a statement from Blount County Probate Judge Chris Green Tuesday morning. His position represents a change from the stance he announced late last week. Here’s what transpired over the weekend.

Between Sunday evening and Monday morning, it became problematic, if not illegal, for probate judges in Alabama to issue or recognize same-sex marriage licenses, according to a court order directed to Alabama probate judges by Alabama Supreme Court Chief Justice Roy Moore.

Concurrently, the U.S. Supreme Court denied Attorney General’s Luther Strange’s requested stay of a federal court order outlawing Alabama’s same-sex marriage ban, creating the possibililty of no clarification until the Supreme Court rules on a similar case in June. By Monday afternoon, probate offices across the state varied widely in their announced intentions for handling the increasingly muddled conflict between state and federal courts.

To restate, the policy of Blount County’s probate office as of Tuesday, Feb. 10, and pending further developments in the courts, will be as follows, according to Green:

• No marriage licenses – same-sex or otherwise – will be issued by the Blount County probate office until there is clarity on the issue from the state and federal courts.

• Civil marriage ceremonies will not be performed.

Green had said immediately following Moore’s order Monday morning that he would not issue same-sex licenses in Blount County, but would continue to issue conventional marriage licenses.

“As long as he (Moore) was just issuing advisory opinions last week, I came down on the side of following the federal court’s order (to issue same-sex marriage licenses),” Green said. “But since he (Moore) issued this court order – and he has direct jurisdiction over Alabama probate judges – I will comply with his order,” he said.

Moore’s order contained 20 itemized paragraphs of rationale supporting the order, including the 11th item: “WHEREAS, the probate judges of Alabama fall under the direct supervision and authority of the Chief Justice of the Supreme Court as the administrative head of the judicial branch;”

It concluded with the following directive: “Effective immediately, no probate judge of the State of Alabama, nor any agent or employee of any Alabama probate judge shall issue or recognize a marriage license that is inconsistent with Article 1, Section 36.03 (Sanctity of Marriage), of the Alabama Constitution or section 30-1-19, Alabama Code, 1975” (Alabama Marriage Protection Act).

Moore’s directive continued to state that if any probate judge failed to comply, it would be the responsibility of the Governor of Alabama to act to insure execution of the law, “using the legal means that are at his disposal.”

It has been reported that probate judges in some counties, including Jefferson, Etowah, Madison, and others, are not complying with Moore’s order. Meanwhile, Gov. Bentley issued a statement Monday saying he supports the state’s probate judges, with the promise that “I will not take any action against probate judges, which would only serve to further complicate the issue.”