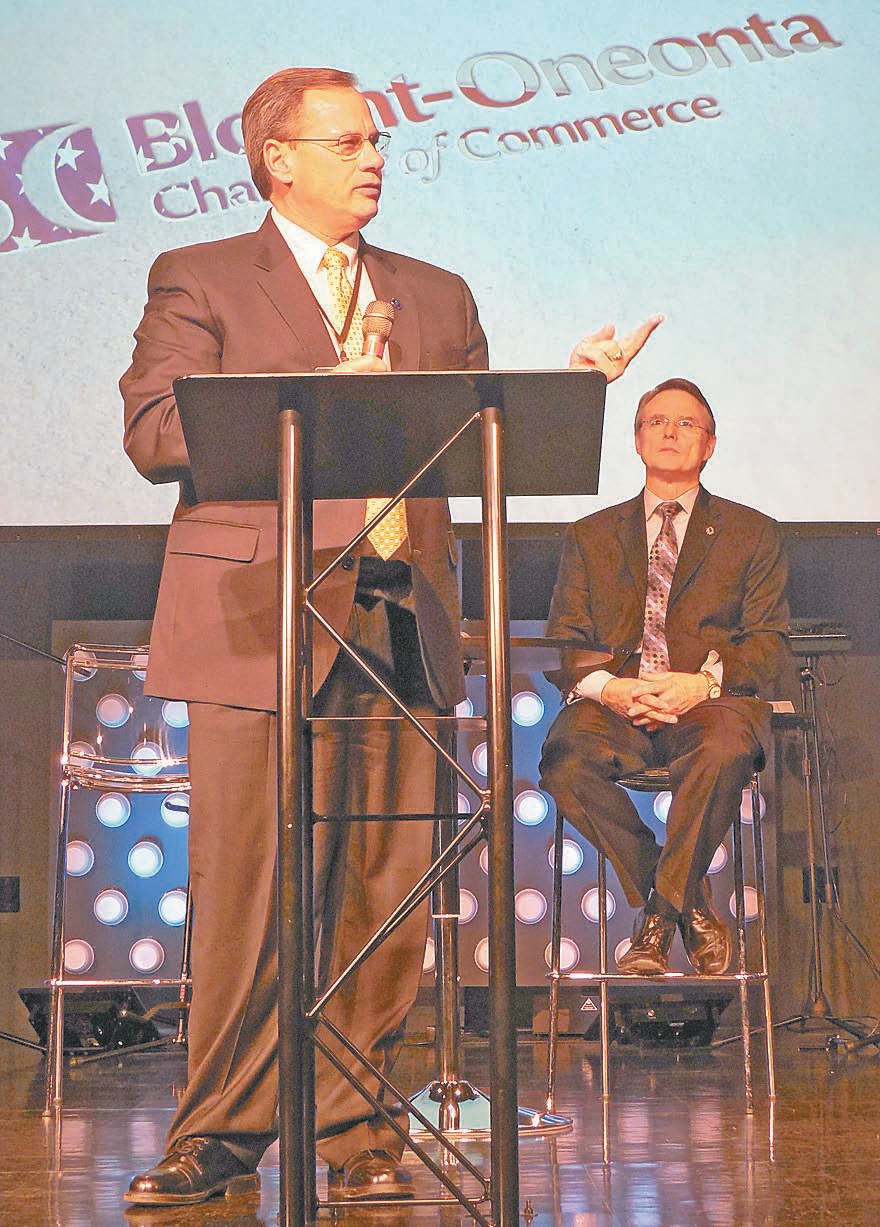 While the newspaper has covered the judge’s support, previously, Superintendent Green’s comments added another dimension to the proposal. Initially, Green spoke of the fact that both Blount County and Oneonta schools consistently rank academically in the top one-third of the state’s 134 systems; they fall in the bottom third in per-pupil expenditures, however. Citing the latest 2015 figures, he said the two ranked third and fourth from the bottom in that statistic.

The county system has some 7800 students and employees 918, the largest single employer in the county. The system most recently recorded an overall graduation rate of 91 percent, an all-time high. That accompanies an advancing college-or-career ready increase and improving dual enrollment agreements.

Should citizens approve the proposed tax increase, county schools would receive an estimated $850,000 per year in additional funding, with Oneonta obtaining an additional $150,000. Those funds, by law, could only be spent for capital improvements and technology advancements. Faced with these facts, Green noted, his board voted unanimously to endorse the proposed referendum.

While the presenters received only one question at the Oct. 26 luncheon, The Blount Countian sat with Judge Green, later, to seek further clarifications on the proposal.

In the initial question, the reporter asked Green of the disparities in sales taxes from adjacent counties and that of Blount. According to the website www.taxrates.com/state-rates/alabama/counties/, Blount County’s 2 cents ties Walker and ranks second only to Cullman (with 4.5 percent) among it and its surrounding counties. [The site shows Marshall and Saint Clair with no county sales taxes and Etowah and Jefferson with 1 cent each. The site does, however, indicate St. Clair has a “special” 2-percent sales tax and Jefferson a “special” 1-percent additional.] Some have questioned that if most of the adjacent counties can manage with 2 or less, why does Blount need 3 percent?

Addressing that, Green noted that counties receive various tax sources. While not counties both Birmingham (one percent) and Gadsden (two percent) have occupational taxes.

He said he had not had time to research other counties’ property taxes and their uses, but did note that some adjacent counties have higher automobile sales taxes. He cited interstate highway road mileage as another factor, contending that most of the adjacent counties have considerably more interstate miles and additional gasoline tax revenue because of traveling customers purchasing fuel at stops along those roads.

He was then asked of circulating rumors that should county voters not approve the tax increase, Oneonta would do so on its own. He said he feels some have concluded that from newspaper accounts of the recent past request from the Oneonta City School Board for additional funding, which included a discussion of an increased sales tax.

He said that municipalities, as the county, find themselves strapped for funds. Should the tax, which provides additional funds for each incorporated town/city in its appropriation, not pass, these municipalities would have to find additional funding and that a sales tax increase would be a likely source.

Oneonta Mayor Ross Norris, asked of a possible Oneonta sales tax increase, expressed, again, his personal opposition. He vowed as a member of the council he would not vote to increase the city’s sales tax.