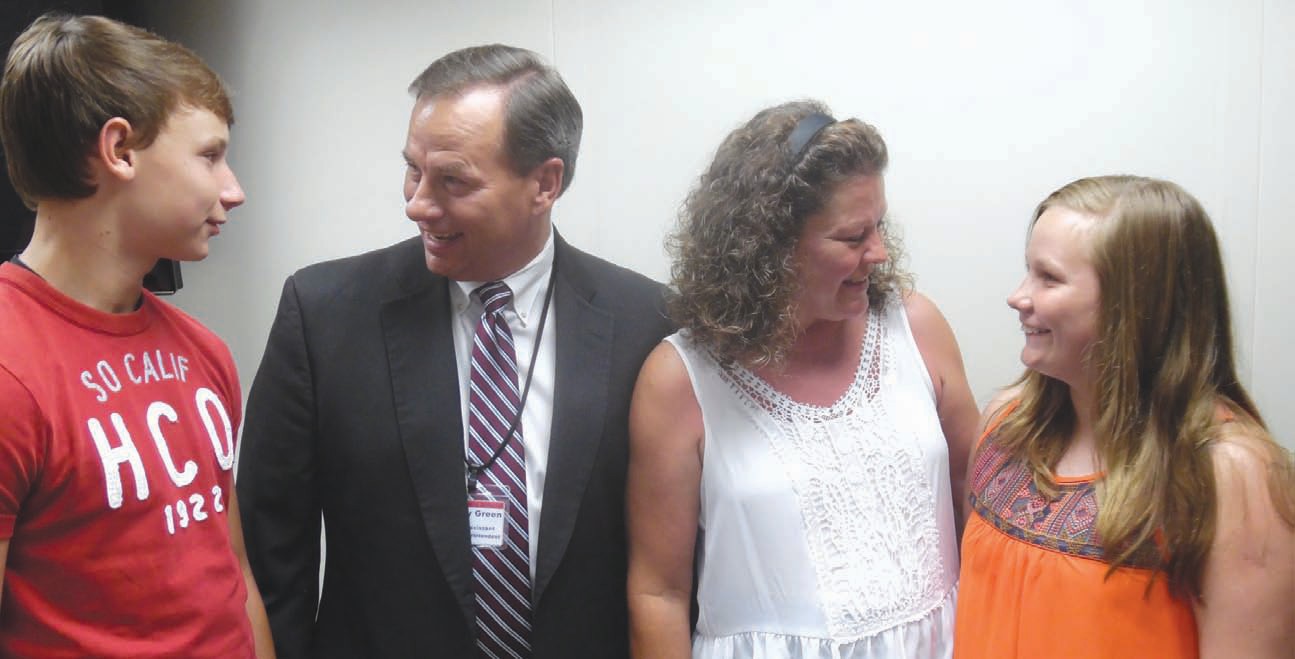 In an unexpectedly emotional ceremony, Green was appointed to a chorus of testimonials in his favor, following a moving acceptance talk where Green himself joined the emotions of the moment. Examples:“We couldn’t have found a better candidate if we had searched the whole U.S.A.,” said school board chairman Bruce McAfee, following Green’s unanimous affirmation by the board. Jim Carr:“I’d like to confirm what a great decision the board has made by putting the right person in the right place for this job.” He continued to praise and thank Green for their 16 years of working together as a highly effective team, adding that Green’s support may have had the effect of extending his own career by that many years. “I don’t believe we ever even had an argument,” he said.

Green himself rose to the occasion, crediting Carr with nurturing a “culture of teamwork” and adding “I would not take this office without this team. You mean the world to me. We’re family and we care about each other. That’s what makes Blount County special.” He saved the best until last, closing with this thought:“Kids don’t care how much you know – until they find out how much you care. Then they model themselves by your example.”