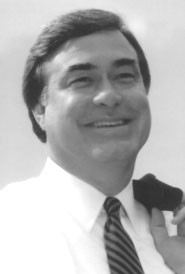 At the conclusion of each annual session of the Legislature, I am invariably asked to grade the legislators’ performance and assess the accomplishments of the session.

Most journalist fall prey to the popular and convenient position of giving the Legislature a perfunctory “F.” Legislative bodies are generally held in contempt and disdain. They are perennially grouped together and branded as totally incompetent.

Allow me to share with you a personal analogy that inspired my assessment of the recently concluded session. In high school I had an excellent football coach. He knew how to get the best out of his players. He had an innate ability to treat each of us individually. At 16 I had grown gangly, to say the least. I was 6’5″ and weighed 174 pounds soaking wet. My coach was probably worried that I would be killed. He jokingly said I had to run around in the shower to get wet. He made it fun because he prodded me without really expecting too much from me. Eventually he molded me into a starting tight end and contributor to the team. In short, he did not have much to work with but he made the best of what he had.

The same can be said of this legislative body. They arrived on the scene two years ago facing the worst financial dilemma in Alabama history. The manna from heaven that came from Washington in the form of federal stimulus money is no longer available. The chickens have truly come home to roost with the budgets they were dealing with this session. The General Fund budget that begins in October will be $327 million less than this year. These legislators had nothing to do with this shortfall. The national economy has played havoc with all state budgets. Alabama has a constitutional provision which prohibits deficit spending.

Our Republican Legislature is very conservative. It did not seem to concern them that they were going to have to take a scalpel to social programs such as Medicaid. These folks are not rhinos, they are real Republicans. They adhere to the cardinal Republican pledge of no new taxes. Our Republican Governor adheres to the same theme. Therefore, they were singing out of the same hymn book. They both approached the beleaguered General Fund shortfall in a parsimonious manner. With no new revenue relief to assuage the problem the obvious monster to attack is Medicaid, which has now grown to 35 percent of the General Fund budget.

Therefore, the House attacked Medicaid and the Senate chose prisons. In the end, they compromised and cut both about equally. Most other state agencies, including the Department of Human Resources and the Mental Health Department, will face significant cuts along with Corrections and Medicaid.

The General Fund budget passed in the final 15 minutes of the session. The Education Trust Fund budget passed a few hours earlier. The only requirement that the Legislature is mandated to perform in their session is to produce a budget. They may have procrastinated and barely got under the wire but they passed both budgets.

In addition, they rewrote their immigration bill to make it more palatable and enforceable. They approved a measure that will shorten the school year by mandating a 12-week summer vacation. The new law requires school districts to start the school year no later than two weeks before Labor Day and end no later than the Friday before Memorial Day. The Legislature also lowered the mandatory school age at which children must begin school from age 7 to age 6.

Furthermore, the Legislature outlawed texting while driving during the session. The new law makes it a misdemeanor and first offenders are fined $25, second offenders $50, and the third and any subsequent offense is $75. Alabama becomes the 38th state to ban texting while driving. Governor Bentley said at the bill signing ceremony, “It doesn’t take a lot of common sense to know that you can’t text and drive at the same time.”

Please do not tar and feather me for my final grade. However, due to the financial restraints surrounding the crafting of these budgets, I give the Legislature an “A” for effort.