Governor will make appointment based on local recommendations 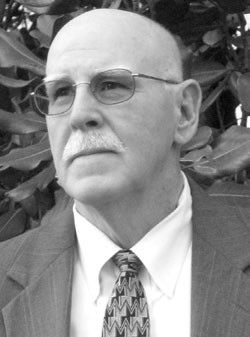 When an elected county official resigns, retires, or otherwise leaves office before his term expires, the position is filled by appointment by the governor of the state. The Blount Countian talked to Probate Judge David Standridge and state Representative Elwyn Thomas to find out how the process is normally handled.

In some cases, other elected officials or private individuals with contacts in the governor’s office or elsewhere in the administration may be asked to suggest a qualified candidate or candidates. It is not unknown for self-nominations to be permitted as part of the process.


“I will definitely talk to the governor’s office about the process,” said Probate Judge David Standridge. “I would expect to have input, along with other elected and party officials.”

Thomas said he expected to be contacted by the governor’s office about the vacancy.

“There are some highly qualified individuals out there,” Thomas said. “It’s just a matter of finding out who’s interested and who’s available. Then their qualifications are compared and finally a judgment is made about who’s likely to do the best job.”

Royce King, chairman of the Republican Executive Committee, said that group is also involved in the process. “Yes, we’ll make a recommendation, but we’re still considering it. We haven’t submitted a name yet,” King said Monday. King didn’t wish to speculate about when Republicans would forward a name to the governor. Asked if he thought it would be by the first of the year, he replied, “Yes, I would hope so, but I couldn’t guarantee it.”

Once the names are received, qualifications are evaluated in the governor’s office based on resumes submitted. The number of candidates is reduced to those best qualified and they are interviewed personally by members of the governor’s staff. The final selection is then made.

Todd Stacy, deputy director of press relations in the governor’s office, said it is too soon to speculate about how long the selection process will take, adding that the position is not officially open until the effective date of the resignation, when formal efforts to fill the job will begin. That date is Jan. 15.

“I will say that the job of sheriff is considered a critically important one, and the Governor and the Governor’s office will work diligently to fill it as soon as possible, consistent with getting the best and most qualified person for the job,” he said.

Coroner could serve as interim sheriff

If there is an interim period between the date of the previous sheriff’s last day on the job and the date for the newly appointed person to begin work, state law specifies that the county coroner should serve as sheriff until the new sheriff assumes office. John Mark Vaughn, 54, is currently Blount County coroner.

“It’s a very regretful situation,” Vaughn said. “It’s one I certainly didn’t anticipate when I campaigned for the job of coroner. But I’m prepared to carry out the duties of coroner and sheriff should it be necessary, for whatever time it might be necessary, at the governor’s discretion. It’s in his hands. It’s with no enthusiasm that I consider this possibility. I consider Danny Morton a personal friend along with his family, and I regret this terribly for all of them, and for Blount County as well.”

Asked if he considered himself qualified to carry out the requirements of the job, Vaughn answered, “Yes, I do.”

Supernumerary sheriff could be recalled

It is also possible that a former retired sheriff could be recalled to serve on an interim basis, or to fill out the unexpired term of the retiring sheriff.

Former Blount County Sheriff Larry Staton, 60, who retired in 2002 after serving three terms as sheriff, is a supernumerary official. The supernumerary designation was created by the Legislature to compensate former officers such as sheriffs and judges for their service to the state, and to allow for recalling them to active service for a temporary period if the need arises.

The Blount Countian asked Staton if he would be prepared to serve if he gets the call. “Well, I wouldn’t really have a choice, since I’m a supernumerary. But, I’d say I’m willing. I felt like I left a good department there when I finished my last term, and from some of the things I’ve heard since then, there may be some things that need to be straightened out since I left. To be honest with you, I wouldn’t mind an opportunity to straighten’em out, to the extent that they need to be. I think it might take some work to do it, but I expect I’d be willing and available.”