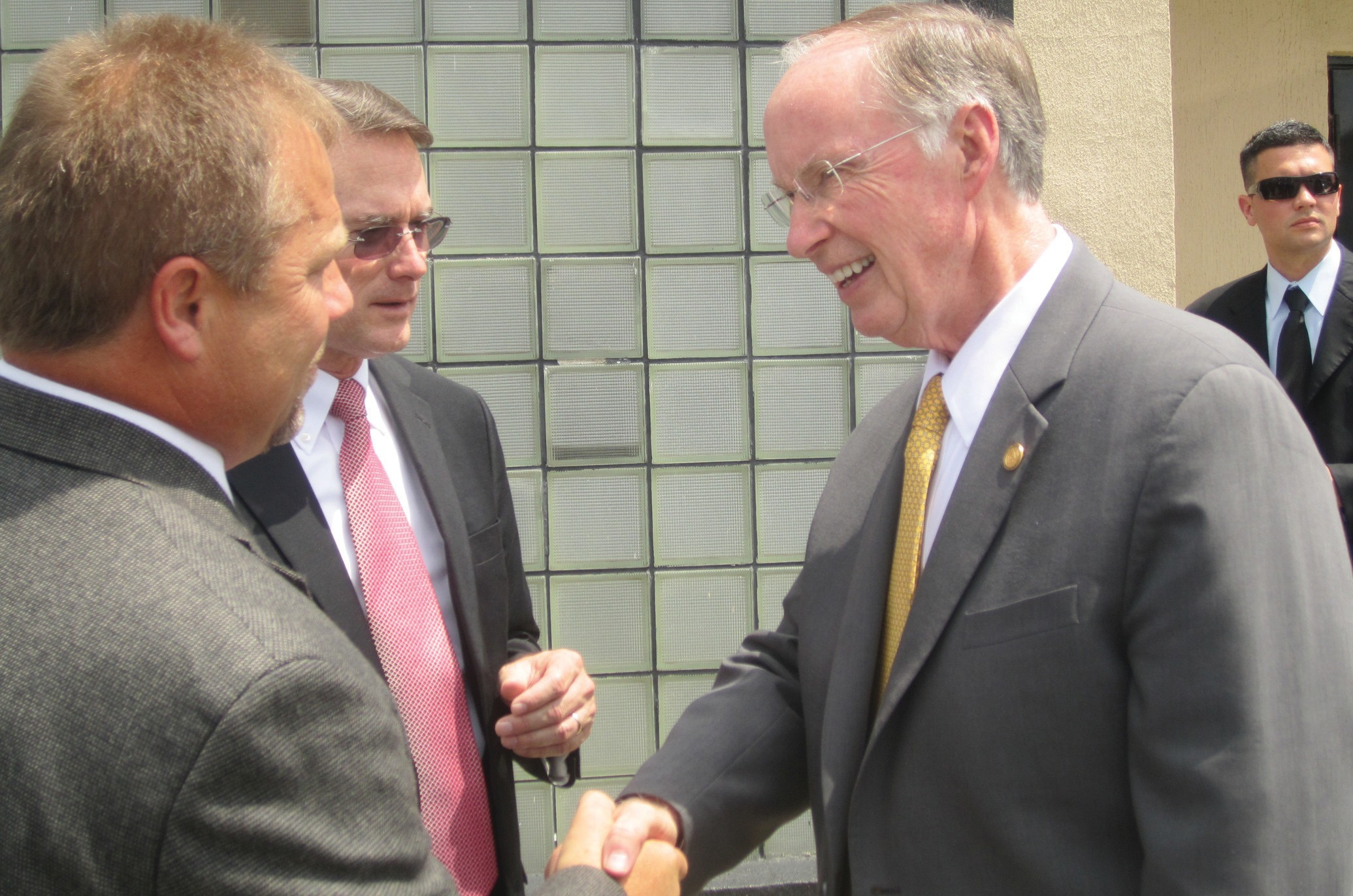 Gov. Robert Bentley made four stops in Blount County yesterday as part of his effort to discuss economic conditions and local issues in counties across the state. County officials Dean Calvert, left, and Chris Green, among others, hosted the Governor for lunch at Charlie B’s to kick off the tour. It appeared the Governor spoke to every single diner in the restaurant before sitting down for lunch. Later, he addressed a conference of county teachers at the Blount County Teacher’s Institute Day at J. B. Pennington High School. He then returned to Oneonta to meet with the Oneonta Business Association followed by a tour of the courthouse and discussion with county officials. Notable in his remarks to teachers was his assurance that as economic times in the state improve, conditions for both education and teachers themselves will improve. ‘As the economy improves, so does education,’ he said. ‘We’re going to be able to expand some needed programs. We’re also going to be able to do some things for teachers to help make up some of the pay losses from difficult economic times. We’re not going to forget about you. Don’t give up on us. We’re going to make some significant changes as time goes on.’ Bentley also discussed the need to increase the emphasis at all educational levels on technical skills training in order to prepare students to meet expanding needs and opportunities for increasingly high-tech and highly-paid jobs in the workforce. – Ron Gholson 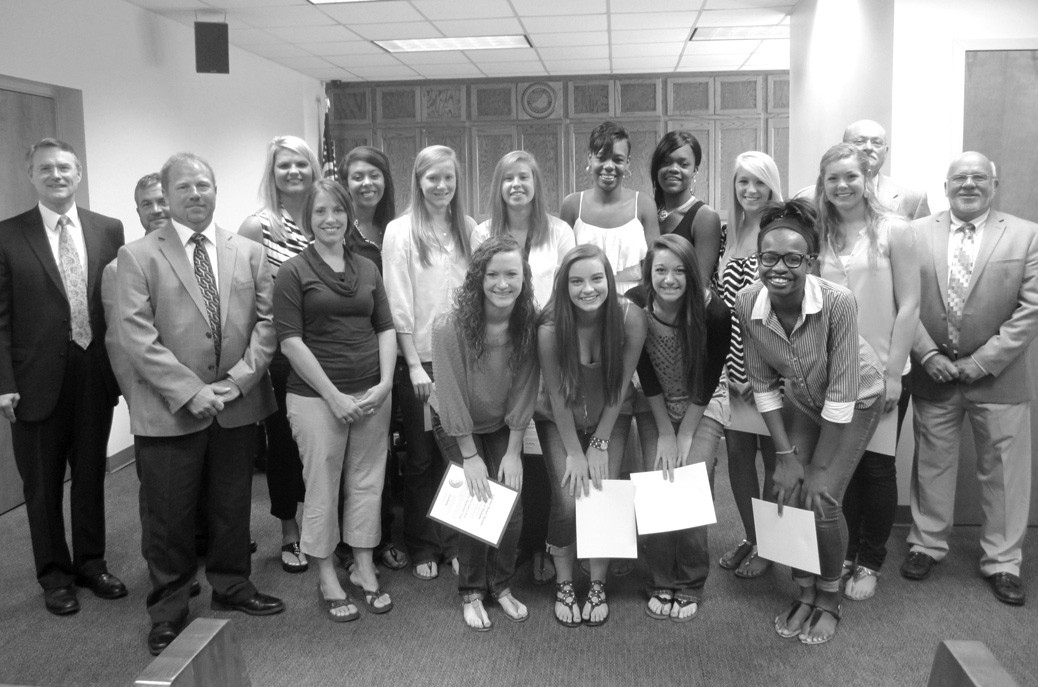 Oneonta Lady Redskins basketball team and their coaches take a bow after receiving commendations from both Gov. Bentley and the Blount County Commission.