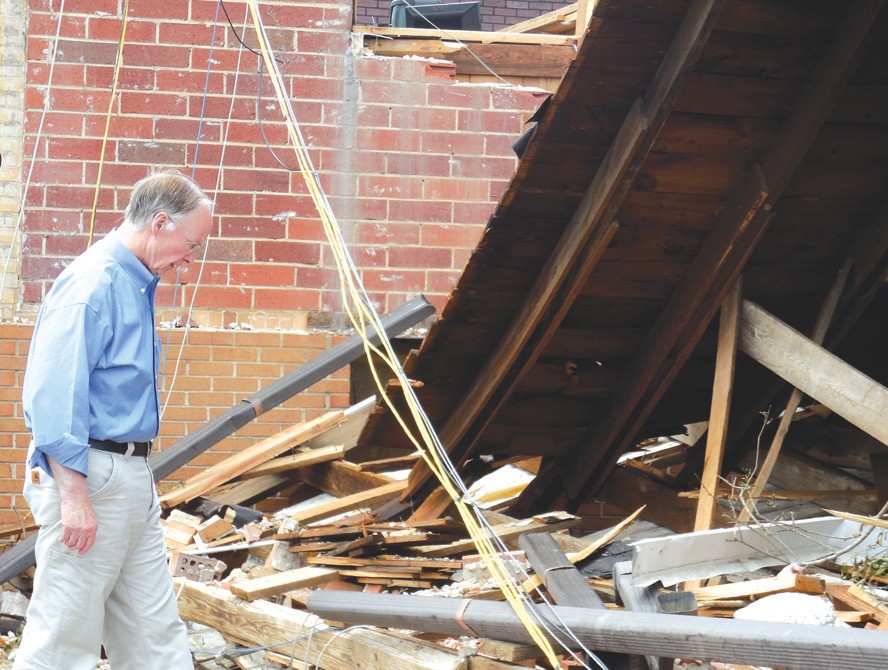 Last Wednesday, Gov. Robert Bentley visited the Kimberly community that had been greatly impacted by last week’s outbreak of tornadoes. During his tour of the damage, Bentley spoke after viewing the destruction at the Kimberly Church of God where 20 people were trapped after the tornado ripped through the area. ‘We are sorry to see all the destruction but we rejoice in the fact that no lives were lost here and that’s the most important thing,’ Bentley said. ‘We can always replace buildings. We can always replace structures, but you can’t replace people.’ Bentley put an emphasis on the need for more community and individual safe rooms. ‘If someone wants to donate, donate to the Governor’s Emergency Relief Fund,’ he said, ‘It’s not my money, we have a committee that makes sure this money is spent for unmet needs and many of the safe rooms are built with that.’ – Nicole Singleton