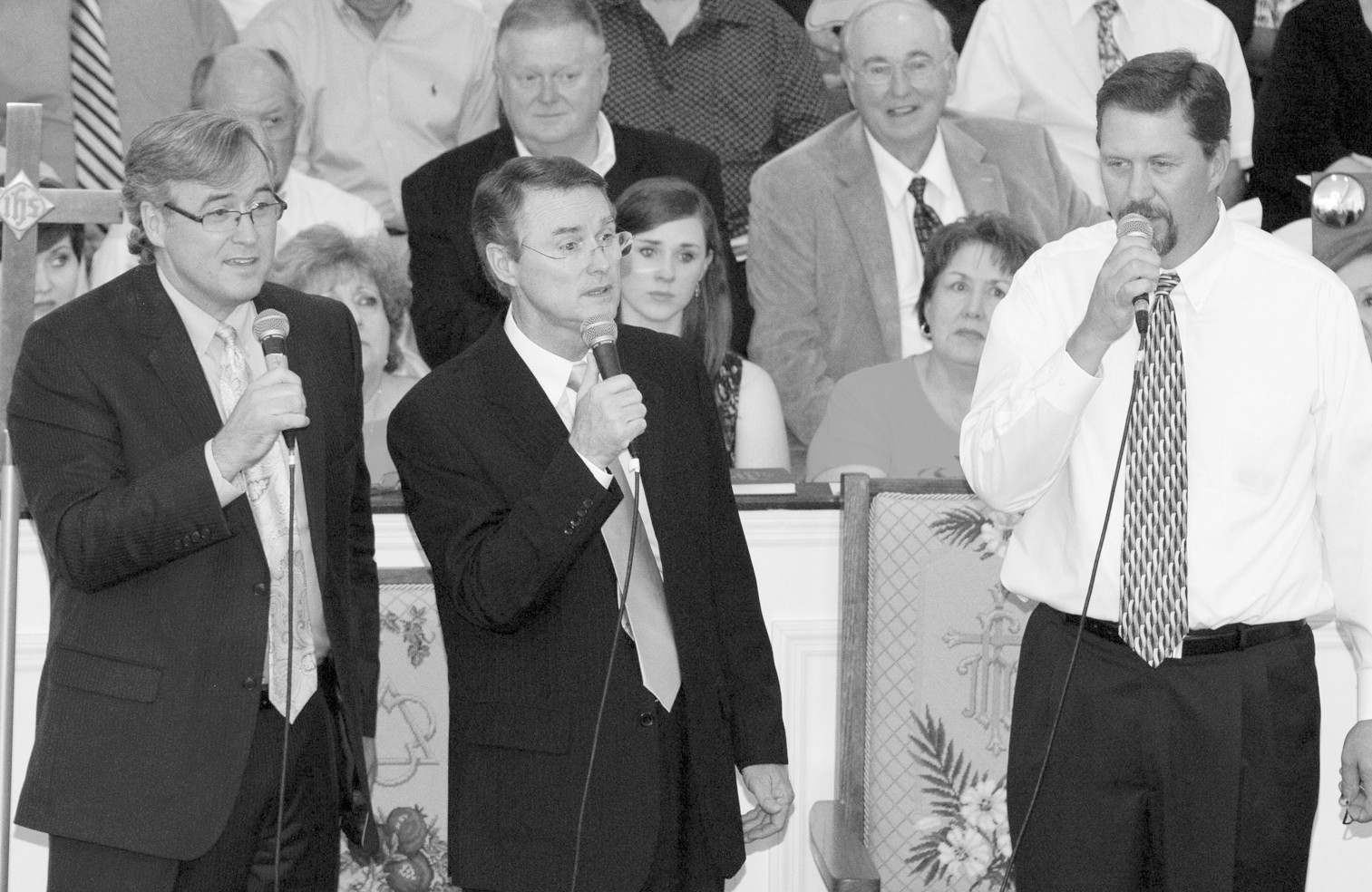 The Green brothers, from the left, Mark, Chris, and Benny shown singing “Is That the Lights of Home” at the 2012 gospel choir concert. The brothers haven’t chosen the song for this year yet, but it’s likely to be iconic.

The Blount County Gospel Choir, a group made up of 50-odd old-time gospel singers from about 20 area churches who meet once a year to recreate the sounds of the past, will hold its ninth annual concert at Lester Memorial United Methodist Church Aug. 17 at 2 p.m.

The gospel sound of the past was, among other things, often loud, distinguished by lusty singing in the four traditional parts, with altos and basses giving no quarter to the often predominant tenors and sopranos from more “citified” church vocal music.

It was also characterized by overlapping harmonies and repeating phrases moving from one part to another – all of which should be in evidence at the concert Aug. 17, if choirmaster Chris Green follows his usual practice of picking the most energetic, the most melodic, the most moving, and the most beloved of the songs from the canon of gospel music. While the program is not yet assembled, ”Just a Little While,” “Going Home,” and “It’s Gonna Be Wonderful” are three of the songs that will be included.

A highlight of the concert is special music performances by local ensembles. Included this year are the George Reid family featuring George, brother Ellis, sister Anne Price, daughter Kelley Cox, and granddaughters Kiley, 15, and Kenzie, 11. They will sing “Shelter from the Storms.” Kenzie will also perform “The Lights of Home” as a solo.

Other featured performers will be the Green Brothers trio – Chris, Benny, and Mark – with Mark providing both vocal and piano solo support.

Morgan Green, fresh from her Miss Outstanding Teen America second runnerup finish, will perform a solo, yet to be determined. She is from Tuscaloosa, but has deep Blount County roots on both sides of her family.

One or two other surprises are possible, according to maestro Green.