by Bob Martin
Bob Martin is editor and publisher of The Montgomery Independent E-mail: bob@montgomeryindependent.com 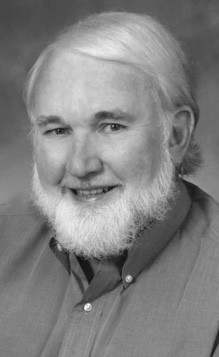 You see it all the time in many organizations. A church grows too large. Part of its congregation is unhappy with the direction it has taken and breaks away to form its own ministry. The same happens with political parties.


This year the Republican Party in Alabama had one of its largest turnouts ever in a NON-PRESIDENTIAL primary election…nearly a half million voters; but divisions have become evident as leaders attempt to achieve unity after a party runoff election that became “them vs. us,” or “the ins vs. the outs.”

The “ins” were those openly supporting former two-year college chancellor Bradley Byrne, a wealthy lawyer from Montrose in Baldwin County, who had the backing of Gov. Bob Riley and most of the party hierarchy. The outs were the supporters of state Rep. Robert Bentley, a wealthy doctor from Tuscaloosa, who poured millions into his own campaign and publicly chastised Riley, calling for an end to corruption in the governor’s office and pledging his children would not be enriched on the taxpayer’s dollar.

The other candidates on the outside of the GOP inner circle who secured a significant vote were Tim James, who carried 27 counties, but fell just short of making the runoff, and Roy Moore, who carried 10 counties.

Byrne led after the first primary, polling 28 percent of the vote to Bentley’s 25 percent but almost half of the Republican turnout remained up for grabs.

The tough job for the GOP will be to repair the wounds created in the primary, including a resolution over the support of Bentley by the 104,000- member Alabama Education Association. If Bentley won he could reap some reward in the general election from that support; if Byrne won the AEA will continue its war with the former chancellor who picked a fight with the powerful teacher group while he was head of the two-year colleges.

Should Bentley move on to the governor’s chair, many observers say some heads in the party’s inner circle will roll…thus the major party push for Byrne.

No matter what happened in the governor’s race, the GOP in Alabama is going to need a lot of “pulling back together,” one member of its executive committee told me last week.

A federal grand jury meeting in Montgomery is looking into the allegations of possible irregularities on Capital Hill over the recent attempt to approve a statewide referendum on bingo.

Prosecutors have subpoenaed the state pay stubs of 33 legislators, Attorney General Troy King, and other public officials, including E. Paul Jones, the district attorney of the judicial circuit that includes Macon County and Circuit Judge Tom Young, also of that circuit. Young issued an injunction protecting the Victory- Land race track and bingo casino from raids.

The state Department of Finance received the subpoena in April. It asked for the most recent payroll checks, direct deposit information, and all related documents.

And if, like this reporter, you happened to have called VictoryLand owner Milton McGregor, or were called by him, during the period of March 1 through April 8 of this year, you were probably the victim of an FBI wiretap.

Notices were received from the FBI starting last week by hundreds of people who had telephone conversations with McGregor. They included his minister, his doctor, and all of his attorneys. The letter stated that U. S. District Judge Truman Hobbs had authorized interception of calls either to the phones or to someone called from the phones of those sent the notice.

I am told that the lawyers involved plan to demand to hear the conversations. The attorney-client privilege is protected from such Gestapo-like tactics but I understand the U. S. attorney’s office in Montgomery did not immediately destroy the conversations with the lawyers as they should have done, but instead listened to them and now have them under seal.

Leura Canary, the U. S. attorney for the Middle District of Alabama has continued to serve for 18 months under the Obama Administration and is the only U. S. attorney in Alabama who hasn’t been replaced. I am told that high-ranking Democrats are livid at Obama and believe U.S. Sen. Jeff Sessions cut a deal with the President or his attorney general to keep Canary on through September or longenough to scare the Legislature and perhaps secure some indictments.