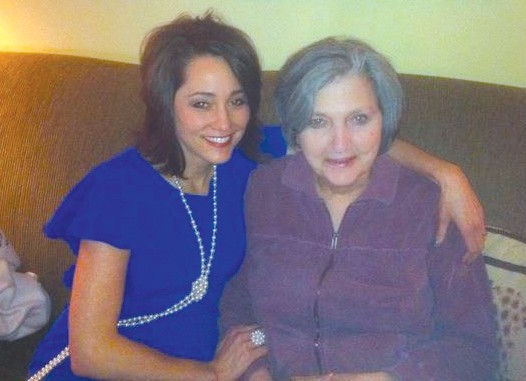 Shawn Hazelrig (left) will run the Boston Marathon in honor of her mother-in-law Becky Hazelrig (right).

On April 15, Shawn Hazelrig will celebrate her 40th birthday by running the Boston Marathon. Hazelrig has never ran in a marathon before, but this particular one is close to her heart. She is running on the Multiple Myeloma Research Foundation Team in honor of her mother-in-law, Becky Hazelrig, who is afflicted with the disease, a type of blood cancer.

Anyone running in the Boston Marathon has to qualify, and Shawn claims she isn’t fast enough to do that. However, the marathon includes charity teams, like the Multiple Myeloma Research Foundation Team, so Shawn applied to be one of its 10 members.

“I knew there was no way it would have happened unless God wanted me to do it,” she said. “It was a shot in the dark.”

One night, she prayed and talked to God about the possibility of being selected to run in the marathon. The next morning, she received confirmation that she would be doing just that.

Last October, God led Shawn to do some- thing she says was completely out-ofthe norm for her, and once again, it was in honor of Becky.

“One church service in October of last year, God laid it on my heart to shave my head,” Shawn says. “I had always hidden behind my hair.”

According to Shawn, her hair was her security blanket, and she was never without a can of hairspray and a brush. But, at a February worship service in front of 100 people, Shawn shaved her head.

Afterward, some people she encountered thought she was sick. Once they approached her to ask her about it, she had a chance to share Becky’s story.

“I was able to say ‘I shaved my head in honor of my mother-in-law’,” she says.

Becky is well-known as being incredibly active in church. Shawn says Becky, who never met a stranger, witnessed about Jesus Christ to any and every person she met. However, with her current health issues, Becky hasn’t been able to actively participate in that.

“After she finished speaking with someone, she asked about their relationship with Jesus Christ,” Shawn says. “By shaving my head I had a conversation starter, and I took over her job.”

On Nov. 4, Shawn and her family and friends will begin working to save up enough money to support Shawn in the Boston Marathon and provide money to the MMR Foundation. They are calling the campaign, “Spread the Word.” They will spread the word about the Boston Marathon, the fundraising, and the gospel.

“The cure is the Word,” Shawn says. “Even in her cancer, the Lord is using Becky to spread the gospel.”

The first fundraising event will be a benefit singing including Three By Grace and Scott Rogers and Tamra Doty Alldredge. The event will take place at Locust Fork Baptist Church, where Shawn is a member. Shawn’s goal is raise at least $4,000.

Shawn says she hopes she can do a least a portion of what her mother-inlaw has achieved in her lifetime.

“We are different people, but our common bond is our love for Christ,” Shawn said.