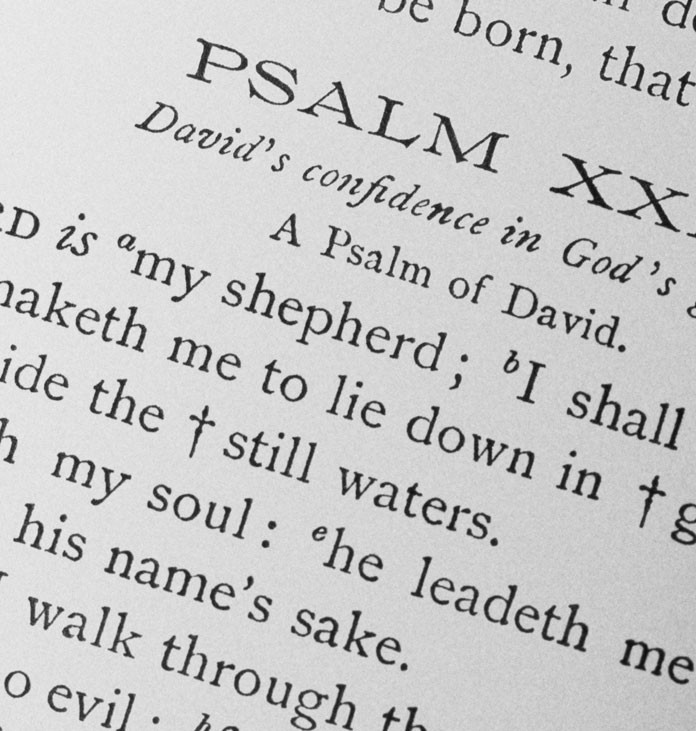 Psalm 47 is regarded as one of six “Psalms of Yahweh’s Enthronement” (See Ps. 93, 96-99). In the years following Israel’s exile and return, they served as dramatic elements of the Hebrew New Year’s Day when Yahweh (the Hebrew name of God) took his seat on the throne as king of the world. This Hebrew Rally Day was a day of great excitement and begins with a rousing call to worship “Clap your hands, all peoples! Shout to God
with loud songs of joy!”
(47:1).


One writer said that Psalm 47 “sounds a good deal like a national anthem” and it is true that these Enthronement Psalms embody an uneasy mixture of two basic elements: Hebrew religion and Israelite nationalism. “Uneasy,” because when mixed together, these two elements are often mistaken for each other and adherents may become incapable of discerning which is which, a capability that is vital for both religion and the nation.

At first in Nazi Germany the church was regarded as a supporting pillar for National Socialism; then later the state took over the churches and used them for their nationalistic goals. Didn’t the German Christians realize what was happening? Probably not, because it was a gradual process and dissent was regarded by the state as treason. In Germany the Nazi flag became an established fixture next to church altars. OVER ALL THE EARTH

Psalm 47 begins with a universalism that was seldom present in Judaism: “For the Lord, the Most High, is terrible,

a great king over all the earth”
(47:2). Even if this concept had occasionally appeared in the writings of the past, its statement in Psalm 47 makes it a major theme. God is no longer king only of Israel, but all nations, all peoples.

Yet the Psalmist momentarily lapses back into Hebrew nationalism. Note the use of “us” and “our”– “He subdued peoples under us, and nations under our
feet. He chose our heritage for us, the pride of Jacob
whom he loves”
(v. 3,4). Nationalistic pride reigns until in the heat of spiritual emotion the recognition of God’s universal reign returns: “Sing praises to God, sing
Praises! Sing praises to our king, sing praises! For God is
king of all the earth; sing praises with a psalm. God
reigns over the nations; God sits on his holy throne. The
princes of the people gather as the people of the God of
Abraham. For the shields of the earth belong to God: he
is highly exalted!”
(vs.7-9).

Verses 6-10 explode in emotional release with clapping, loud singing, trumpets, and perhaps a procession involving the ark of the covenant. Five times, the Psalmist commands: “Sing praises!”
and in v. 1 he says: “Shout to God with loud songs of joy!”
In some Jewish synagogues today the Hebrew New Year is still marked by the sound of the shophar, a ram’s horn. (It’s hard to nap when the shophar is blown!) ULTIMATE LOYALTY

So where does Psalm 47 fit into our picture? (Or where do we fit into its picture?) The psalm helps us to realize that, although the people of Israel initially thought of God as belonging to them, they gradually came to see themselves – along with the peoples of the whole world – as belonging to God. And, if they and we belong to God – and not vice-versa – then He, not the nation, commands the ultimate rule and our ultimate loyalty.

So, whenever God’s rule is undermined or challenged by secular authority and politics, our obedience must first and always be to God. That may mean assuming the role of critics and reformers. Mazzini, the 19th century Italian patriot held that “The honor of a country depends much more on removing its faults than on boasting of its qualities.” There’s nothing wrong in waving the flag, so long as it doesn’t become a substitute for guarding the righteousness of our nation. As Thomas Jefferson saw it: “Indeed, I tremble for my country when I reflect that God is just.” Our just God requires more than pious ceremonies and patriotic sentiments. Real confession and penance are essential.

Does that mean that a real Christian cannot be a good patriot? As Daniel Webster saw it, “Whatever makes men good Christians makes them good citizens.” Our country is best served by Christians who act and speak to our national conscience.