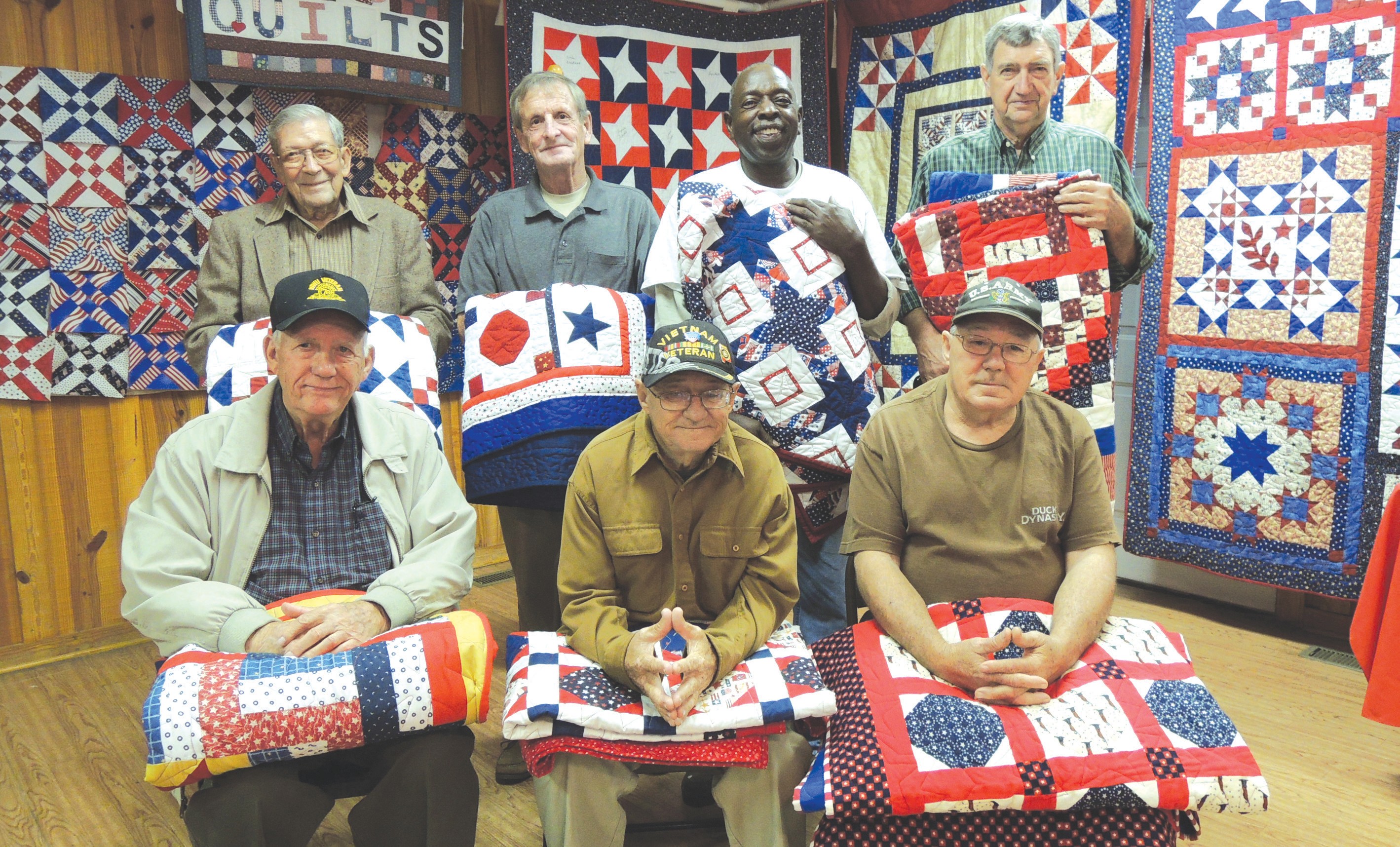 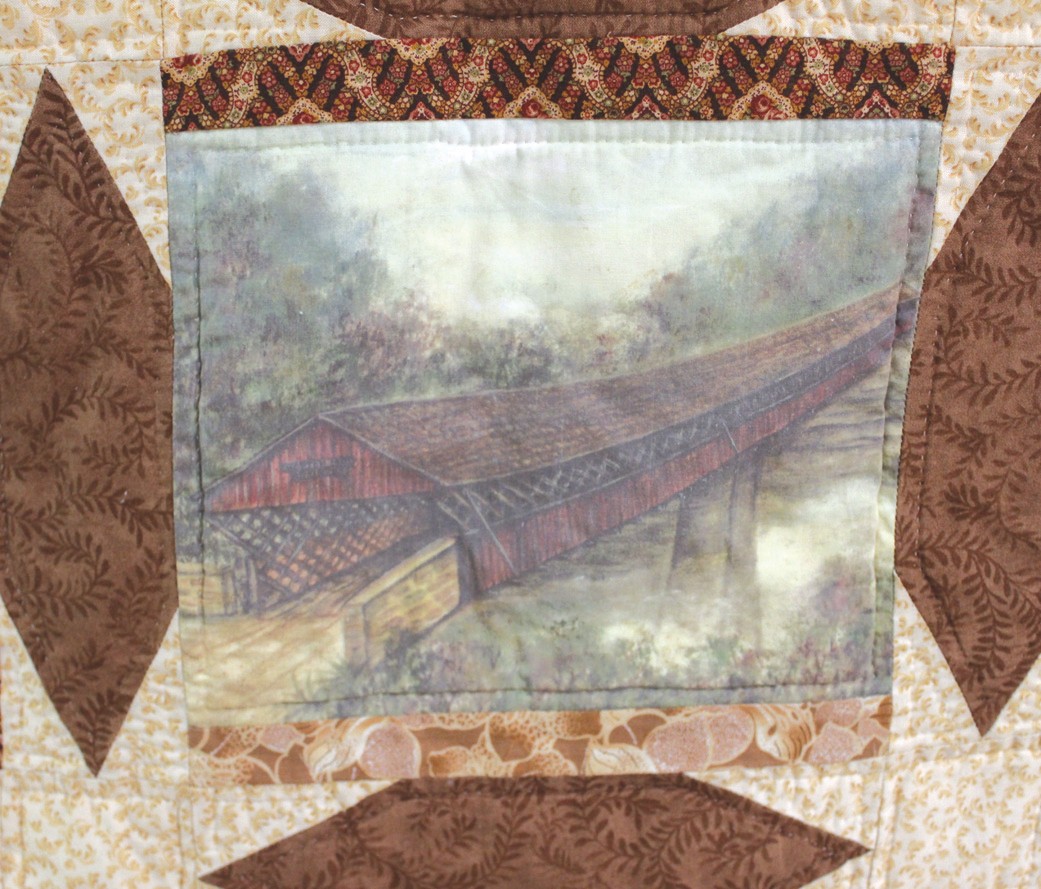 John Trantham presented Blount County Memorial Museum curator Amy Rhudy with a quilt made by the quilters guild earlier this month. Trantham, a veteran who served in the Marine Corps, said Rhudy deserves the quilt for her willingness to always assist Blount County veterans. ‘She’s done more for them than anyone knows,’ he said. ‘This quilt is presented to her from the veterans of Blount County to show our appreciation.’

A quilt featuring the covered bridges of Blount County placed second during the Blount County Quilters Guild Show. Owned by Jerry and Jean Gibbs, the quilt was given to Jerry by his sister because of his and his wife’s love of the bridges. The couple were the first to cross the Horton Mill Covered Bridge after its reopening in 2013 mirroring Jean’s parents, Bertha and William Claude Murphree, who were the first to cross the bridge when it was initially constructed in 1932.