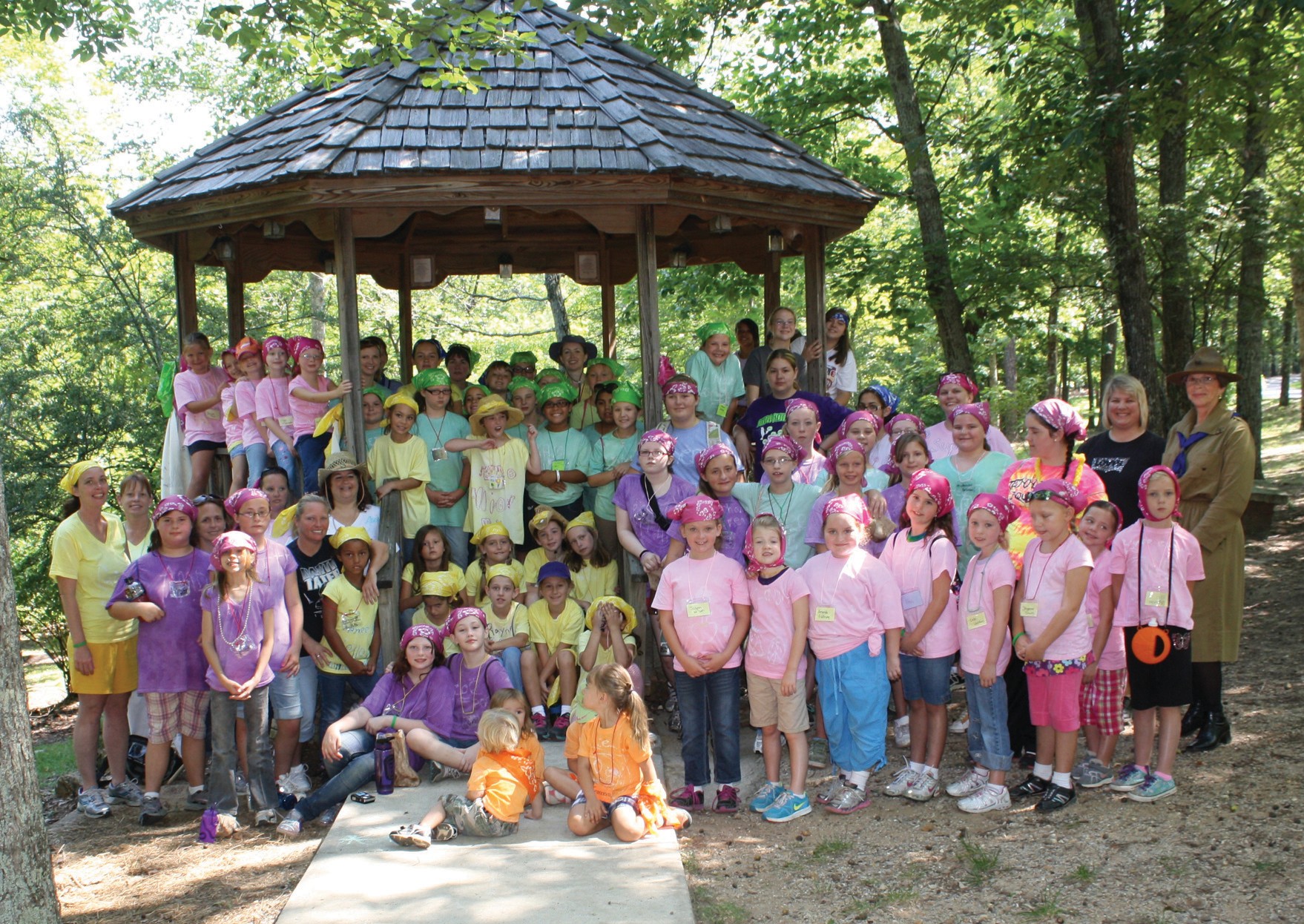 The Girl Scouts’ annual daycamp has been at Palisades Park for more than 30 years.

Girl Scouts of all ages gathered at Palisades Park last week to enjoy nature, make crafts, learn to bake bread, and participate in other activities. The annual event is believed to have been taking place for more 30 years, and daycamp director Patti Hansen says she spoke to a former Girl Scout who camped at Palisades in 1952.

Girls from 12 different schools in Blount County and surrounding counties came to the day camp and campers ranged in age from kindergarteners to seniors in high school.

This year marks the 100th anniversary of the founding of Girl Scouts, and in recognition the scouts donated an American flag and flag pole to be erected at the Palisades Park amphitheater.

In honor of the anniversary, Hansen’s plan for the daycamp was to teach the girls about the past, present, and future of the organization.

“They are the future, and we brought Juliette Low as the past,” Hansen said.

Low, an important figure in the scouting world, founded Girl Scouts in 1912, and Sarah Edwards, Girl Scout volunteer since 1979, was at the daycamp in authentic attire as a Juliette Low impersonator.

Edwards first explained to the girls what Low was like, and then showed them what life would have been like during Low’s lifetime by baking bread and churning butter.

Edwards became a girl scout in 1952, and after her three daughters finished scouting, she continued to be a volunteer.

“I think this is one of the few places where girls can work with only girls and become leaders,” Edwards said. “We are trying to teach character and confidence and give them the courage to do whatever they want.”

The ACEA is an affiliate organization of the Association of County Commissions of Alabama, representing professionals serving in engineering-related capacities in county goverment.