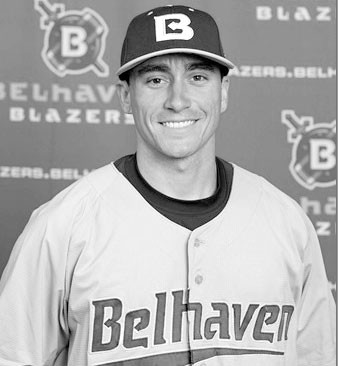 Andrew Gipson, a 2008 graduate of Oneonta High School, has been named a full-time assistant baseball coach at Belhaven University in Jackson, Miss.

Gipson played four seasons with the Blazers from 2008- 2011 and was a key part of three conference championships, four NAIA regional tournaments, and one NAIA World Series appearance.

“I would like to thank our administration and Coach (Hill) Denson for giving me this special opportunity,” Gipson said in a release from the school.

“I have some big shoes to fill, but I’m honored and excited for the opportunity to help carry on the tradition of hard work and excellence that we have established over the years. Every year our goal is to recruit and develop the type of players that can lead us to a national championship and that our university, community, and fans can be proud of.”

Gipson played under Hill Denson and spent the 2012 season as a student assistant for the team. He was a graduate assistant last season.

He helped lead Oneonta to the 2007 4A state title series as a catcher for the Redskins.

Andrew is the son of Larry and Wanda Gipson of Oneonta.