Getting ahead of the game 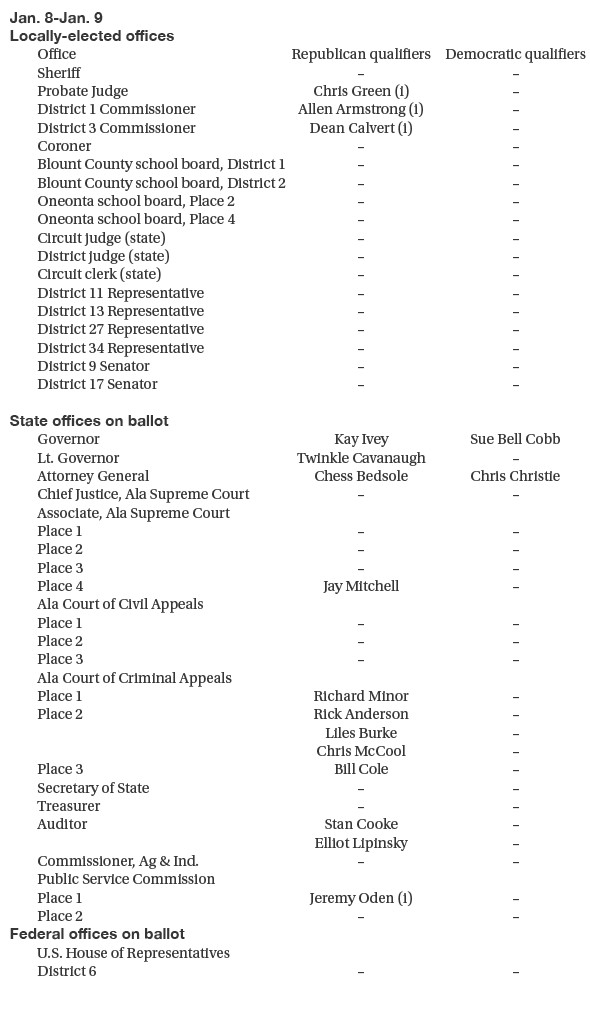 The election cycle this year is shaping up to be a dramatic one, both at the national level, but at the state and local level as well, with nearly 30 state executive and judicial offices to be filled, not to mention140 Alabama Senate and House seats. Locally, there are some 19 elective offices to fill, including nine locally-elected state offices, six county government positions, and five school system positions.

The following breakdown includes all candidates officially qualifying in the first period beginning (Monday) at 8:30 a.m. and ending for reporting purposes, Tuesday, Jan. 9, at noon. Subsequent weeks’ qualifiers will be reported each week. Incumbents for county offices are denoted by (i). A dash indicates no candidates qualified as yet for that position. Cutoff time for listings qualifiers was 12 noon Tuesday. Sources for state office qualifiers are the Alabama Republican Party website, and the Alabama Democratic Party website. Local qualifying information is provided by the county Republican and Democratic chairmen, with the exception of state offices elected locally.