‘Get them while you can’ 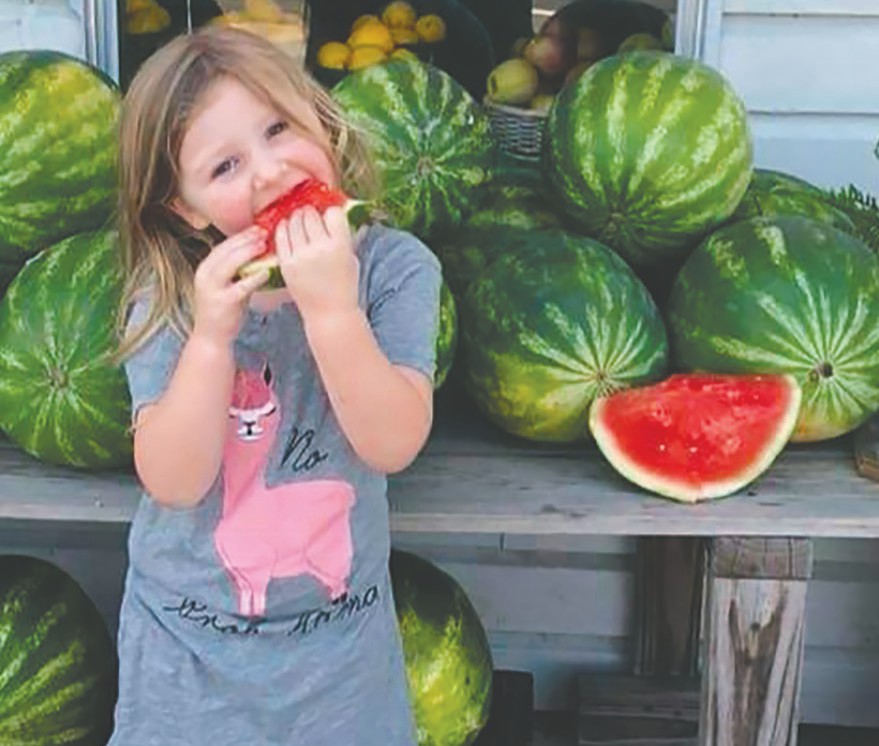 After a July filled with an abundance of produce, farmers are beginning to report that several crops have or will be ending soon. “Peach season is coming to an end soon, so get them while you can,” said Amy Allman of Allman Farm and Orchard. Hazelrig Orchard has finished up their nectarine and plum season. Janet Dooley reports that finding green beans at the Blount County Farmers Market is becoming harder and harder each week.

Speaking of the Blount County Farmers Market, farmers continue to offer plenty of watermelons, cantaloupes, figs, pears, tomatoes, and peppers. Zipper peas and pink eye purple hull peas have begun to come in, but as mentioned several times previously, you must get to the market very early to get those crops. When vendors sell out, their day is done there, and they leave the market. Many times this occurs mid-morning and those coming later miss out on some wonderful produce.

McCray’s Old Field Farm has ended their summer garden selection, but will be planting a fall garden with hopes of producing some wonderful turnip greens. The elderberries are ripe and being transformed into wonderful tasting jellies and syrups.

As I was talking with Suzy this past Monday, she claimed she was a “sticky mess,” as she was in the middle of making fig jelly and preserves. Next on her list is creating candula salve.

Copeland Farms continue to offer sugar sweet cantaloupes and watermelons for sale. They also carry tomatoes, and a variety of hot and sweet peppers.

Over at Baswell Farms, canning Cherokee Purple heirloom tomatoes are available at $10 per box. Last week they picked one that weighed almost two pounds. In addition, you will find pickling cucumbers, okra, squash, green and red tomatoes, as well as bell, jalapeno, and banana peppers.

Allman Farm and Orchard has grape, green, and red tomatoes, canary melons, cantaloupes, hard pears, and a few Big Red peaches. If you are looking for yellow crookneck squash or cucumbers, they have them. By the weekend, Allman Farm anticipates having obsession corn.

Hazelrig Orchard has Flame Prince peaches, Orient pears, ripe and green tomatoes, Athena cantaloupe, yellow squash, cucumbers, zucchini, and okra. Apple season will kick off at the orchard around Labor Day. Initially they will have Red and Golden Delicious apples. They grow 14 different varieties of apples.

And last, but not least, Snead Produce has cantaloupes, watermelons, tomatoes, squash, okra, bell peppers, and peaches at both of their locations. Snead Produce offers local honey and anticipates having muscadines later in the week.

Buy fresh. Buy local. You benefit. Farmers benefit. It’s a win-win for all.