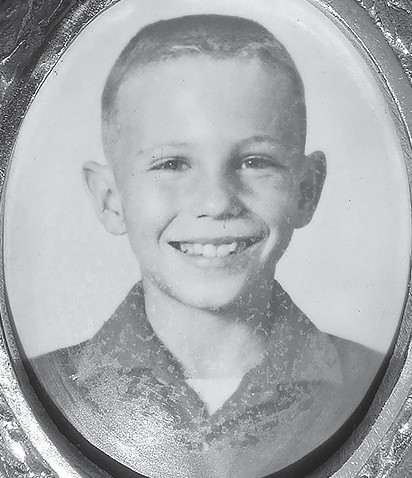 [In last week’s part one of this story, August, 1962, newspaper readers in various parts of the country had learned of the kidnapping and murder of 11-year-old Midfield resident Larry Wayne Thomas. By Aug. 8, many read of the arrest in Baltimore of Michael Anthony Mayola, who had confessed to those crimes.]

Michael Anthony Mayola had adopted the name George Workman for the approximately16 months he had lived in Oneonta operating Workman’s Barber Shop. He claimed he had decided on Sunday, Aug. 5, to turn himself in for the murder of Larry Wayne Thomas but had wanted to avoid trial in Alabama.

He reported to Birmingham News reporter Tom Lankford that he boarded a Birmingham-bound weekend bus in Oneonta and took a 1:15 a.m. Monday departure from there for Baltimore. He said that after he had arrived in Baltimore early Tuesday morning, he turned himself in to FBI agents telling them of his crime and explaining he wanted to be tried anyplace but Alabama.

The FBI agents told Mayola they did not have jurisdiction over those crimes and notified Alabama authorities of his apprehension. They held Mayola on flight to avoid prosecution, awaiting action in Alabama. Authorities in Alabama asked for his extradition, which Mayola did not fight.

As reported in background of a 1980 appeal by Mayola of his conviction, “The [Birmingham] News somehow secured the deputization of one of its reporters [Tom Lankford] by the Blount County Sheriff’s Department, apparently in exchange for the use of the reporter’s air-conditioned automobile, to enable [the reporter] to accompany officers as they escorted Mayola back to Oneonta from Baltimore. On this junket, the reporter frequently questioned Mayola about the crime, and telephoned stories detailing the highly inculpatory fruits of these sessions, including quotations from the accused, back to the News as the trip progressed.” Who was Mayola?

According to an article dated Aug. 7 in The Birmingham News, “Employees of the appliance store about three doors from the shop said [of the man they had known as George Workman, that he] was a quiet sort of guy who was just ‘in and out.’

“Residents said they thought he lived part time at his cabin and ‘often stayed at a room he rented in a downtown hotel.’ In still another account, Oneonta police Chief P. H. Handy was reported as saying [Workman] had lived in Oneonta ‘about a year [and] . . . was described as a ‘pretty good old boy.’”

Challenging those evaluations, resident Sue Cary, who lived across First Avenue from the barber shop, had a different account. In an Aug. 8 article the News noted, “she says she and her husband . . . never did cotton to the barber.”

Details which emerged in that Aug. 8 story portrayed Mayola as a 28-year-old, “born in D. C. where his father still live[d]… He ha[d] a step mother [and] half brothers and sisters….” The article adds that he had told “someone in Oneonta” that his “family considered him an outcast.”

He reportedly graduated high school in Hyattsville, Md., joined the Army in 1952 at age 19, went AWOL, and was discharged. The article added that he had had a 1955 sodomy conviction in Maryland and served 10 months on a two-year sentence.

The article continued reporting that on March 21, 1960, he was arrested in Long Beach, Calif., for molesting a child. He had pled guilty to a reduced charge of disorderly conduct with a sentence of a $105 fine or 10 days in jail.

At some point after his California stay, Mayola barbered at Fork Union Military School in central Virginia before moving to Alabama. He chose Oneonta for no identified reason and rented “a white-washed little building at the corner of First Street and First Avenue. . . with a shed in back where he lived until he built his shack out in the woods.”

An Aug. 7 article had described the barber shop in ominous terms, referring to it as “small and dingy” and noting a large cardboard hand-lettered sign, “Haircuts, 75¢ SPECIAL YOUNG BOYS — 50¢, only every Tuesday, Wednesday, and Thursday.”

[Next week’s account will reveal legal actions in Maryland and Mayola’s transfer from there back to Alabama.]