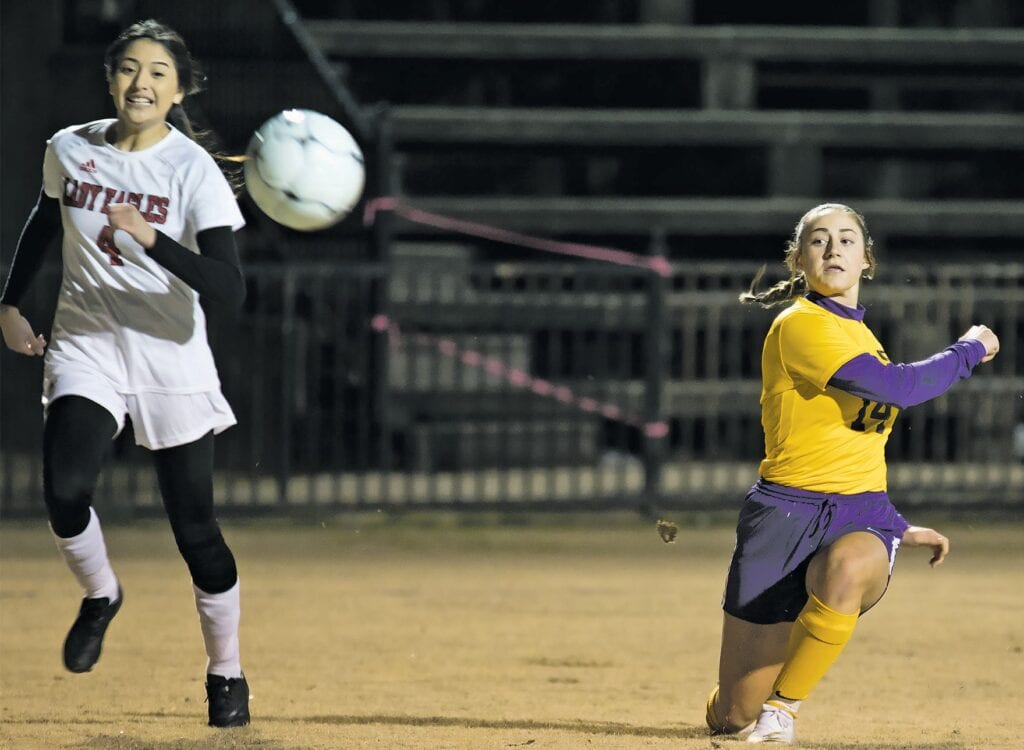 Its been nearly 11 months since fields, tracks, courts, and courses went silent as state officials shut down schools, ending seasons just as they had gotten started. Coaches and athletes have now navigated through the ups and downs of fall and winter sports with COVID and hopes are high for spring athletes who have been waiting for their time to shine.

The Lady Bulldogs kicked off the spring sports season last Thursday bringing home a big win in their season opener against the sixth ranked 5A Lincoln Bears. In the 3-1 victory, Claire Perkins scored two and Kristy Cervantes scored one. On Friday night, the Lady Bulldogs had no trouble getting past Douglas, winning 9-2. Perkins again led the charge with four goals; Clairbel Robles scored three; and Cervantes and McKayla Pruitt had one goal apiece.

Oneonta’s soccer teams hit the field last Thursday. The Lady Redskins came up short in a 1-5 loss to the Douglas Eagles. The boys shut out the Eagles 3-0. They travel to Mortimer Jordan Thursday. Girls start at 5 p.m. followed by the boys at 7 p.m.

In a little over a week, the Lady Wildcats softball team will kick off their 2021 season. They knocked the rust off participating in an umpire clinic in Oxford over the weekend. Against Ohatchee, the Lady Wildcats took the lead in the third inning on their way to a 5-2 victory. Hayden was down 1-2 in the bottom of the third when senior Lindsey Smith put the Wildcats up 3-2 with one swing of the bat hitting a two-run homer. Savannah Painter pitched all four innings giving up just two runs on three hits. She struck out eight and walked none.

The Lady Wildcats scored two runs early in their game with Springville holding on for a 2-0 victory. Mia Simmons got the win. She gave up no hits and walked only one. Painter closed out the game giving up just one hit.

Against Fort Payne, the Lady Wildcats fell behind early and couldn’t catch up falling by a score of 2-4. Simmons gave up four runs on five hits in the Wildcat loss. Olivia Armstrong got Hayden on the scoreboard in the first giving her one RBI while Ansley Armstrong’s solo home run in the fifth gave them two.