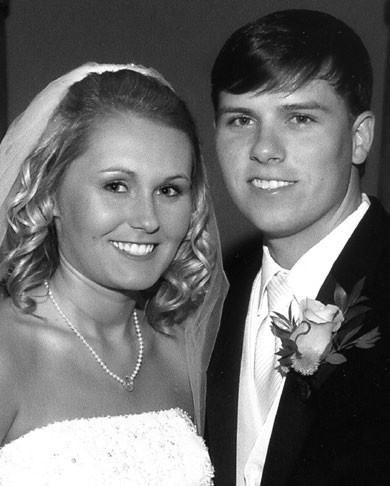 
The bride is the daughter of Mike and Karen Galbreath of Oneonta. Her grandparents are the late Billy Ray Murphree, Faye Galbreath and the late Jimmy Galbreath, all of Oneonta.

Following the ceremony, a reception was held at the manor.

The couple made a wedding trip to Gatlinburg and now reside in Oneonta. The bride is in nursing school, and the groom is employed as an air conditioning and refrigeration technical service representative.