‘…from these honored dead we take increased devotion…’ 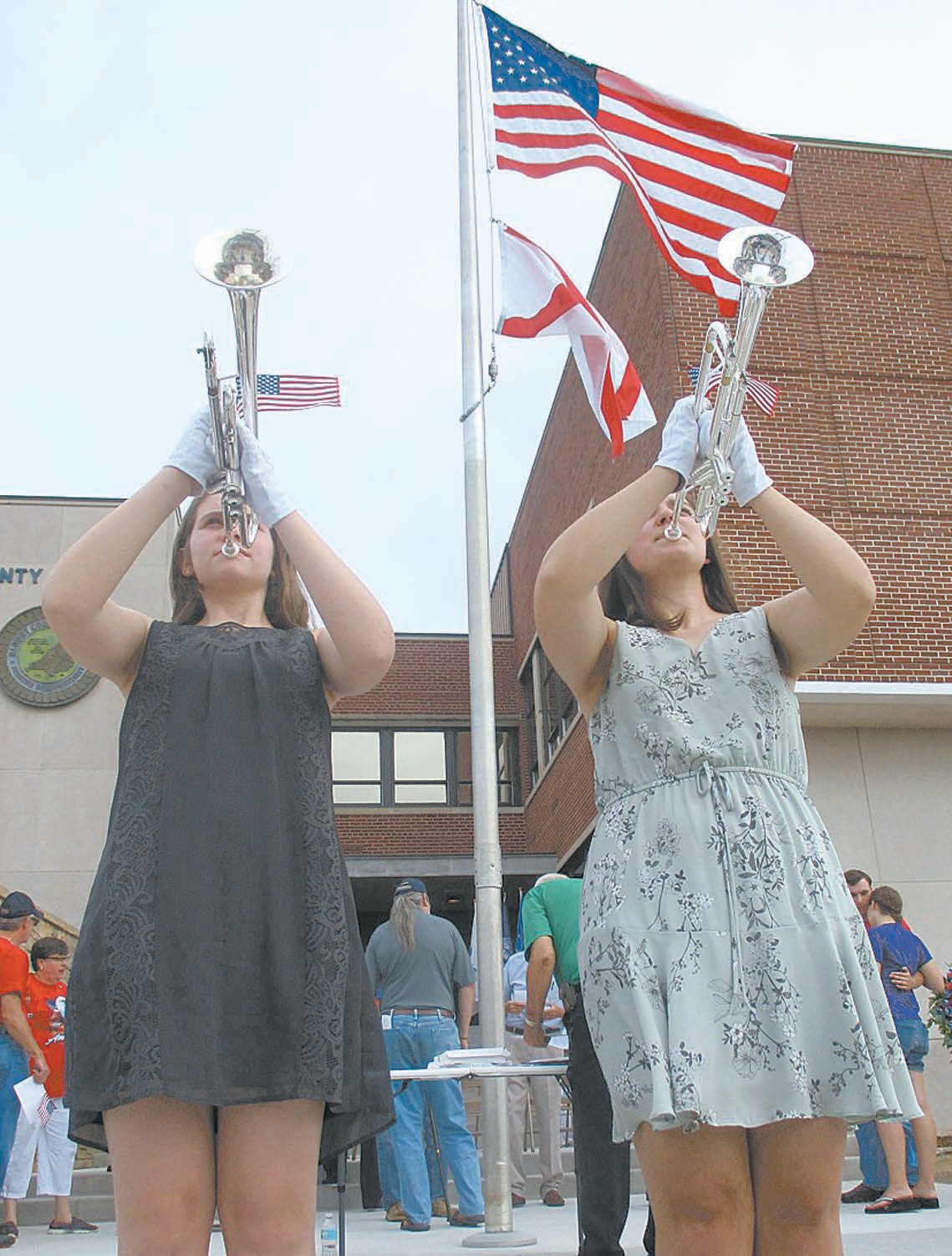 Patriots pledge allegiance to the flag at Blount County’s Memorial Day observance on the steps of the courthouse Saturday, followed by the singing of the national anthem. Guest speaker this year was retired U.S. Marine Corps Col. James E. Davis, who spoke on the history of Memorial Day, concluding with this tribute to all the country’s men and women in uniform: ‘They’ll do their duty. They will always do their duty. Thank God, they will do their duty. ‘ Heart of the hour-long ceremony, orchestrated by American Legion Post 72 and Disabled American Veterans chapter 28, is a calling of the role of all Blount County service members killed in U. S. foreign wars since 1914. Following the reading of names, a wreath is placed before the granite Blount County Veterans Memorial monument on the courthouse lawn. A highlight of this year’s ceremony was the fitting conclusion in light of the expanding role of women in America’s modern military: the playing of taps in answering echos, by women trumpeters from left, Leah Turner and Lauren Haygood, of the Oneonta High School Band.